Advertisement
Home / Opinion / Is Neymar walking down the Maradona path?

Is Neymar walking down the Maradona path?

Since his move to Paris Saint-Germain, Neymar has been injured often and has racked up numerous scandals 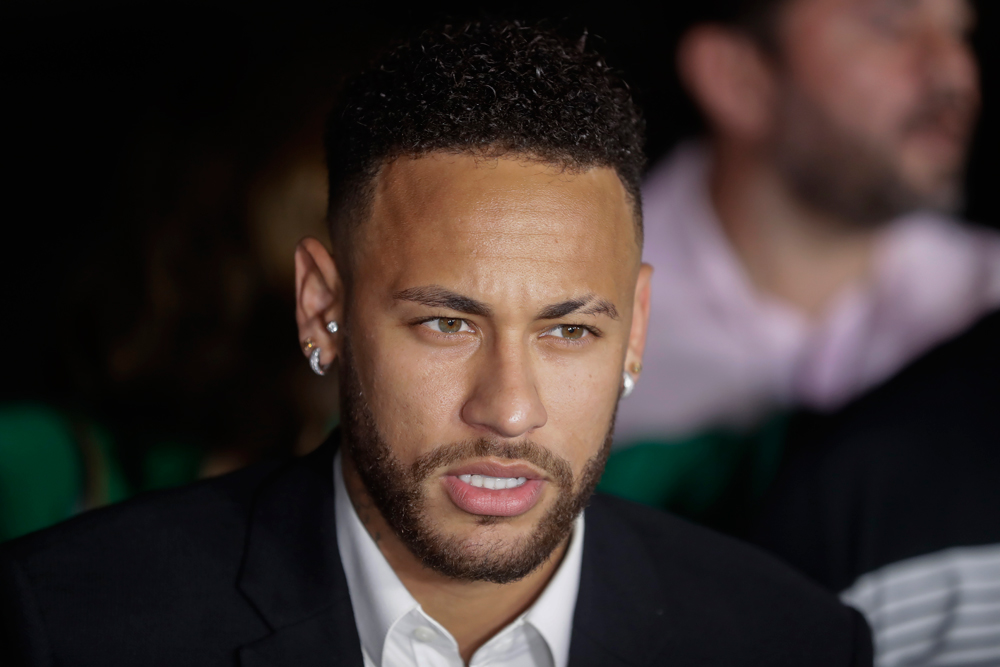 Sir — With the controversies that Neymar Jr. has been courting on a regular basis, it seems that he is going down the same destructive path that Maradona went. At the peak of his career, Diego Maradona was embroiled in drug-related controversies; a turbulent personal life affected his health and he has since been accused of tax evasion too.

Neymar was shining at Barcelona and, after Luis Suarez joined the club, was celebrated alongside Lionel Messi. Nicknamed MSN, they took the club to unscaled heights in the La Liga. But, since his move to Paris Saint-Germain, Neymar has been injured often and has racked up numerous scandals. He was recently banned from multiple games for bad on-field behaviour and was also removed from the Brazil captaincy. Neymar is young and as long as he recovers and concentrates on football, there is hope for him. Otherwise another shining star of the game will be lost.

Sir — When Charles Hickson and Calvin Parker Jr. claimed that they had been abducted by aliens in 1973, people struggled to believe them. Recently, the banks of Pascagoula river, Mississippi, the site of the incident, received a historical marker in the form of a plaque from a local community association. Parker, who was there for the dedication, continues to insist that the abduction did occur.

While alien abductions may sound outrageous, roughly half of all Americans believe in different conspiracy theories. Considering the fact that we are now aiming for human landings on Mars, one wonders if an alien invasion would indeed be unwelcome or a matter of celebration.

Sir — It was heartening to read that the three-month-old male lion cub who was rescued from smugglers in June is now happy at the Alipore Zoo hospital and has been fondly named Simba (“Lion cub longs for human touch”, June 25). The cub, possibly bred in captivity, was restless, but calmed down when released from the cage and allowed human company.

The story of Simba reminds us of Elsa, the lioness in Joy Adamson’s Born Free. Although Elsa was born in the wild, her love for George and Joy Adamson was a testament to the devotion that wild animals can develop towards humans. Simba also reminds us of the endearing story of the tigress, Khairi, and S.R. Choudhury, the forest officer who became her foster father. Unable to bear the death of Khairi in 1981, Choudhury passed away soon after. Similarly in Prabhat Kumar Mukhopadhyay’s short story Adorini, the lawyer, Joyram Mukhopadhyay, who rears the beloved elephant, too passes away following her death. The strong bond with animals is part of the human experience and thus, should be nurtured.

Sir — A lion cub longing for affection makes a good story, but that conceals the tragedy beneath. The smuggled cub was transported under dreadful conditions, possibly to be sold to a private owner for his amusement.

It is disheartening that Calcutta has become a major transit point for exotic pets and endangered species. It seems that awareness campaigns launched by the ministry of environment, forest and climate change have been unsuccessful. Awareness must be raised among civilians and lawmakers as well as the police so that such crimes can be minimized.

Sir — Deepam Chatterjee has written beautifully on the Battle of Kohima and gives due credit to the valour of Indian and British troops against the Japanese army in the World War II (“75 years on, ‘that great, bitter battle’ of Kohima”, June 22). While we read much about the European theatres of war, Southeast Asia is often overlooked. His comparison to the Battle of Thermopylae, where the Spartans fought the invading Persian army, was apt. The Battle of Kohima is largely unknown; this article emphasized its importance.