Insiders and outsiders in India's Northeast 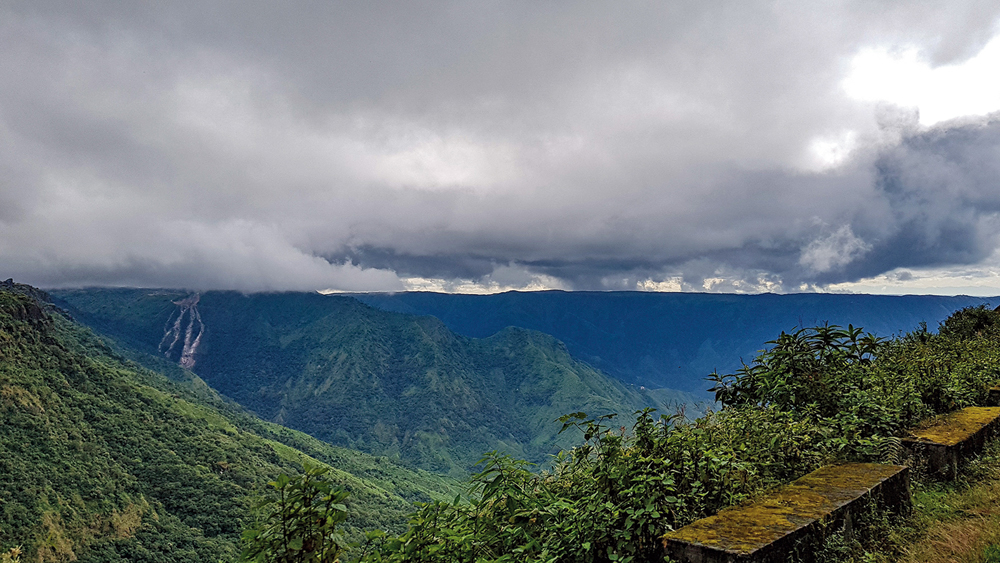 A view of Shillong, Meghalaya. The weather remains the same as in the time of anthropologist Verrier Elwin; otherwise, the city has changed beyond recognition
Pixabay photo
Ramachandra Guha   |   Published 05.07.19, 03:22 AM

Ironically — or perhaps tragically — the most beautiful parts of our country are also those most ridden with conflict and violence. They include the vale of Kashmir, the forests of Central India (and of Bastar especially), and the states of northeastern India.

I first visited the Northeast in the 1990s, following the tracks of the anthropologist, Verrier Elwin. Born and educated in England, Elwin came to India as a young man, and never left. Through the 1930s and 1940s, he worked with and wrote about the adivasis of Central India. In 1954, by now an Indian citizen, he moved to Shillong as an adviser to the government on tribal affairs. He died in 1964, but his wife and children lived on in Shillong, which is where I met them.

The Elwin connection initiated an interest in the Northeast that has remained. I have sought to follow, as best as I could, the contours of the complex relations between the region and the rest of the country. Broadly speaking, the seven decades since Independence have seen two kinds of conflict in the Northeast. The first is between insurgents and the Indian State, as in the Naga and Mizo rebellions, and the activities of United Liberation Front of Asom in Assam. The second is within the region, between different communities and ethnic groups living there. Scholars and writers have hitherto focused far more on the first form of conflict, perhaps because it impinges directly on the security and stability of the State. The second form of conflict, which involves digging deeper into the everyday experiences of the people, has received less attention.

This may now be changing. I have just read an illuminating collection of essays by writers from across the region — Insider Outsider: Belonging and Unbelonging in North-East India, edited by Preeti Gill and Samrat Choudhary. The book’s introduction foregrounds a central paradox; that while “people from communities that are majorities in India or the countries around its North-East live in the region as oft-persecuted minorities”, at the same time “there are real fears among the local communities of being overwhelmed by migrants”.

Some of the best essays in the book are on the town of Shillong. When Verrier Elwin moved to Shillong from Central India in the 1950s, he found it enchanting; its pine forests and bracing climate reminded him of the Alps. “I wish we had always lived here,” he wrote to his mother in England, “the air is delicious, like Swiss air, and it will probably add ten years to my life.” The weather remains the same as in Elwin’s time; otherwise, Shillong has changed beyond recognition. It has become larger, uglier and more disputatious, with deep and pervasive fault lines between so-called insiders and so-called outsiders.

In the 1970s, the North Indian parents of the future novelist, Anjum Hasan, came to Shillong to teach. In this book, Hasan presents a vivid childhood memory of a riot against so-called outsiders. The riot spreads to the neighbourhood in which this family of migrants lived. As the writer’s recollection goes: “Dozens of men, brandishing sickles, knives, meat cleavers and other impromptu weapons, are swarming through the garden that runs through the house. … [W]e are in the bathroom — children sobbing, grandparents panicky, parents tight-lipped. Our Khasi landlady, Mrs. P, lives next door… The men are running amok around us, banging on doors and shouting abuses. Opening the bathroom door to run to safety on the other side is out of the question.”

The recollection continues: “We sit frozen there, a family forced to reckon with its foreignness. But not for long. The hooting and thumping sounds from the garden are beginning to melt away. We cannot see her, but Mrs P is suddenly out there, reasoning with the mob. Leave them alone, they aren’t dkhars [outsiders], she shouts. They’re my people. Everybody knows it isn’t the truth, and the yet the rioters seem to succumb to the act of grace inherent in that lie. Or do they let us go because of who she is, the widow of a Civil Service officer, an aristocratic matriarch with severe butterfly-shaped glasses who thinks nothing of ticking off an armed mob as if they were truant schoolboys?’

Another fine essay on Shillong, by the historian, Binayak Dutta, is analytical rather than personal. It shows how the town was settled by waves of migrants — Bengalis, Gurkhas, Marwaris, Sikhs and others — and how, over the decades, the reciprocity and exchange that had once characterized inter-community relations were replaced by hostility and distrust. Thus Dutta writes: “Community relations in general became polluted with an air of suspicion and hatred. Rumour and rhetoric combined to poison common minds. Violence and forcible eviction from homes created panic, leaving people with no choice but to relocate to localities predominantly inhabited by their own community members. The town became completely transformed from a cosmopolity to a collection of ghettoes.”

In both these respects, Shillong resembles a much larger city located on the other side of the country. We know that some brave Hindus in Mumbai have come out to protect vulnerable Muslims from rioters; and also that over the decades this once effortlessly cosmopolitan metropolis has increasingly been segmented into ghettoes defined by language or religion. Human life in the Northeast can be like human life elsewhere in India; with generosity and mean-spiritedness, compassion and prejudice, jostling with one another for influence.

As a north Indian and Bengali respectively, Hasan and Dutta are, as it were, ‘outsiders’ to Shillong. Their contributions are insightful; but I wish, however, that this book had also included an essay by an insider, a Khasi with indigenous cultural claims to the town and the region. One would have liked to know, for example, how the emergence of Shillong as a state capital (of Meghalaya) and as the urbs prima of the Northeast has changed the internal dynamics of tribal society. Both electoral politics and the market economy are dominated by men; has this eroded the independence and autonomy of women that was traditionally such a visible feature of Khasi life?

An essay in Insider Outsider that I particularly liked is by Shalim M. Hussain, a Bengali-speaking Muslim from Assam. Called “Growing up Miyah”, it speaks of how, when the narrator moved to Delhi and joined a university whose ethos was dominantly Muslim, but North Indian Muslim, “I had to explain to my friends at the university why I didn’t know Urdu and commit blasphemy by acknowledging that I had never had biryani at home”.

In his own essay, Samrat argues that while there is by no means peace and amity, the violent conflicts of earlier decades have somewhat abated. As he writes: “Economics has trumped divisive politics for the moment. Whether the resumption of identity politics sparked by the National Register of Citizens in Assam, and the proposed Citizenship Amendment Bill, will allow this state of affairs to persist is moot. Across North-East India, it will take only a little communal foolishness for a return to the bad old days.”

In truth, the Northeast is threatened by much else besides the NRC and the citizenship amendment bill. Insider Outsider does not dwell on the ruthless extraction of the region’s natural resources by the so-called ‘national’ economy. Thus mining in Meghalaya and hydroelectric power projects in Arunachal benefit those of us who live in the Indian heartland, while leaving a trail of dispossession and devastation behind in the places where they occur. As political manipulation by the Centre is compounded by economic exploitation by India’s consuming classes, the Northeast’s troubles may continue.

Meghalaya is the abode of neutral clouds