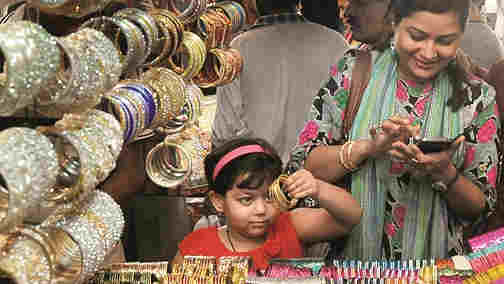 This year marks three decades of market-friendly economic reforms introduced in 1991 by the P.V. Narasimha Rao administration. Manmohan Singh was considered the mastermind behind breaking the shackles of the license-permit raj, an inefficient government, a stifled private sector, and a strictly controlled import regime. All these led to low economic growth, large incidence of poverty, an inefficient, unwieldy public sector, and pervasive corruption in public life. The foreign exchange crisis of 1991 forced a weak government to take the help of the International Monetary Fund and the World Bank to open up the economy to cheaper imports, easier flows of foreign investments, liberalized domestic manufacturing and services, and a government committed to refraining from domestic economic controls as far as possible.

While these measures were hailed by private businesses in India and abroad, not everyone was convinced about what these reforms would actually yield. The then Opposition — the Bharatiya Janata Party and the communist parties — was vocally opposed to the ‘selling’ off of the nation to foreign economic interests. However, during the 1990s, all major political formations in India had a chance to run the Central government. By the end of the decade, a silent consensus regarding reforms was reached in the polity. There were noises made about the details of policy-making but no one openly critiqued the idea of opening up the economy, as some had done in the earlier years.

The 1990s saw a number of changes in the economy. Policy reforms did take place but growth was not spectacular. It roughly exhibited the same trend as in the 1980s. The economy was more open though. This was also the era of the coming of information technology and the discovery of the comparative advantage that India, as a low-wage economy with lots of cheap labour, possesses. There was a gradual shift of the economy towards services. This was also the time when China was making giant strides into manufacturing and India was taking gradual steps towards the making of a service economy. By the turn of the century, India’s growth rate began to increase and for the first 15 years of the twenty-first century the GDP growth rate was impressively high and certainly comparable to that of China.

Not that the entire agenda of economic reforms was completed. It is incomplete even now. For instance, the kind of reforms the IMF or the World Bank would have wanted in financial markets, labour markets, agriculture, or the privatization of the public sector, are far from complete. Many of these are politically difficult; witness the resistance labour market and agricultural reforms introduced by the current government is facing.

If one were to describe, in broad brushstrokes, the changes in the Indian economy during the last thirty years, one would have to mention, possibly at the very outset, the visible growth of an urban middle class that is enamoured of consumerism. New goods, new lifestyles, new malls, the seduction of shopping from home, eating out, wearing designer clothes and jewellery, watching cable television and owning a car or a two-wheeler — these have become the distinguishing features of the new middle class. This class aspires to consume even more, purchase the latest gadgets or the latest model of an existing device. These people have little concern for social causes, for political issues, or even concern for neighbours and the extended family. These people are not rich by any stretch of imagination. A reasonable estimate would be that such a family of four members could be making around Rs 40,000 to Rs 50,000 a month. However, new goods and new brands are available aplenty and have become reasonably cheap. There is always the hire purchase scheme or the EMI from a loan from the bank, or the ubiquitous credit card to defer payments. For this class, the credit market is now much more accessible compared to the twentieth century. Jobs are a little easier to get, especially with the spectacular rise of the tail-end of the IT industry: the world of IT workers in back offices and call centres. This consumerism marks a class on the go: impatient, intolerant and self-centred. It lives in the world of social media.

That, however, is only a small part of the story. The majority of Indians, somewhere around 80 per cent of the population, has not had the same experience with economic reforms. The deprived and vulnerable, with poor healthcare and inadequate, low-quality education, have continued to live on the margins of the economy. Even with new investments, the prospects of new jobs, especially those that require low skills and minimum education, are rapidly vanishing. Technology has increased labour productivity almost ten-fold. According to a recent estimate, a 4 per cent growth in earlier days would result in a 2 per cent increase in employment. Now an 8 per cent growth results in only a 0.5 per cent rise in employment. Jobs disappear rapidly, new jobs get created but are few and far between, and that too only for skilled, educated people. No wonder the government has been putting a great deal of emphasis on creating entrepreneurs who, if successful, would be self-employed and not crowd the labour market.

New investments for capital accumulation require new resources like land and machinery. This displaces a set of marginal people from their homes and jobs. Unlike during the early phase of industrial development, new jobs are not created to re-absorb the displaced into the main economy. They have to survive in a burgeoning informal sector. These people comprise the nascent useless class that will swell over time. Thanks to political democracy, however imperfect, this class is aided by politicians to eke out an existence, simply because it is a vote bank. These people form a society of refugees in their own land who negotiate deals with local politicians for daily living outside the ambit of the laws of the land. In many cases, as the class begins to swell, the State has begun to find ways and means of leaving as many of these people outside the electoral rolls as possible.

This type of growth and development has created massive degrees of inequality in wealth and income distributions during the past three decades. Rapid growth with new technologies creates a jobless development, which accentuates inequality, and the rising inequality drives a pattern of growth that enriches the small consuming class. Despite the façade of glitter and sparkle, economic reforms have failed to transform the lives of the majority of Indians. The New India that reforms have engendered has led to systematic deterioration in the quality of life. In many parameters used to rank nations, India has slipped considerably in the past few years: from worsening environmental degradation, to greater incidence of hunger, to failing human development, to the shrinking of democratic rights and the loss of media freedom. A corporate oligarchy has grown powerful and influential and has decisive influence over the political class.

Capital is on the move. India’s faltering democracy may still be able to tame some of its brutal consequences. However, this may not be possible for long as public institutions and civil liberties erode rapidly. On top of that, the unanticipated pandemic has exposed many hidden scars of the economy. When the pandemic ultimately fades away, the viral dregs will be thick. The economy is already frail and fractured, and the rulers of India’s elected autocracy may have to further tighten their grip on the political whip.