We need people in government who ask intelligent questions 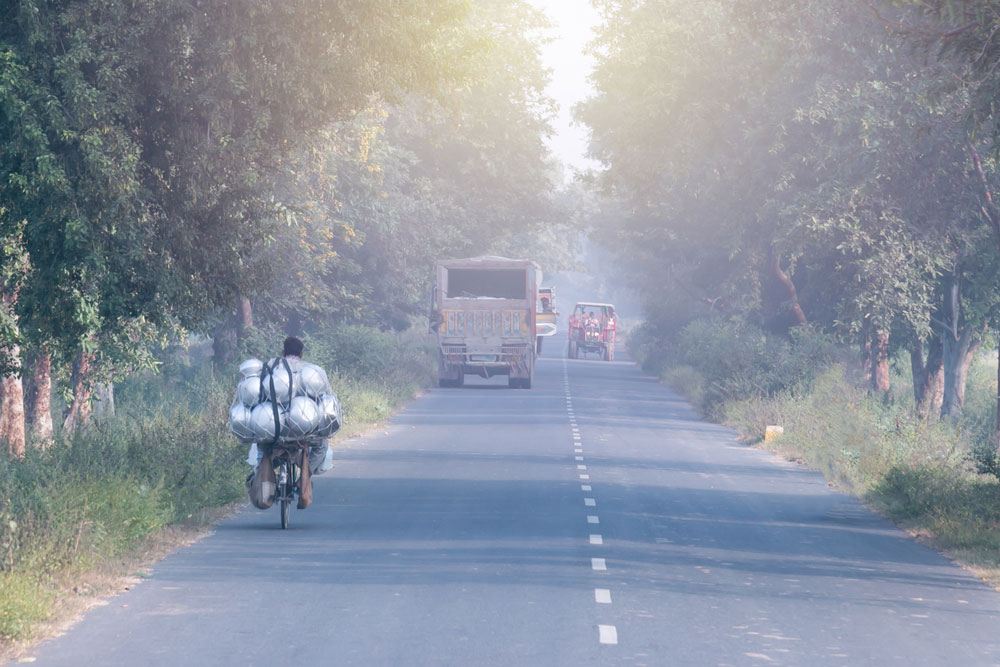 Four years after roads were built under the Pradhan Mantri Gram Sadak Yojana, researchers found no impact on rural assets, agricultural investments or consumption. But the roads did lead to greater movement between towns and connected villages, and especially led villagers to go and work in towns
(Shutterstock)
Ashok V. Desai   |   Published 02.07.19, 03:21 AM

Sam Asher of Oxford University and Paul Novosad of Dartmouth College have been studying the impact of infrastructure development, principally roads, in India. They used the brightness of electric lights at night as index of prosperity. Some of their findings are interesting and thought-provoking.

Constituencies that elected candidates from the ruling party experienced higher growth of private sector employment, and had more lights at night; shares of companies that operated in those constituencies performed better. More mining licences were issued in constituencies that elected ruling party politicians. When mineral prices went up, more criminals contested elections, became richer, and committed more crimes. This influence of elected politicians on local services and development is peculiar to India. In other democratic countries, local services are under local authorities, and are provided to everyone irrespective of which party he supports. In India, politicians use local utilities to exercise patronage — India is more in its old feudal age than in a new democratic age.

Amongst closely won constituencies, those that were won by ruling party candidates grew 7.3 per cent faster than those that were lost over a five-year period, and their night lights were 4 per cent brighter. This is further evidence of the influence of politicians on local utilities. Stock prices of companies which had headquarters in those constituencies went up, in the short run at any rate. This effect is confined to closely won constituencies; constituencies that won with a large margin did not grow faster than those lost with a large margin. It probably has something to do with political favours to companies such as access to land and electricity. Bank credit did not go up any faster in those constituencies; banks do not seem to have been under the same political influence.

While the Golden Quadrilateral was being constructed, forest cover within 100 kilometres of it started falling and continued to fall after it was built. The construction of the North-South/East-West highway similarly reduced forest cover within 100 km, but the impact was less pronounced. Construction of minor roads between villages had no observable impact on forests. The deforestation connected with major highways would seem to be related to the opening up of new urban markets for wood.

Night view of Santacruz-Chembur Link Road in Mumbai. A major impact of the reforms of the 1990s was the opening up of the economy, which took work to ports and airports. The cities were where people got better jobs and earned more. But in villages there was no such impact.
(Shutterstock)

Four years after roads were built under the Pradhan Mantri Gram Sadak Yojana, Asher and Novosad found no impact on rural assets, agricultural investments or consumption. But the roads did lead to greater movement between towns and connected villages, and especially led villagers to go and work in towns. Their children went to school for more years, and did better in examinations. It would appear that while the roads did not make villages more prosperous, in the short run at any rate, they made people more mobile, increased their employment and earning opportunities, and they consequently invested more in their children’s education. This effect was, surprisingly, more on middle school than primary school attendance. Roads did not lead more small children to go to school; but more older children went to school. The results of both primary school and middle school children improved; roads apparently led to better attendance in schools, and consequently to better examination performance. This suggests that road connections do not lead to the rise of new economic activities in villages; villagers use the roads to access employment in nearby towns with which they get connected. It also means that they do not migrate to the towns; they go and work there while they stay in their villages. It probably thereby reduces overcrowding and slum development in towns and the resulting deterioration in residential quality. It is well established that the proportion of unskilled workers working in agriculture has been falling. It may be that they prefer to work in towns, where wages are higher; roads improve their opportunities to do so.

One consequence of rising prosperity is intergenerational mobility: children get educated and get better work. After the reforms of the 1990s intergenerational mobility went up in cities, in the south, in places where people were more educated, and amongst scheduled castes, but it actually went down amongst the minority community. On the average, it did not change. A major impact of the reforms was the opening up of the economy, which took work to ports and airports. And new industries and services were concentrated in cities. These were the places where people got better jobs and earned more. But in villages there was no such impact — no new activities, no rise in incomes. And discrimination against the minority community is built into Hindutwit India; development tends to get concentrated amongst Hindus. Low-income activities such as small trading and transport which are left to the minority community may well have increased with development; but discrimination perhaps prevents its members from rising into new, more productive activities.

What characterizes development internationally is that it increases activity to a point where the economy begins to run out of unskilled labour, and the work that it does is mechanized or eliminated. Development in India has obviously increased demand for labour; that is behind the fall in the share of agriculture in the labour force. But it has not caused labour shortage to the point where even minority community members would get better work.

But according to official statistics, India’s gross domestic product has been growing at 7 and 8 per cent for almost 15 years — that is, it must have grown 2.75 times, while population grew by about 25 per cent. That means that productivity must have gone up by 120 per cent, and so should have incomes. How is it then that the economy is not running short of labour? It is a conundrum. One answer may be that the increase in incomes is concentrated in a certain proportion of the population, and that the minority community and those who stayed in villages are not a part of it. But there may be other answers. We do not know, and we need to find out. The periodic surveys of the department of statistics do not give a good enough answer; and they are being discontinued by the present government. We should not aim to become more ignorant. There are basic economic questions to which we do not have answers so many years after Mahalanobis. We need people in government who would ask intelligent questions, and would not congratulate themselves for their ignorance. And Asher and Novosad should not have to study the Indian economy on the basis of lights seen from the stratosphere. Researchers from all over the world should be invited to study and research India; whatever they discover will be our knowledge of our country.