It is worth noting that unlike in India, where the benefits of economic growth are being enjoyed by a tiny segment, Bangladesh’s prosperity is broad-based 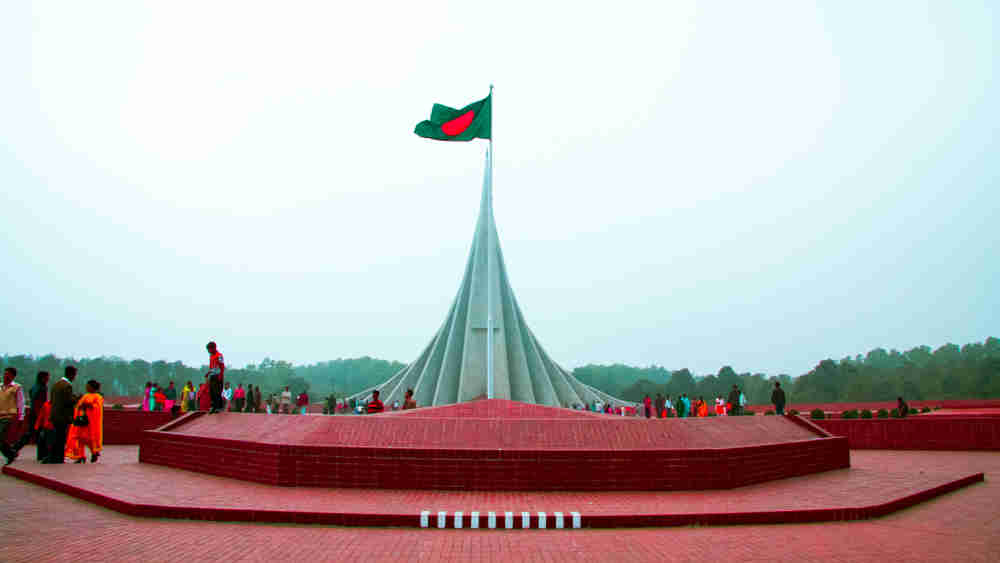 Bangladesh has gone ahead of India in many respects in recent years. Its GDP per head is now higher than that of India. To put this in perspective, on average, a Bangladeshi earns 51 per cent more than someone from Uttar Pradesh and 16 per cent more than an Assamese citizen. Aside from GDP per capita, Bangladesh’s performance in the progress of quality of life is outstanding as reflected in social indicators. Life expectancy is estimated to be about three years longer in Bangladesh than in India. One of the many lessons that Bangladesh holds for India is its remarkable success in reducing fertility, from a high of 6.3 children per woman in 1971 to two children per woman in 2018. The significance of this achievement is best understood after taking into account Bangladesh’s situation at the time of its independence.

When Bangladesh’s war of independence ended, the economy was in tatters. The GDP contracted by 7 and 15 per cent in 1971 and 1972, respectively. There were severe problems of mass illiteracy, hunger and malnutrition. The infant mortality rate stood at 158. The birth of Bangladesh was promptly dismissed as a ‘basket case’. However, the young nation demonstrated two things to the world. First and foremost, its impressive economic advancements stand in stark contrast to the neo-Malthusian predictions on the future development of underdeveloped countries. Two, Bangladesh’s success story is also distinguished by the fact that it did not employ a coercive approach like a one-child or a two-child policy to lower fertility rates. Bangladesh’s policymakers purposely avoided taking that line and, instead, implemented a voluntary family planning programme. More importantly, Bangladesh implemented human development programmes — especially girls’ education — to influence the determinants of fertility. The Female Secondary Stipend and Assistance Programme, which provided stipends and tuition waivers to girls attending secondary school, was instrumental in increasing secondary school enrolment for girls from 39 per cent in 1998 to 67 per cent in 2017. Evaluations suggest that the conditional cash transfer programme did not only improve education outcomes but also led to a decline in early marriage.

The government also undertook other initiatives to enhance overall human development. Bangladesh’s child immunization programme achieved near universal coverage. The national sanitation campaign made the country nearly open-defecation-free in 2016, and this has significantly contributed to improving health and hygiene conditions. Also, Bangladesh’s successful drive against childhood diarrhoea and the consequent reduction of diarrhoea-specific mortality is another high-achievement tale. In nutrition, especially child nutrition, Bangladesh fares enormously better than India. Twenty-two per cent children are underweight in Bangladesh (2017-18); the figure is 35 per cent in India (2015-16). The key factors that are believed to be responsible for the improvement in nutrition include improving incomes, women’s education and wider access to healthcare.

It is worth noting that unlike in India, where the benefits of economic growth are being enjoyed by a tiny segment of the population, Bangladesh’s prosperity is broad-based. Bangladesh’s story is also special because it has successfully reduced fertility much faster than many Hindu-majority states of India by addressing the underlying causes of poverty and underdevelopment. Differently put, the Bangladesh experience reiterates that inclusive economic growth accompanies lower birth rates. To explain, raising living standards beyond subsistence levels refers to increasing opportunities for off-farm work, higher educational achievements and better health, leading, in turn, to changes in families’ motivation for having children and declining fertility.

The progress in human development indicators is sluggish in India, particularly for the economically backward states. For instance, in Bihar, as per the NFHS (2019-20), the IMR is still very high (47 per thousand live births) and has been stagnating for years; 42 per cent of the women are illiterate and only about 29 per cent completed 10 years of schooling. Besides, the female work participation rate (4.2 per cent and 2.5 per cent in rural and urban areas, respectively, in 2017-18) is substantially below Bangladesh’s FWPR at 33.9 per cent. The poor socioeconomic conditions of families keep the average age of marriage low in Bihar, leading to a large number of women getting pregnant and bearing children in their teens, thereby contributing to both higher fertility and mortality. The demographic situation in the other Hindi heartland states is more or less similar.

As India’s population size is still increasing and the overall well-being of a large majority is yet to reach the desired level, many think that there must be something wrong with India’s population policy and that there is a need for compulsory government control to achieve smaller family size. However, according to the latest data, on average, women are having less than two lifetime births in two-thirds of the bigger states. Only six states — Bihar, Madhya Pradesh, Rajasthan, Uttar Pradesh, Jharkhand and Chhattisgarh — where women regardless of their caste or religion are also bearing lesser number of babies than their mothers, are yet to achieve the replacement level fertility.

But coercion is not the answer to their population woes. These demographically sick states would do well if they take cues from Bangladesh, which is working on enhancing the capabilities of young people and empowering women. The most important takeaway from Bangladesh’s case is this: high fertility is not the cause but a symptom of a deeper malaise like poverty.