There is a lesson here for leadership in other fields: belief in and imparting of skill to the youth can have a transformative impact on the nation as a whole 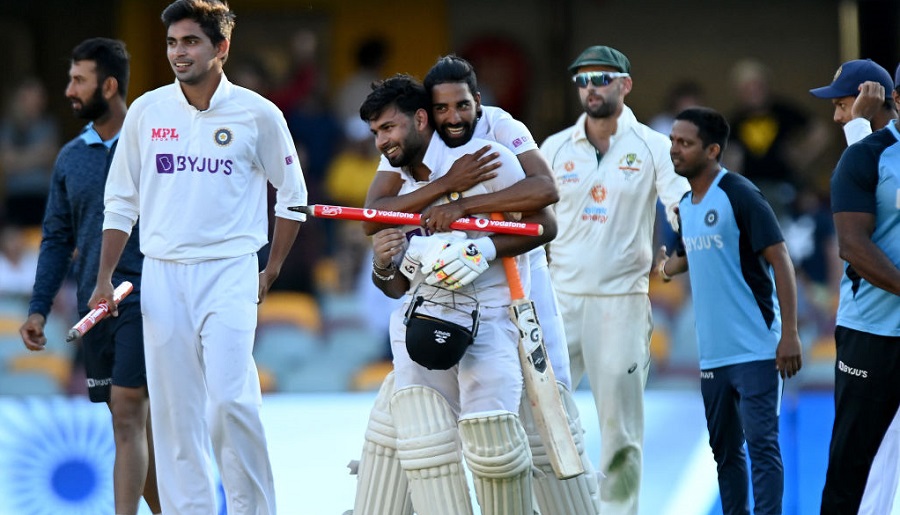 Rishabh Pant celebrates victory with his teammates after day five of the 4th Test, in Brisbane on Tuesday.
Getty Images
The Editorial Board   |   Published 20.01.21, 12:53 AM

India retaining the Border-Gavaskar Trophy — this was India’s second consecutive Test series win Down Under — can be compared to the fable of the phoenix. Having been humiliated in the opening Test where Virat Kohli’s men were bundled out for 36 in the second innings, India, under the able leadership of Ajinkya Rahane, the stand-in skipper, have risen from the ashes of shame, much like the proverbial phoenix, to create cricketing history. Facts will suggest that this is a history to be proud of. India has become the first country to beat Australia in Brisbane since 1988; India’s successful run chase also smashed an older record at the same ground. Yet, these feats are not enough to capture the courage and resilience shown by India’s young cricketers. Taken together, the total number of Tests played by India’s rookie bowlers at the Gabba was — astonishingly — four. Their inexperience was a direct fallout of injuries sustained by multiple regular players. But the young men turned adversity into an opportunity, playing as a unit — the triumph was possible on account of contributions from several cricketers — to beat the Australians in their own den. The unity, grit, skills and morale shown by this young league of extraordinary gentlemen makes this one of the finest moments in Indian cricket.

History, however, is not made in one day. It is a cumulative process. India’s formidable bench strength — a second-string side took the field in Brisbane — is the result of the foresight of the Board of Control for Cricket in India that has invested heavily not only in infrastructure, coaching, tournaments — the Indian Premier League has yielded riches — but also in the raw potential of youth. There is a lesson here for leadership in other fields: belief in and imparting of skill to the youth can have a transformative impact on the nation as a whole.