It is time India explores the advice of Sun Tzu, the Chinese war strategist, who said, 'It is more important to outthink your enemy, than to outfight him 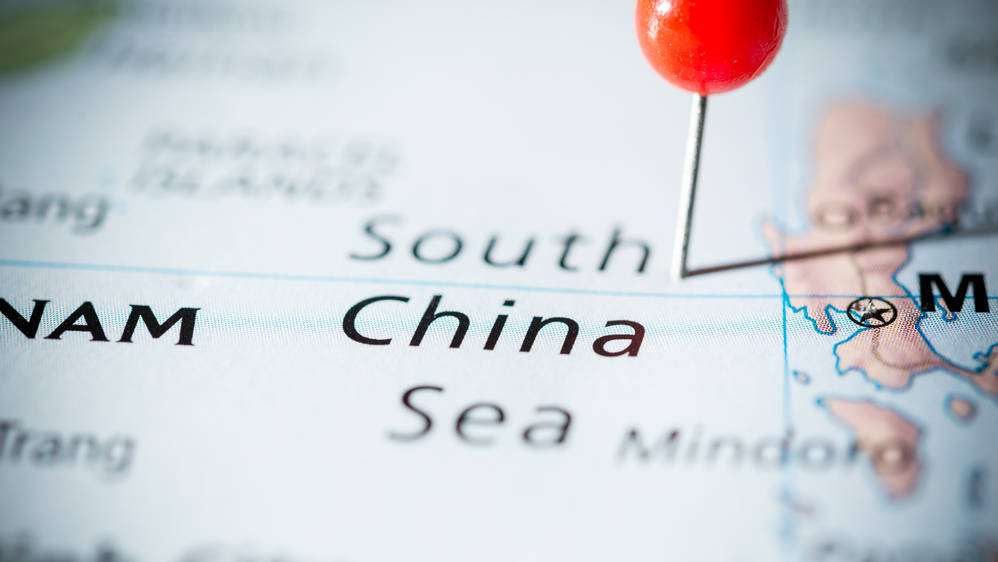 The South China Sea has overlapping territorial claims by a number of countries in East and Southeast Asia.
Shutterstock
Pranay Kumar Shome   |   Published 13.09.21, 02:03 AM

India recently despatched four warships to the disputed South China Sea region to enforce its maritime claim over the world’s most contested waters. While geopolitical analysts and foreign policy pundits may dismiss this as a routine exercise, it reveals India’s unwillingness to remain a silent bystander. It also signals a paradigm shift in India’s strategy where Beijing is concerned.

The South China Sea has overlapping territorial claims by a number of countries in East and Southeast Asia. These maritime territorial claims assume significance because the region is rich in hydrocarbon reserves and is an excellent chokepoint for any major power. In his book, Asia’s Cauldron, Robert D. Kaplan highlighted that the South China Sea region is responsible for the passage of 75 per cent of South Korea’s and 90 per cent of Japan’s oil and natural gas imports. Significantly, more than $200 billion worth of India’s annual trade happens through this strategic waterway. From a resource and strategic point of view, this region is thus a goldmine. India can ill-afford to remain aloof about developments in this area.

India’s unexpected aggression has taken Beijing by surprise. New Delhi must not let go of this opportunity. A new way of tackling the dragon in its backyard is by putting up a collective show of solidarity. At a time when the global public opinion is against China over its alleged role in the outbreak and spread of the Covid-19 pandemic, India can gain an upper hand by enticing its Quad partners to organize naval exercises in the disputed region. Australia and Japan, with whom China’s relationship is at an all-time low, can become natural allies for India in taking on the dragon. The South China Sea region can help India take the fight to the dragon’s doorstep. New Delhi can also persuade Beijing’s neighbours, particularly Vietnam, Philippines and Malaysia, who are at the receiving end of Chinese aggression, to join hands with it to rightfully settle their sovereign maritime claims in the region.

India can build a N-4+, that is a naval coalition of the Quad plus other countries to curb the dragon’s belligerent behaviour. It can extend the vaccine alliance it has built among Quad members to include these countries as well to counter Beijing’s medicine diplomacy, which has already spread to many countries.

A key aspect of outwitting China in this great power game would be to enlist the support of Taiwan, which has tried every possible method of protecting its sovereignty against Chinese aggression and has been largely successful. India must reach out to Taiwan by selling it the BrahMos supersonic missiles and its Light Combat Aircraft, Tejas, for instance. Taiwan will prove to be a reliable ally in this great game because it, too, has claims in the South China Sea region. What makes Taiwan the trump card for India and the Quad is that Taiwan is a robust democracy with liberal social and political institutions. It also has a booming economy and has been one of the countries most successful in tackling Covid-19.

Enlisting the support of Taiwan will allow the Quad, especially India, to shed its Beijing-centric foreign policy. New Delhi will also be able to concentrate on cultivating ties with a country that, despite its small size, can prove to be an effective counterweight to Beijing. This outreach will also send a message to Beijing that India and its allies will no longer accept the erosion of the current world order; rather they will vigorously challenge China’s hegemony, and its model of development and governance, defending a rules-based liberal international order.

If India and its Quad partners can emerge victorious in this great game, then a new multilateral order will emerge where India commands dominance. It is time India explores the advice of Sun Tzu, the Chinese war strategist, who said, “It is more important to outthink your enemy, than to outfight him.”