In the global spitting fraternity, India is Big Brother

It would be problematic to suggest that it is only the subaltern who speaks through sputum. For the spit has truly been gentrified 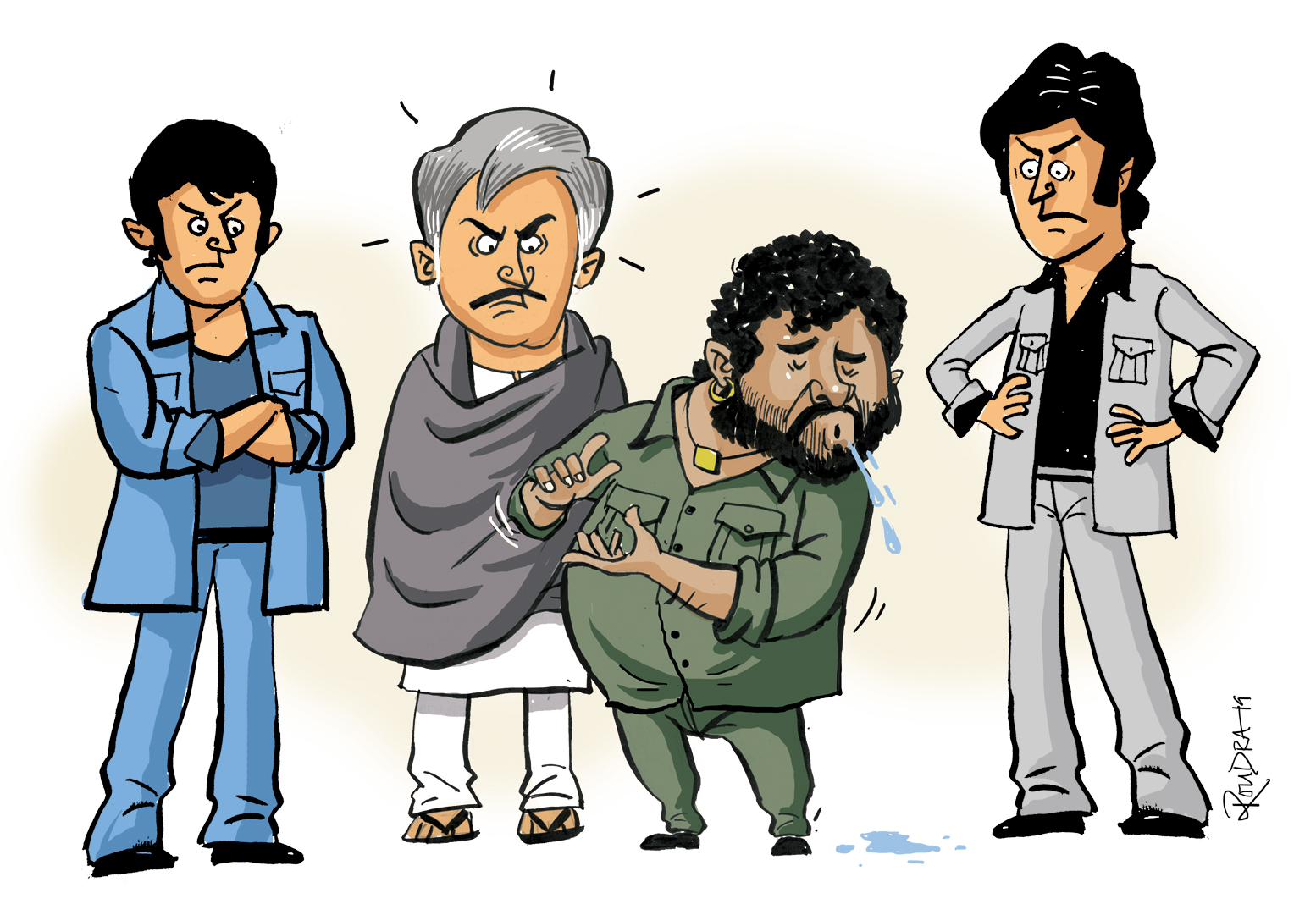 An examination — the sociology of expectoration, if you like — would show that cultures across the world have often been split on spit, thereby rendering a degree of impotence to law and its application
Illustration by Roudra Mitra
Uddalak Mukherjee   |   Published 28.08.19, 07:57 PM

It is unlikely that India has heard of Mahesh Kumar from the Amdavadi suburb of Naroda. But Mr Kumar has a serious claim to fame. Or infamy, if you will. Some months ago, the gentleman became the first ever Indian citizen to have been fined for spitting in a public place.

Mr Kumar thus spat himself into India’s municipal record books, carrying an e-memo of his violation and a wallet made lighter by a sum of one hundred rupees.

This petty fine, arguably, reflects the legal and societal ambivalence towards the showers of spit that rain down upon our public spaces and edifices. This desecration is not without serious consequences. The venerable Howrah Bridge in Calcutta has been threatened by the deadly combination of saliva, betel leaf, areca nut and lime. Yet, Bengal’s Prevention of Spitting in Public Place Act, 2003 initially thought that a fine of Rs 200 would keep human spit vipers at bay. Laws in other cities have been known to be as effete. Madras’s Health Act, a piece of colonial legislation, punished spitting with a piddly sum. New Delhi’s draft sanitation by-law agreed upon Rs 250 as a fine. Mumbai thoughtfully introduced ‘Clean-up Marshals’ — they were empowered to impose fines of up to Rs 1,000 — but the initiative was discontinued after the personnel started lining their own, and not the BMC’s, pockets. The toothlessness of these laws defies logic, for spit can be the proverbial pot of gold for cash-starved municipalities. Santragachi station had hit the jackpot once, mopping up Rs 13,000 in merely six hours from an anti-spitting drive. The regurgitation of saliva, it has been reported, makes the Eastern Railway richer by around five lakhs every month.

The law is an ass because of the blinkered eye of its minders. An examination — the sociology of expectoration, if you like — would show that cultures across the world have often been split on spit, thereby rendering a degree of impotence to law and its application. The British sociologist, Ross Coomber, may have identified India, China and Indonesia as capitals of phlegm, but there is evidence that the arc of solidarity built around balls of spittle is wider. While on a visit to the United States of America in 1842, Charles Dickens had observed wryly that Washington “may be called the head-quarters of tobacco-tinctured saliva”. Leicester, in England, may have warned Gujarati residents of a hefty fine for their pursuit of the pleasure of ‘hawking’, but what Dickens had chosen not to confess is that Europe was remarkably tolerant of the dribble until the late nineteenth century.

India is only one member of the global spitting brotherhood. But India can fancy itself to be the Big Brother here: not many countries have been known to fight fate with fluid. North Indian mothers had once thought nothing of dabbing their children with spit as protection from the dreaded evil eye. This spectre, Greeks believed, could also be neutralized by spitting — not once but three times — after paying a compliment to a person. Kenya’s Maasai people lace their palms with saliva before shaking hands as a sign of respect and luck. The literary imagination has occasionally attempted to wash the ignominy off spit. In Midnight’s Children, Salman Rushdie uses the spittoon and, by extension, spitting, as a device to keep oneself moored — and to remember one’s moorings — in the face of the onslaught of experiences, voices and realities. What keeps the memory of self and nation fortified against the invasion of forgetfulness in this Rushdian universe is the act of ejecting betel juice. Spitting’s hall-of-fame moment has also been sealed by art conservationists. Their discovery of saliva’s capacity to remove stains from the surface of priceless artefacts reiterated, inadvertently, Art’s mischievous potential to blur the lines between purity and pollution.

However, rising concerns about health — the relationship between slobbering and tuberculosis is undeniable — may have led to the disintegration of some of these cultural affinities. What administrations choose not to concede is the need for health campaigns to recognize the stubbornness of the residual memories of such lost rituals as well as the emblematic power of the drool. The public discourse on spitting attributes India’s spit personality to consumption patterns — Indians are voracious consumers of paan, lax laws and tardy implementation of these lax legislations. So much so that even the prime minister’s formidable swachhata broom has not been able to rid India of the stain. Why? Perhaps the sociology of the Indian ‘goblin’ could shed some light on the Invincible Stain.

A sense of visceral disdain and confrontation informs the act of spitting. In societies riven with inequalities, the coughing out of a pollutant — bodily fluids are usually seen as impurities — gets transformed into a cathartic act. It is the social underdog’s code of simultaneously defiling the purity of regulations and challenging the prejudices that he reasons are responsible for his marginalization. Gabbar Singh, India’s pre-eminent cinematic villain, is seen spitting often in the cult film, Sholay, in an effort to communicate unambiguously his contempt for the markers to tell the savage from the civilized. The Punk Movement, synonymous with its defiance of the Establishment, idolized ‘gobbing’ — the spectacle of a concert crowd spitting at music bands — as a gesture of appreciation. There have been unforeseen consequences of such idolatry. The lead singer of The Clash, a post-Punk band, ended up catching hepatitis after accidentally ingesting a gob of admiration.

It would be problematic to suggest that it is only the subaltern who speaks through sputum. For the spit has truly been gentrified. India, once again, offers proof of this shared virtuosity.

At our traffic signals, as the lights turn from green to a split-second amber to red, doors of vehicles open together, as if in tune to an invisible orchestra, and drivers and vehicle-owners, caught in one levelling, democratic, revolting frame, freeze momentarily to spit out sienna globules of slime in unison.

Being a nationalist is a lot easier than being civilised