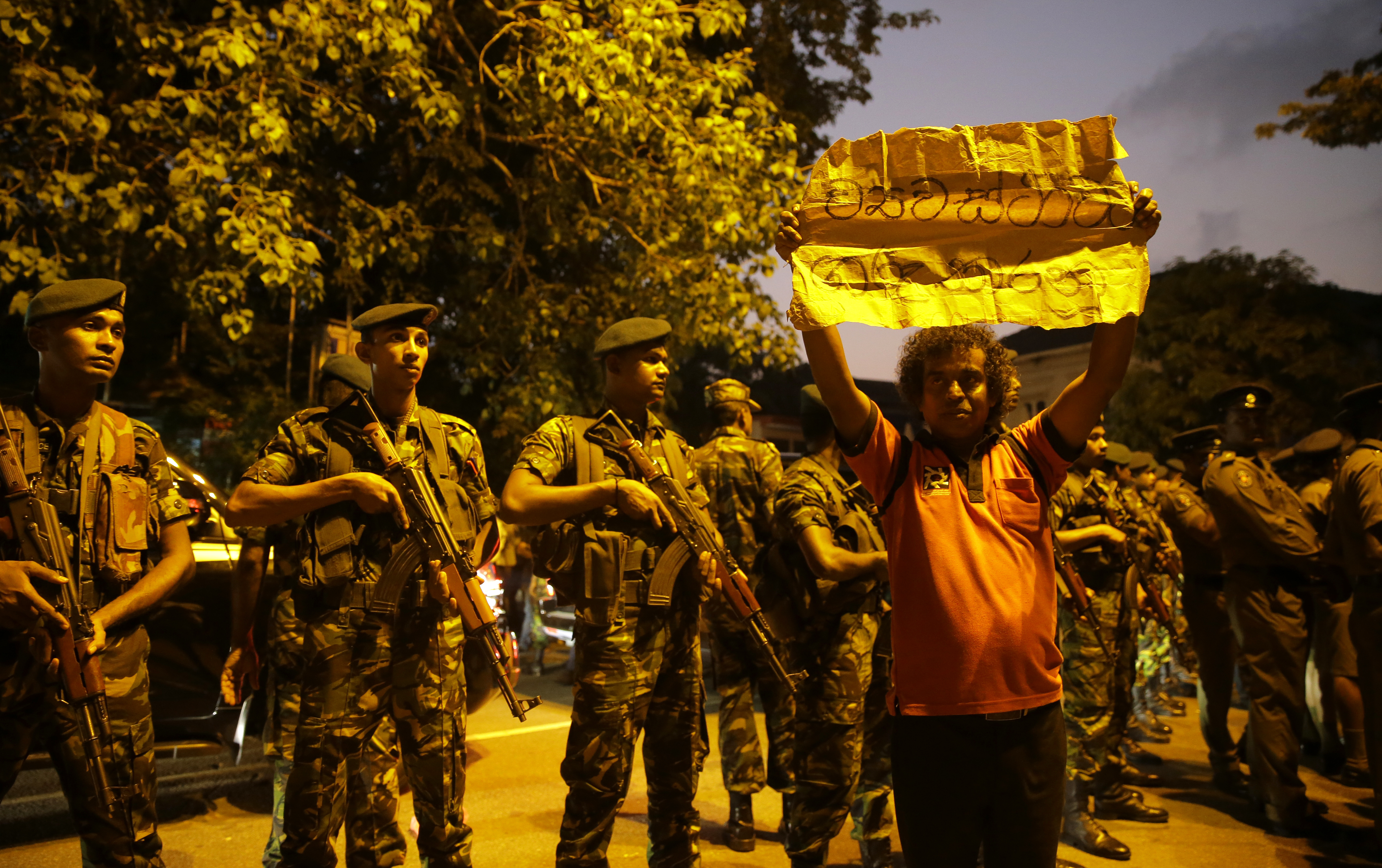 K.P. Nayar reported for The Telegraph as a foreign correspondent from Washington, DC, for 15 years

This week’s dramatic developments in Colombo are unlikely to end Sri Lanka’s political crisis. Fundamental to the latest turn in this existential institutional crisis is that the island’s Constitution follows its political leaders. In most democracies, politicians follow the constitution and are guided by it.

This is a variation of the adage about Pakistan that “Every country has an army. The Pakistan Army has a country.” Sri Lanka’s constitution has an option available to every scheming politician. He or she can choose one of the statute’s many articles to suit any scheme or act of political chicanery.

In dissolving Parliament, President Maithripala Sirisena had put his faith in Article 86 of the Constitution, which states that “the President may… submit to the people by referendum any matter which in the opinion of the President is of national importance”. A referendum along with dissolution order would have allowed him a legal way to dissolve the elected legislature. But Sirisena missed that chance.

The same Constitution, through another Article, has limited the powers of the President to dissolve Parliament. Article 70 of the Constitution prohibits Sirisena from dissolving Parliament until it has completed four years and six months from the date of its first sitting.

The Parliament which Sirisena dissolved had held its first meeting on September 1, 2015. Constitutionally it is eligible for dissolution only in March 2020. Hence the need to resort to the constitutional provision of a referendum. Political realities closed another option in the Constitution that was available to Sirisena all along: dissolving the legislature through a resolution approved by two-thirds of the House strength. His side did not have the numbers as it was proved today when the Parliament held a meeting.

Confounding this situation is a critical difference between the Sinhala and English texts of the Constitution. This is rare, but not unheard of in some countries, where English is the working language, but the native tongue is the official-cum-national language. Nepal has a similar issue on national identity as described in its new Constitution.

To Sirisena’s good fortune, the Sinhala text of Article 62 clause 2 of the Constitution, unofficially translated, says “Parliament can be dissolved before expiration of the said period,” that is, its five-year statutory term. This directly contradicts Article 70. The English text says otherwise and can be read in conformity with Article 70.

It was not for nothing that Rajapaksa brought his son, Namal, along although his two brothers have been the tried and tested interlocutors with New Delhi with total grasp of the nitty-gritty. In April 2021, Namal will be 35 and become eligible to contest the presidency. He has already been a Member of Parliament for eight years. Namal has said that talks between the Rajapaksa and Sirisena camps have been going on for about four months.

Colombo is a very leaky capital, more leak-prone than New Delhi. Its elite which ‘owns’ Sri Lanka takes a perverse pride in leaking to show off that they are knowledgeable about the goings-on in the country. With an outstandingly astute Indian High Commission in Colombo, staffed currently by those whose expertise on Sri Lanka is unmatched in the Indian system, it is inconceivable that they did not sense the changing equations in the island’s politics that unfolded last month.

This was evident between the lines in separate documents released in New Delhi and in Colombo at the end of Prime Minister Ranil Wickremesinghe’s visit to India a few days before his ouster by Sirisena. Following differences in Wickremesinghe’s cabinet, especially objections by the then Minister for Ports, about an existing Memorandum of Understanding (MoU) with India on the development of Colombo port in collaboration with New Delhi, the Prime Minister brought with him a proposal to renegotiate the MoU.

India not only rejected the proposal but was unusually harsh in its rejection with Modi himself objecting to the idea during his meeting with Wickremesinghe. The assumption is that India had by then secretly read the writing on Sri Lanka’s political wall and decided that a wait-and-watch approach was the best course. India’s fence-mending with Rajapaksa in September will go down as a rare example in recent Indian diplomacy of being pro-active in its neighbourhood instead of being reactive.

Sri Lanka arrived at today’s crisis-prone crossroads because successive governments in the last 46 years have treated the country’s Constitution either as a tool to browbeat the opposition or to suit their immediate political interests. Sirisena campaigned in 2015 on a promise to make sweeping changes to the Constitution.

But most of the changes – especially its 19th Amendment to severely cut presidential powers – were made more with short-term gains in mind. They were drafted to ensure that Mahinda Rajapaksa, whom Sirisena defeated, could not ever again occupy the post of President. When democratic constitutions are thus amended, without taking into account the dynamics of political transformations, an inevitable consequence is the situation in which Sri Lanka now finds itself.

At every high-level political decision-making gathering in Colombo, the elephant in the room is India. Most recently, it found expression in Sirisena’s allegation, without any proof, that India was plotting to assassinate him. Three years ago, Rajapaksa had blamed his election loss to India’s external intelligence agency, the Research and Analysis Wing or R&AW.

So did India have a role in the island’s latest political developments? Unlikely. But there are indications that New Delhi knew what was cooking in Colombo although the Narendra Modi government could not have realised that the events that unfolded from October end would spiral completely out of control.

When India facilitated Rajapaksa’s unofficial visit to New Delhi with due deference to political and diplomatic correctness, the former President was uncharacteristically on his best behaviour. But he dropped enough hints even in his public appearances that he was looking for a role in Sri Lankan politics other than the presidency. Authors of public discourse in New Delhi or in Chennai failed recognise the straws in the wind that Rajapaksa stirred up in New Delhi.