What you have over us is not much use, rotten stuff, destructive stuff, bigoted stuff, the stuff of aggression and animosity 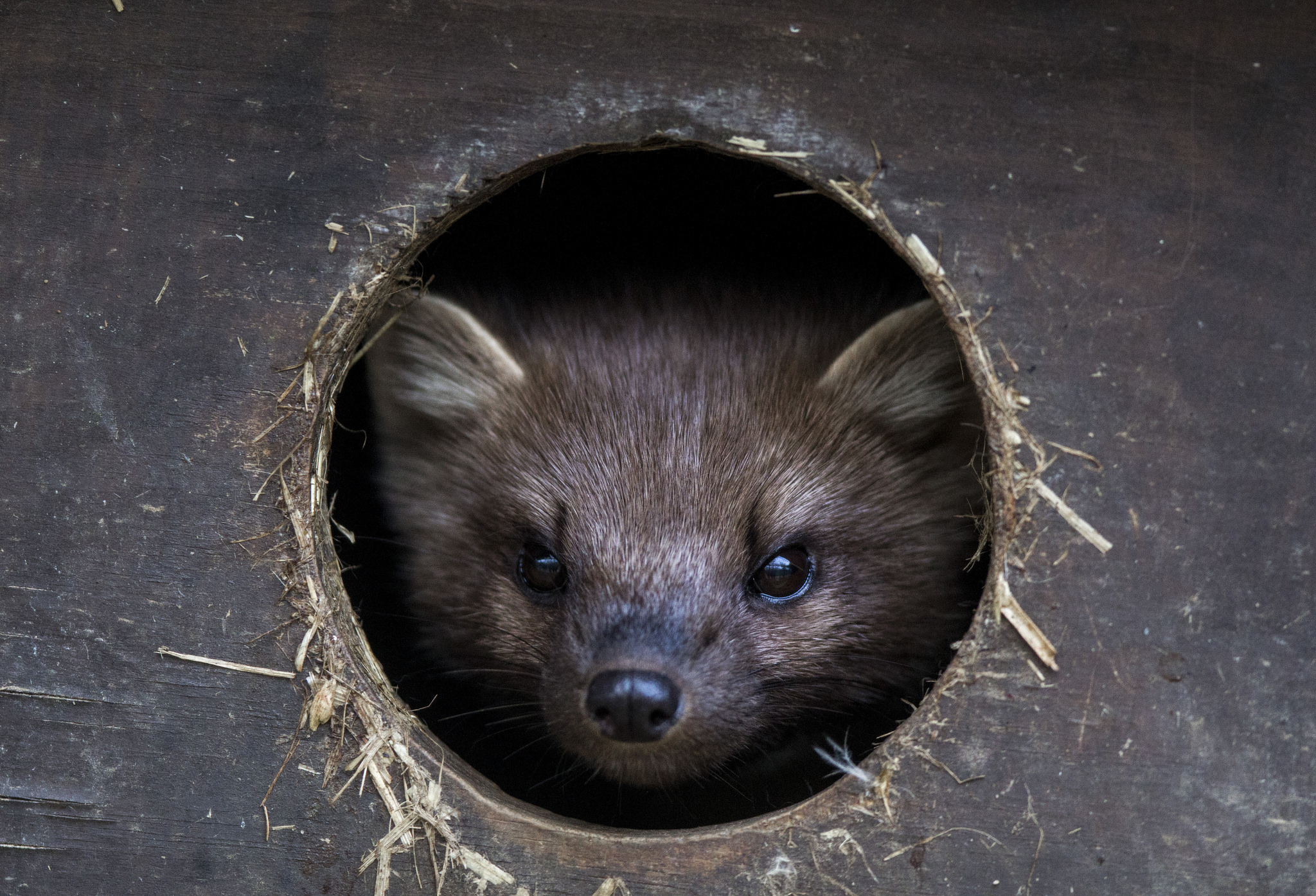 The name's Marten, Pine Marten. Martes martes of gotra. Yes, just that: gotra. Did you by any chance think only you folks had it? And what do you folks have over us, anyhow? Not much, I would think. And what you do have over us is not much use, rotten stuff, destructive stuff, bigoted stuff, the stuff of aggression and animosity that often resides and erupts from your viscera and sets one or more of you upon others of your own kind. Not stuff we much care for. Look, we too have a life, we too survive, we too get about. But not the way you lot get about. We get about a lot, as a matter of fact. Ever taken a walk in Cumbria? Or Shropshire? No? Anywhere else in those Isles? No? England, Scotland, Wales, Ireland, this side of the fence and that? No? Ah well. Been to the Himalayan foothills? Garhwal? Kumaon? Ummm... let me think. The Nilgiris? Ever been out in nature, in a forest, conifer or hardwood?

I roam free, no questions asked, where I go is my domain. You may have chanced upon me. I am a shy creature, and I prefer not mixing with you lot. You can see me, can't you? Now you can, now you can't. I wear camouflage. But that does not prevent me turning out smart. The name's Marten, you see, Pine Marten; I can't help my sartorial side. If I stretch on my hinds, I reach 26 inches above earth level, no more, but look at me: russet of fur with a variable ring of coat round the neckline, like a cravat - fawn, yellow, cream, white, varying hues. We don't mind what colour we are. Or caste or creed or... Sex? Ah well, but that's another thing, we shall talk about that another day. We aren't endangered yet, so that should give you a hint.

My friend Olive is, though; Olive of the Ridley, turtle of the onyx carapace, turtle of the sea-and-sand paddle like nobody else possesses. Gotra of Lepidochelys olivacea, variable of weight and size. If your kind leave them be, they can get up to a fair few kilos and the size of armour plates. They come ashore, they slink into the sea without need for anyone's permission, this side or that of what divides land from waters. And they swim with abandon. Kings of the midriff of this planet. You find them on the coast of Suriname, their cousins in Sri Lanka and Odisha, their cousins once or twice removed further along the warmer waters of the South China Sea, all the way up to where one colour of ocean meets another colour of ocean and becomes the Pacific.

But it isn't land or water alone where radical contrasts with your kind lie etched. Shame showers down the skies no less. My Siberian mates, the big ones, also called Cranes, Siberian Cranes. Gotra of Leucogeranus leucogeranus. An airline like them hasn't been invented, what fliers! No airside visas, no passports, no ID nor airport landing or parking rights. They just fly. From frozen reaches of the Arctic Tundra, from above the Urals and from the darkened remoteness of Siberia. Nine kilos of weight, 45-50 inches from beak to behind, but when you have a wingspan that goes 90 inches, jetspeed isn't an issue. They swoop down the latitudes, one lot to beauteous, and warmer, patches in Iran, another, overflying the Three Gorges Dam and the Poyang Lake in China, to the vast nesting marshes of the Keoladeo Ghana Sanctuary in Bharatpur. Russian agents? Chinese intruders? No, nobody asks, we aren't the sort, Sires, we are different, we don't go about marking and labelling folks and docking and penalising and pushing and heckling them for where they may have come from. They belong. Among us. They are us.

Like ants are us. Ants of the gotra Formicidae, ants that are everywhere. Check your pants, Sire, they say a thing or two about folks with ants in their pants. The most pervasive, the most social beings, so social they have their own term for it: eusocial. Look at the ant in a corner near you and wonder where it may be from. Or they. Where there is one ant, there are usually millions. They work together, and they make for such an astounding example, you folks even made a movie out of them. You made a movie and you believed you had become the greater. Really?

So what do they say of Man, O Mahadeb, the Missing and the Omnipresent?

They have fences, poor things

They aren't evolved as beings