Young royals can have their cake and eat it 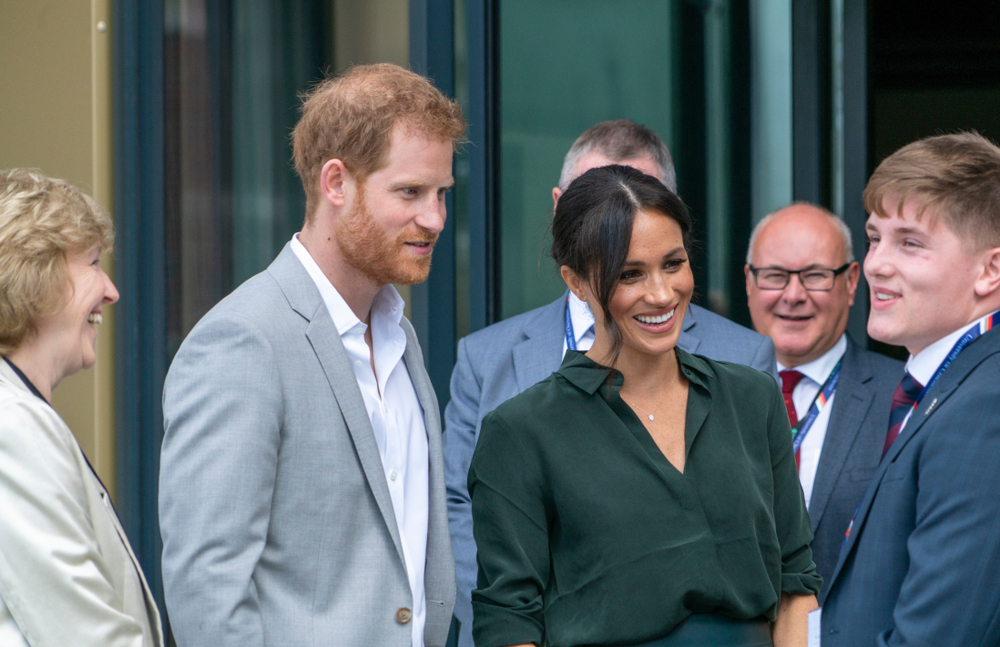 Prince harry and Meghan Markle, the Duke and Duchess of Sussex at the opening of the University (Chichester) Tech Park.
Shutterstock
Alice Thomson /THE TIMES, LONDON   |   Published 16.01.20, 08:26 PM

Who would want to be a minor member of our royal family, forced to wear smocked rompers as babies then expected to compete in the modern world while everyone criticizes everything from your baths to your bald patch. Prince Harry and Meghan Markle have obviously concluded it’s unendurable. The sight of Uncle Andrew refusing to sweat on television must have been the final straw: no one wants to be the spare.

But there is one member of the royal family who appears to have cracked it: the Queen’s eldest grandson, Peter Phillips, born fifth in line to the throne and given a 41-gun salute to mark his birth. He married his Canadian wife, Autumn, an actress/model/management consultant, at Windsor Chapel, like Prince Harry, and his children, Savannah and Isla, have joint Canadian-British citizenship and flit across the Atlantic whenever they want, though not on private jets. Pete, as his family call him, goes to banquets at Buckingham Palace and his children can use the indoor pool and cinema. He lives in a beautiful Cotswold farmhouse on his mother’s Gatcombe Park estate, bought for her by the Queen, and can use granny’s amenities in London rather than stay in a contentious grace-and-favour house. Only last weekend, hours before the family conference, the Queen hosted a shoot for him and his friends at Sandringham.

Mr Phillips — he has no title — has worked since leaving Exeter University for the Williams racing team, for RBS in Hong Kong and now runs a sports and events management company. Apart from a revelation in 2017 that the firm was paid £750,000 to organize an event marking the Queen’s 90th birthday, no one cares. No wonder Prince Philip, who adores his grandson, christened him “the winner”, while his sister, Zara, says he is “very calm, considered and grounded”.

Mr Phillips has managed to slide down the line of succession (he’s now 15th) with dignity. He has shown that you can keep many of the benefits of royalty — still watching Trooping the Colour from the balcony and making use of Windsor, Balmoral and Sandringham — while leading a comfortable private life.

He appears to have accepted that he and his family can never compete with others higher up the royal ladder. If only Princess Beatrice and Princess Eugenie had followed him and also got rid of their titles, protection officers and pretensions.

Mr Phillips didn’t lose his mother but he had a tricky childhood with his parents’ separation and divorce. He was the eldest grandchild but young William and Harry soon got all the attention; even Zara, a showjumper, is better known than he is. Yet he still had to ask his fiancee to convert from Catholicism to the Church of England, which she did for the Queen without public complaint.

Maybe he is his stoic mother’s son but it’s not all about maintaining a stiff upper lip. He often bear-hugs Princess Anne in public, his children dress in dungarees and clamber all over his back at horse trials. The Duchess of Sussex obviously worries that Archie will feel like a second-class royal but Savannah and Isla don’t look remotely disadvantaged.

Mr Phillips has realized that you can have a near-normal though very privileged life if you keep your head down and take the inheritance and perks, while finding a job to keep you happily occupied. Princess Margaret’s children, the Earl of Snowdon and Lady Sarah Chatto, have pulled off a similar feat.

Meghan and Harry can do the same after the ‘transition period’. It’s slightly ghastly watching the prince at a function asking the Disney CEO, Bob Iger, to give his wife a voiceover job, but Meghan should return to acting. Watching Suits again, she was great as Rachel: feisty, bolshy and difficult, but all on screen, and she’ll get protection on set. Harry can become a Canadian firefighter; after all, his brother did air rescue in Wales without being harassed. He could also lead the Queen’s Commonwealth Canopy, a network of forest projects, and continue his involvement with the Invictus Games rather than just become a celebrity activist. Archie can copy Savannah and Isla and use great-granny’s top-notch facilities while in Britain, but the family should ditch Frogmore Cottage.

A halfway-house arrangement isn’t going to work. The Princess of Wales floundered when she left the Firm; she continued to promote her charities as a global superstar but without the royal support structure. Her life became chaotic as she was still mobbed when she made public appearances but no one knew whether to curtsey any more, and she had to rely on sponsors like Mohamed Al Fayed and his son for transport and holidays. Sarah Ferguson was slated for selling slimming merchandise and trading on the family name after her divorce.

By making such a fuss about semi-retiring, yet wanting to stay centre stage, Harry appears not to realize that his new deal could bring his family more scrutiny, not less. He risks jeopardizing the arrangements of other royals: the public will question why they get perks and financial support from the Firm yet have so few responsibilities.

The Sussexes should get proper jobs, keep Archie out of the limelight and not try to compete with the royal circuit or cash in on the royal crest. Few will then begrudge them a security detail and they can feel respected for their talents. Peter Phillips shows how the younger royals can have their cake and eat it, as long as they don’t shove it down our throats too.