Advertisement
Home / Opinion / How to keep the past alive

How to keep the past alive

India may not be able to match the Branly, but it can certainly do better in terms of scholarly and curatorial vision 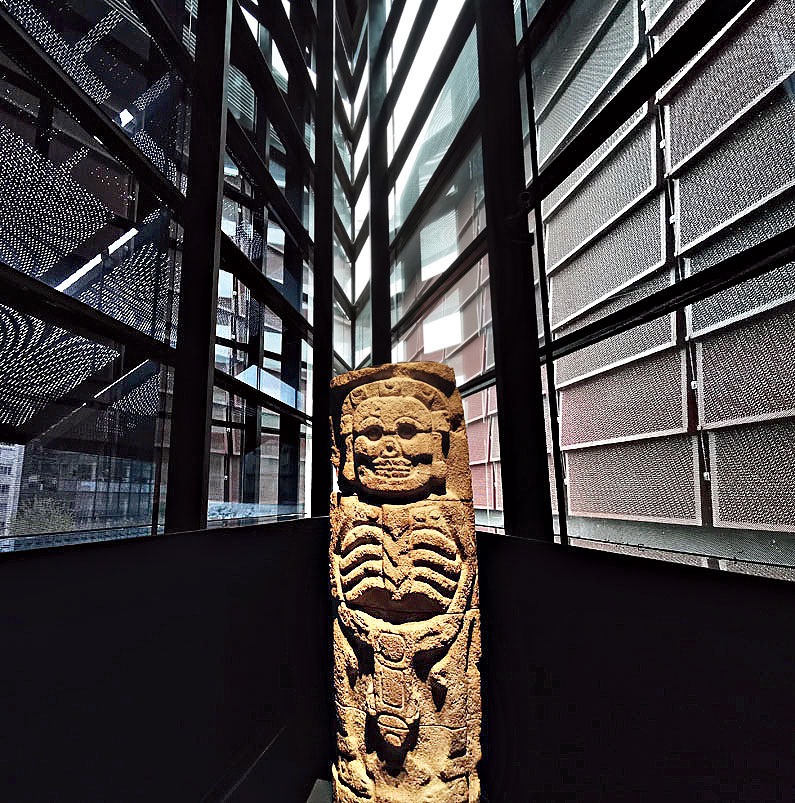 Musée du quai Branly Jacques Chirac, often referred to as just ‘Quai Branly’ or ‘Branly’, is almost right next to the Eiffel Tower. Approaching it as an Indian and a Calcuttan, you find yourself muttering under your breath. Like so many other instances to be found in Paris, the building does what we in Calcutta have failed to do even once in the last 70 years. Here is an unashamedly modern building with a design of some daring (though perhaps not so daring by Paris’s standards), a new piece of architecture put up right next to an old iconic structure of the city but without visually or spatially vandalizing it, a building for the wider general public to use and enjoy, and which happens to commemorate a revered late political leader.

Entering the Branly museum, now one of the world’s most well-known ethnographic museums, you soon feel as though you’re in an elongated ship of sorts. This is quite appropriate because what the museum contains are the spoils collected from all over the non-European world by the colonizing, Orientalizing, maritime expeditions that tentacled out of Europe (in this case primarily France) from the 16th to the 19th centuries. Passing the ticket booths and the entrance, there is a long curving gangway that leads you up into the main exhibition area. This is given over to a contemporary art piece of river names projected from multiple projectors, the names moving to create a virtual flow of text as you walk along. On the main floor, you think you’ve arrived at some children’s gaming centre, with curved cave-like walls in different colours that lead off in different directions. Looking at the map, you understand that the museum is divided into different continents — the Americas, Oceania, Asia, North Africa and the Middle East and Africa. Each has a different colour scheme for the floor and the walls.

I approached the Branly with some suspicion and doubts, aware as I was about the ongoing debates around Western countries holding on to so many important artefacts from the formerly colonized world’s material history. The other concurrent question is the one of the almost default double standards that are applied to objects from colonized areas as opposed to the way Anglo-American and European academia and museums look at their own material culture. The problem is not one of Euro-American academia and museology alone. In India, too, debates continue around the outdated distinctions between ‘fine’ art and ‘folk’ art, with most ethnographic/tribal museums falling prey to treating the indigenous artist as a timeless, primitive, ahistorical Other. At the Branly, in the best displays, the aesthetics of the object, it’s form and function, the role the object may have played in the daily lives of its makers as well as the conditions in which the culture and community from which it was ‘collected’ (read looted) are detailed in text panels that speak of the violence and the destruction wreaked upon indigenous people.

These issues and debates are made real by the objects in some of the sections, but the massive array of stuff also has the effect of drawing you into a vortex of fantasy and conjecture. Perhaps it’s best if you stumble first into the Americas section, because this contains the most copious collections of artefacts and is also the best documented and least offensively labelled. Starting from the extreme north around the Arctic circle, the vitrines and shelves take you on a journey all the way into deepest South America. As you look at a totem pole from the northern Atlantic coast and then at a performance mask from Bolivia and then a vase in the form of a woman in labour from Ecuador, the one thing that is driven home is that you are looking at two huge continents with civilizations that were stupendously diverse across both geography and history. As you move down the dimly-lit hallways, all sorts of detail draw you in, slowing you down. On one side, behind the glass cabinets that house the pieces, every now and then there is a clear window from which you catch sight of the world outside, the traffic whizzing by on the road next to the river, the Eiffel playing hide and seek between the old statues and tapestries, the blue sky of a too-hot Paris.

There is so much here that startles you that you know you are going to have to come back and look at it again at some other point in your life. Just the masks on display are a revelation, ranging from the almost sci-fi luridity of the ones for the Bolivian Morenada dance to the extreme minimalist abstractions you find a few feet away — a curved surface with two tiny holes and a ridge that perfectly creates a full human face with slight pig-like qualities — to the ones where the nose turns into a sharp stiletto of a beak. Then, everywhere, there are the traces of the hands that crafted the objects, the gold-edge of a ceremonial tomahawk, the uneven serrations on a water-pot, the patina of use on kava drinking bowls from Oceania. If you had the time, you could walk through the exhibits again and again, following the different threads that your mind creates.

The exhibit moves you from the Americas to Oceania and, from there, first into Asia and then the Middle East, northern Africa and Africa sections. Somewhere between Papua New Guinea and Vietnam/Japan you realize something has shifted. The collection is somehow thinner, the vision controlling the arrangements more shallow. It may be the actual pieces or also the way the cards do the nomenclature and description, but suddenly the gaze directing you is more strongly imperialist, looking down on the exhibits. By the time you reach Africa, your irritation level is mounting. This may have to do with the fact that you’ve already been there for nearly three hours but on examination you realize it’s actually coming from what you are being shown and how you are being asked to see it.

As for the objects from the subcontinent, there is not much that is unfamiliar. A beautiful example of a northeastern bamboo fishing trap, an old friend, seen long ago, then again in a show in Goa recently and now here. Some textiles and a short video on our patuas. What I do know I missed is Other Masters of India: Contemporary Creations of the Adivasis, a massive exhibition curated by Jyotindra Jain in 2010, that contextualized adivasi art historically, but also brought it up to the present, shown as art with authorship and not merely collective material culture, the category to which all creative expressions of the indigenous artist are usually limited.

Coming away from the exhibits, you feel an odd mixture of repletion and dissatisfaction. The satisfaction comes from having seen some of the most stunningly beautiful objects that human beings have ever crafted, and equally from the stories of daily struggle and eternal worship those objects carry. The dissatisfaction is niggling and troublesome, something to do with the thick residue of the colonial gaze that still lies upon parts of this 21st-century museum, and something to do with the fact that we in India and we in Calcutta should have museums to match this one. We may not be able to better the Branly in scale or expensive architecture but we should definitely do better in terms of scholarly and curatorial vision in a building (or more than one museum) that looks to keep our past alive in some meaningful way, even while pointing the way to a future buoyed by genuine knowledge of the past.

French in Calcutta: She will be reborn from ashes