Advertisement
Home / Opinion / How the higher judiciary let down the citizenry

How the higher judiciary let down the citizenry

The higher judiciary has not stood up to an aggressive executive and, in the process, let down the citizenry 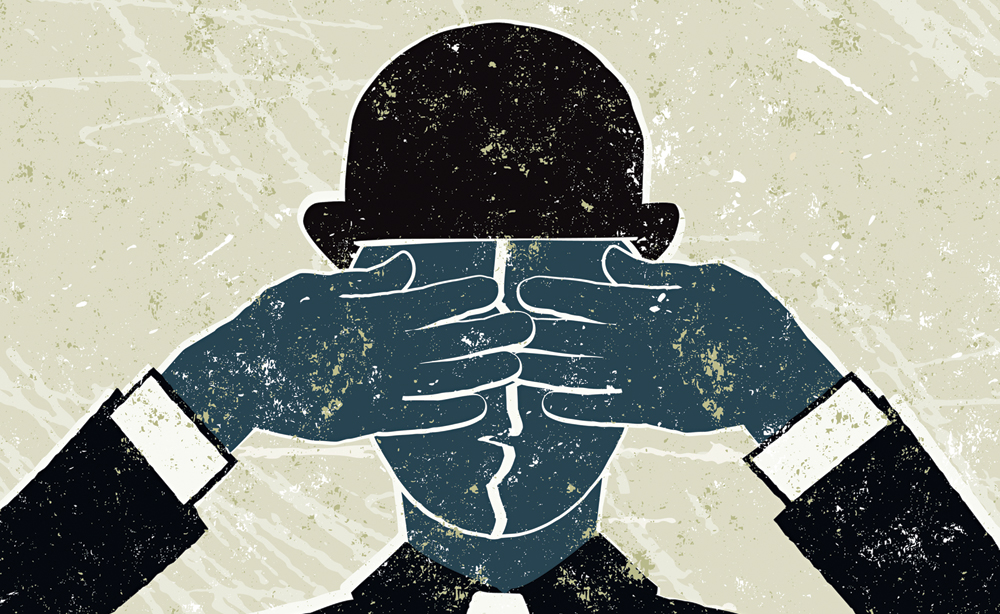 Confronted with a rampant government’s serial instances of authoritarianism, the Supreme Court has been a shrinking violet, afraid to tread upon hasty or harsh government action
(iStock)
Sanjay Hegde   |   Published 19.10.19, 07:27 PM

In 1991, I joined the Supreme Court of India as a chamber junior to G. Ramaswami, the then attorney-general for India. That winter, a Constitution bench of five judges, presided over by Chief Justice H.J. Kania, was hearing a matter related to income tax. K.K. Venugopal, senior advocate, interrupted the hearing to inform the court that a junior lady lawyer in his chamber had been picked up by the Delhi Police, on terrorism-related charges. He sought immediate hearing of his habeas corpus petition on her behalf. The bench heard him and the attorney-general immediately ordered the detenu, Shabnam Lone (daughter of slain People’s Conference leader Abdul Ghani Lone and sister of Sajad Lone), to be produced before the trial court in Patiala House. That afternoon when she was produced, her lawyer, the late Arun Jaitley, argued and secured her release on bail. As a young south Indian lawyer lately come from Bombay, it was wondrous for me to witness how swiftly the Supreme Court came to the rescue of Shabnam Lone.

Nearly three decades later, in the same corridors of the Supreme Court, I heard that the liberty of a senior advocate, P. Chidambaram, was imperilled. That afternoon, Chidambaram himself was arguing another matter in the Supreme Court when the news came in that the Delhi High Court had dismissed his petition for anticipatory bail. He tried to move the registry for an urgent listing of his appeal. That plea failed. Because a Constitution bench on the Ayodhya matter was sitting in the Chief Justice’s court, matters for listing could only be mentioned before another judge. When the matter was mentioned for a listing, no orders were passed because the judge concerned was not sure that according to his assigned duty roster, he had the jurisdiction to direct an urgent listing of such matters. It was suggested to Chidambaram’s legal team that the Chief Justice be moved for the listing, following the Shabnam Lone precedent. The suggestion was not acted upon, possibly because if such a plea failed, it would be seen as a Constitution bench declining the listing of bail. By the time the matter was finally listed for a hearing, Chidambaram had already been taken into custody and the petition had become legally infructuous. Ironically, Chidambaram too had at one time been a junior of K.K. Venugopal, the attorney-general for India today.

These stories need to be told against the backdrop of increasing judicial timorousness in the face of an authoritarian government. It is nobody’s case that the judiciary is a super-government, entitled to capriciously overrule a twice-elected government with a landslide parliamentary majority. But it is precisely in such circumstances that the judiciary is called into play, as a check on executive excess and despotism. The rule of law, administered by fiercely independent judges, is the only guarantee of democratic constitutional government by those whose massive electoral mandates encourage them to admit of no other checks or balances.

Democracy is not about elections alone, it is mostly about lawfully running a country in accordance with democratic norms for the period in between elections. The judiciary is constitutionally charged as a sentinel on the qui vive to defend the rights of the citizen against an otherwise all-powerful state.

Hindu India too is not bereft of such exemplars of judicial independence. Ramshastri Prabhune, the great Chief Justice of the Maratha empire, was equally forthright in advising the ruler, Madhavrao Peshwa, who was given to religious austerities. One day, Ramshastri had to return without meeting the Peshwa as he was in seclusion and busy in prayer. The next day, Ramshastri returned and requested permission to retire to Kashi. The Peshwa apologised for his previous conduct stating that he was engaged in what he thought a meritorious activity. The judge replied, “As a raja, it behoves you to attend to the welfare of your people. If you cannot, quit the masnad, accompany me, and devote your life strictly to those observances, which I fully admit, our faith enjoins.” Madhavrao thereafter abandoned austerities, and spent the rest of his glorious but brief reign on public welfare. A few years after Madhavrao’s untimely demise, Ramshastri went into judicial immortality, when he convicted Madhavrao’s uncle, the regent Raghunathrao Peshwa, for the murder of Peshwa Narayanrao. After the verdict, Ramshastri resigned his office and retired to his village when his judgment was not implemented.

Despite such historical precedents, the Indian judiciary’s story has been that of a gradual decline in the quality and independence of judges that the Constitution makers envisaged. Barely had the Constitution been adopted than it had to be amended to get over Supreme Court judgments on the fundamental right to property. The high point of the Supreme Court’s enforcement of the fundamental right to property came in 1970 with its decisions on the privy purses and bank nationalisation cases which struck down governmental actions. Indira Gandhi’s government struck back with constitutional amendments. In 1973, by a 7:6 majority, the court ruled that Parliament could not alter the Constitution beyond its basic structure. The day after the judgment, three senior judges, who were part of the majority, were superseded in the appointment of the Chief Justice and consequently resigned as judges of the court. Thereafter, it was a rampant executive that took over and invoked the Emergency between 1975 and 1977. The Emergency era saw the judiciary caving in and declaring that even the fundamental right to life could be suspended.

The lifting of the Emergency was followed by a repentant judiciary atoning for its previous surrender by greatly enlarging the scope of public interest litigation. Post the 1989 elections, in an era of coalition governments, the judges arrogated unto themselves the power of making judicial appointments. A self-reproducing judiciary went on to shake the executive in cases such as Jain Hawala and 2G spectrum allocations cases. At times, the judiciary appeared to be running the government, but around 2013, Fali Nariman correctly prophesied to me that a government with a majority of its own would meet with a conformist judiciary.

The judiciary and especially the Supreme Court’s record in recent times is one of conciliation and propitiation of the government. It has not intervened on the citizens’ side in any cause where the government has invested political capital. When student leader Kanhaiya Kumar was beaten up by lawyers in the Patiala House courts, whilst in police custody, the Supreme Court sent a commission of senior advocates to report on the matter. Despite a damning report, the court suddenly turned off its attention and later quietly disposed of the petition. In the demonetisation batch of cases, petitions are yet to be finally heard. There was no interim order permitting the use of demonetised notes, nor was there any hard questioning of the government’s powers in the matter. In the Kashmir batch of matters, petitions against the hollowing out of Article 370 have been slated for hearing after October 31, 2019, when the splitting of the state into two Union Territories comes into force. The human rights petitions against the lockdown in the Kashmir Valley have yielded little relief to individual petitioners, but collective repression has gone unchecked and been justified on grounds of national security.

National security is the reason that the Supreme Court has cited in refusing to order criminal investigations into the Rafale deal. National security and territorial integrity of the nation have become security blankets to burrow into and shut out any evidence of wrongdoing by the state. Confronted with a rampant government’s serial instances of authoritarianism, the Supreme Court has been a shrinking violet, afraid to tread upon hasty or harsh government action. It has not used its interim powers to preserve the status quo and has turned an unseeing eye to the monumental disruption of citizens’ lives in the demonetisation and Kashmir cases.

Even in cases like Bhima-Koregaon, individual petitioners, pursued by a vengeful state have failed to secure their liberty. Activist-advocates like Surendra Gadling and Sudha Bhardwaj lost their freedom much before Chidambaram did. When even men and women of the legal profession seem to be at the mercy of the prosecution, and the courts appear to be unquestioning, what will be remembered is not the charges levelled, but the silences enforced by and upon the court.

The court will do well to remember that even under absolute monarchs like James I, who believed in the divine right of kings, his attorney-general Francis Bacon wrote — “Let judges also remember, that Solomon’s throne was supported by lions on both sides: let them be lions, but yet lions under the throne; being circumspect that they do not check or oppose any points of sovereignty. Let not judges also be ignorant of their own right, as to think there is not left to them, as a principal part of their office, a wise use and application of laws.” The Indian nation has invested judges with the power of lions. It would be a betrayal of that investiture, if there is merely meek mewling from tamed pussycats.

Hegde practices at the Supreme Court