Advertisement
Home / Opinion / How Shia shrines have changed in Iraq

How Shia shrines have changed in Iraq

All five shrines are now enormous and display a dignified opulence that reflects the position they hold in the hearts of Shia Muslims. The domes, minarets and tombs are plated in gold and silver 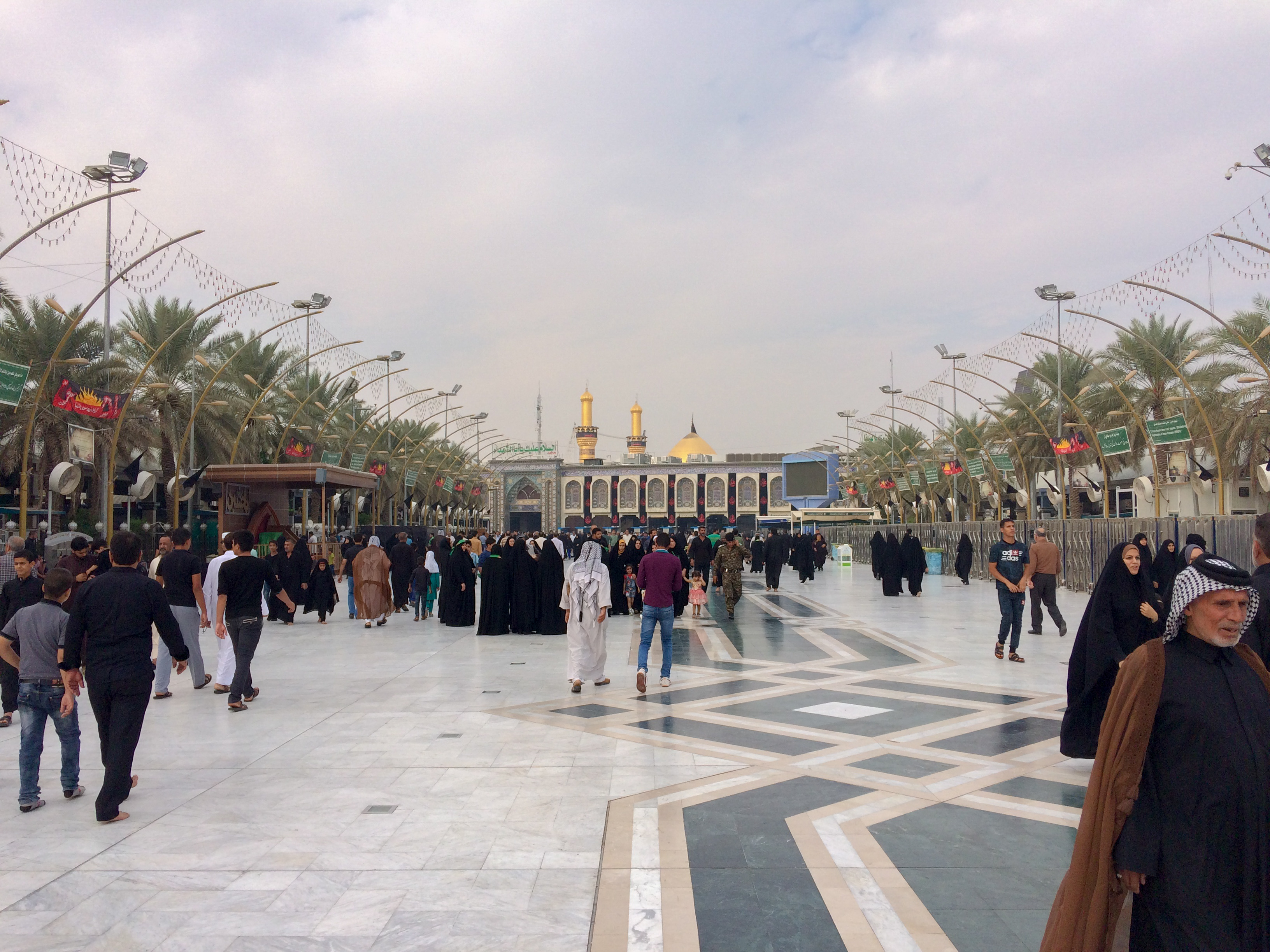 The serenity is momentarily broken by a chant of Labaik Ya Hussain (I am at your service Ya Hussain) from a new group of pilgrims who have entered the mausoleum in Karbala in Iraq — they are probably fulfilling a life-long desire. None of the thousands gathered at the grave of Hussain ibn Ali, the grandson of Prophet Mohammed, is distracted, and keeps praying — reading the namaz or the holy Quran — paying their respects to the leader who had laid down the lives of his family and friends to uphold the true Islamic principles of justice, truth and humanity.

On Ashura (Tuesday, September 10), known as Muharram in India, Imam Hussain’s martyrdom will be commemorated the world over including Calcutta. The shrine in Karbala will reverberate with chants of Labaik Ya Hussain as lakhs of pilgrims gather to mourn the sacrifices he made in the year 680 AD.

Forty days after Ashura, on Arbaeen, which marks the end of the mourning period for Shia Muslims, the numbers that descend on this desert town on the banks of the Euphrates river to honour Hussain and the 72 martyrs, which included Hussain’s six-month-old son Ali Asghar, crosses into the crores. A sea of black — men, women and children all dressed in black, the Shite colour for mourning — surrounds Imam Hussain’s mausoleum and that of his martyred younger brother and flagbearer in the Battle of Karbala, Abbas ibn Ali. Last year, more than two crore pilgrims made their way to Karbala from 40 countries including India, making it the largest peaceful public gathering in the world.

This has not always been the case though. For nearly 30 years, Saddam Hussein banned the public observance of Arbaeen and Ashura. After the Americans, Iraq’s 65 per cent Shia population is the happiest at the fall of the dictator who had oppressed them, killing thousands and arresting their leaders.

I first visited Iraq in the summer of 1990, just before Saddam invaded Kuwait and triggered the first Gulf War. My parents had taken my two sisters and me to all four pilgrimage towns of Karbala, Najaf, Samarra and Kazmain in Baghdad where seven of the 12 Shia spiritual leaders are buried.

My memories are of a westernised Baghdad which could compete with any first world capital; the rest of Iraq comprised rustic, provincial towns. Saddam’s authoritarian stamp was everywhere. Roads, crossings, parks and even mausoleums were all adorned with life-size statues and photographs of Saddam dressed in different outfits.

Back then, the shrines were practically empty, with only a handful of locals and a smattering of foreigners visiting. The mausoleums had been stripped of their riches and devotees by Saddam. Both the shrines in Karbala and even the Imam Ali Mosque in Najaf, which houses the tomb of Hazrat Ali ibn Abu Talib, the second most important leader of Islam after Prophet Mohammed and the father of Hussain, were small buildings with a central dome and two minarets, surrounded by an open-air courtyard made of bricks and stones.

Last month, I saw an unimaginable transformation. All five shrines are now enormous and display a dignified opulence that reflects the position they hold in the hearts of Shia Muslims. The domes, minarets and tombs are plated in gold and silver. Marble walls and arches are covered in beautiful mosaic tiles with quotations from the Quran. Ceilings are laden with glass to reflect the light from the gorgeous crystal chandeliers that line every room. Hundreds of Persian silk carpets cover the floors even in the open courtyards. The halls are centrally air-conditioned to fight the 45 degree heat and open courtyards are kept cool by industrial fans that spray mists of cold water. Most importantly the shrines are brimming with pilgrims throughout the day and night.

The shrines have been consistently targeted by the IS in the past, but there is tight security to thwart their plans. All roads and lanes leading to the mausoleums have checkpoints, where thorough frisking and bag searches are carried out. A second check takes place at the entrance of the shrine after shoes, telephones and electronic gadgets have been deposited. But this is a small price to pay for safety.

Once inside, the shrines are an oasis of tranquility. Shorn of the ringing of phones and incessant selfie-takers, the faithful are able to immerse themselves in prayer and worship without any disturbance barring an occasional cry of Labaik Ya Hussain.

The House of Islam gets inside Muslim hearts