How Ravi Shankar Prasad is recovering from after-shock

DELHI DIARIES: In flood-hit Bihar, why MLAs are missing in action 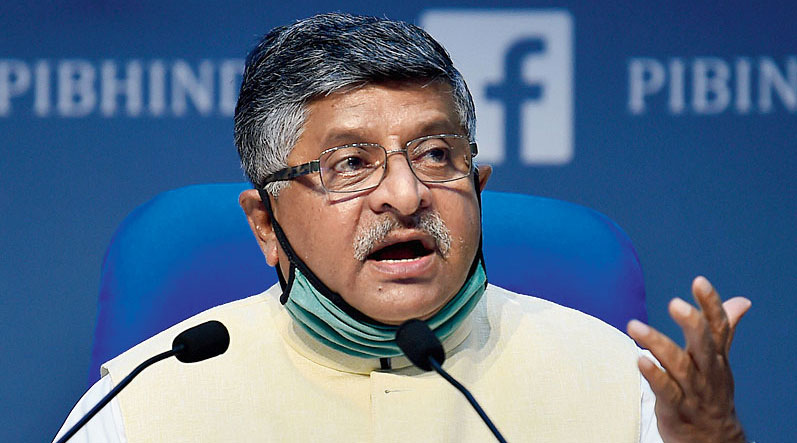 The Union cabinet reshuffle ranked quite high on the Richter scale. But Ravi Shankar Prasad, formerly in charge of the law and justice, information technology and communication ministries, appears to be slowly recovering from the shock of being removed from the council of ministers. An articulate lawyer, with age still on his side, it is possible that Prasad may have considered himself indispensable, and thus the blow at the cabinet reshuffle. After the untimely death of Arun Jaitley, Prasad was seen as an asset for the party as well as the government. His Twitter handle, which had suddenly turned inactive, is back in action, albeit tentatively, re-tweeting the prime minister’s tweets and congratulating other colleagues. He was also in his constituency, Patna Sahib, and posted a tweet with pictures of his meeting with party workers. He said that with the “energy and affection” of the workers, the country’s development will continue under the leadership of the prime minister, Narendra Modi. It seemed to some like he was trying to convey that the party workers of his constituency were angry over his sacking. An experienced leader, Prasad is expected to know that such tactics do not work with the current regime of the party.

The members of the Bihar legislative assembly are clearly taking their cues from the CM. They should have been working 24x7 to provide relief to the poor who suffer the most in such situations. But in this hour of need most of the legislators hailing from the flood-affected areas have flocked together in Patna. They are not even pretending to go to their constituencies in spite of repeated calls from their voters. When somebody asked a Bharatiya Janata Party MLA about why he was staying put in the state capital instead of carrying out relief work in his marooned constituency, he narrated how he escaped being thrashed by angry flood victims.

A legislator from the Janata Dal (United) — led by the chief minister, Nitish Kumar — revealed how hundreds of unemployed, hungry people assemble with their kids outside his house daily during the deluge for food, something that he cannot tackle with his limited resources. Another MLA from the Opposition, the Rashtriya Janata Dal, pointed out that the failure of the state government in providing proper relief has led to a situation where he has to bear the brunt of angry and frustrated people who shoot abuses at him on sight. So these legislators choose to idle away in safer environs of Patna to wait out the floods. But many people find it difficult to understand why they are not even making noises or taking long-distance measures to ensure speedier delivery of ample relief to the flood-hit.

The BJP-led Assam government exhibited its resolve to protect the cow through its annual budget proposals to boost the dairy sector, days after tabling a bill for the preservation of cattle. The budget presented by the state’s first woman finance minister — Ajanta Neog — spelt out in detail how the government plans to raise the number of cows through sex-sorted insemination technology to boost milk yield. What the budget left unsaid was said by the CM, Himanta Biswa Sarma. The cow boom will reduce the number of bulls, usually sold for their meat or discarded after a couple of years, a practice the government wants to strictly regulate through the proposed bill which also plans to set up gaushalas for the protection and preservation of cattle.

The proposed bill has borrowed heavily from Uttar Pradesh, a state where the cow has emerged as the reigning deity under the Yogi Adityanath government. But for a state aspiring to figure among the country’s top five states in the next five years, UP may not be the right model to follow considering its floundering efforts to protect the cow, those opposed to the bill assert. From all accounts, their views will fall on deaf ears given the belligerence with which the ruling BJP is pushing its agenda — within and outside the House.

It appears that the days when southern film personalities commanded influence over politics are over. Rajinikanth trashed his political ambitions and dissolved his Rajini Makkal Mandram just when his fans thought he would grab the baton passed down by MG Ramachandran, M Karunanidhi, NT Rama Rao and J Jayalalithaa. With his friend, Kamal Haasan, too, down and out with the recent Tamil Nadu state polls, it is now up to the Kannada film star, Sudeep, to test the electoral waters. Ever since Sudeep flirted with the BJP in the 2018 state election, he has been highly ambitious about kicking off his political career. But with Rajinikanth backing off, will Sudeep dare to take the plunge?