Opposition to the Modi regime will have to be multi-pronged, multi-layered. 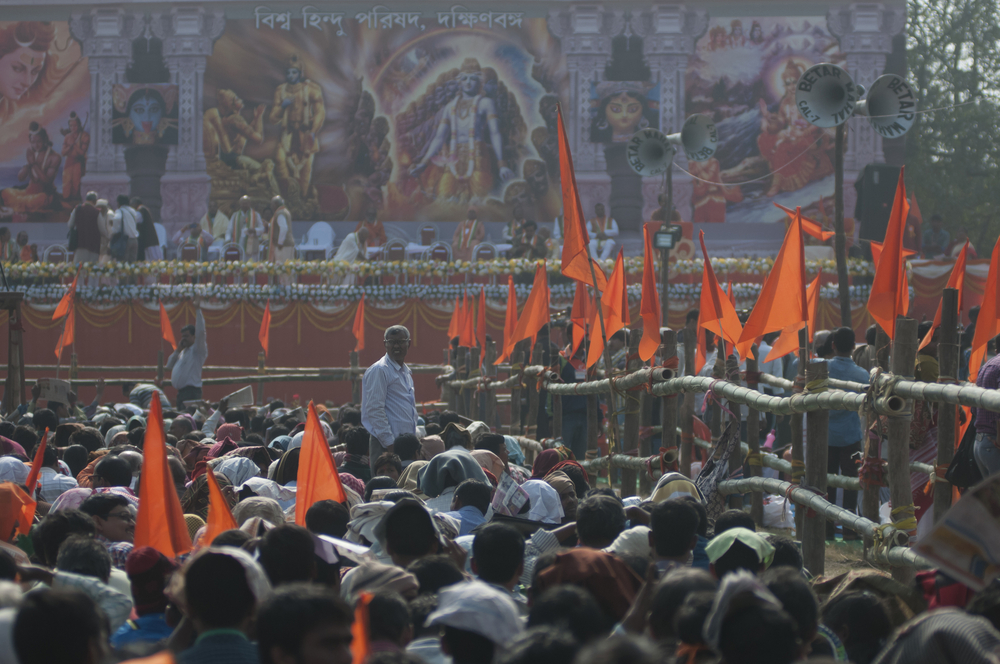 It’s no point criticizing the RSS-BJP for certain kinds of manoeuvres while conducting similar ones yourself. For example, specifically in Bengal and Calcutta, this is a perfect moment to demonstrate that the state government has a very different vision of progress and development.
Shutterstock
Ruchir Joshi   |   Published 13.01.20, 06:57 PM

Sometimes we look at a news photograph and grasp its significance immediately. The photographs and TV footage of the Babri Masjid being demolished instantly conveyed to us Indians that our country’s foreseeable future had just been shunted by political criminals on to a dangerous track. Almost nine years later, when another atrocity by another bunch of criminal fanatics brought down the towers of the World Trade Center in New York, you knew at once that that your life and the near future of the human race was going to be radically and toxically affected. From 1992 and then 2001 we have been living under the seismic aftershocks of these two destructions, paying the price of the waves of mass murders caused by these crashes of masonry, brick, steel and glass. One could therefore be forgiven for being psychologically averse to any image of a building collapsing under human agency. And yet, recent photographs of tall white multi-storey blocks toppling into verdant green elicited from me an almost joyous reaction.

It may take us years to appreciate the significance of the demolition of apartment complexes, H2O Holy Faith and Alfa Serene, in Kochi through controlled explosions, but in due time Saturday, January 11, 2020 may become an important anniversary of the beginning of the end of rampant, rogue construction in the subcontinent. The Vembanad Lake is a protected site and the three towers and others were built in direct contravention of the Coastal Regulation Zone. It took the Supreme Court to order the demolition. A whole set of protocols was apparently followed to protect the lake and surrounding buildings from the shocks and the debris. A firm has won a tender to carry away the rubble and sift through it to reuse as much of the material in other, legal, building projects and to construct roads. No doubt, people will point out flaws in the aftermath of these demolitions (which were to continue to take down more buildings in the following days), and no doubt builders all over the country will deploy arguments citing the differences in context to protect their investments. Nevertheless a highly visible precedent has been set — if you build where you shouldn’t be building, your construction, no matter how up-market or how firmly backed by local authorities and politicians, can be demolished with the contravening firm forced to bear the cost of the whole operation.

If the early 1990s were a starting point for the spread of a cancerous religiosity, especially in the north and the west of India, this was also the time when we as a society began to bury ourselves in automobiles, concrete and TV sets. The digital mausoleums we created for our minds cocooned us into an aspirational cesspool, inured us from any awareness of the ecological hell we were creating for ourselves and the generations to come. For those rising on the economic ladder this aspiration translated into multiple properties and several cars. No mainstream political party, no state or Central government questioned this dream; no mainstream politician managed to work out the dangers, or, if they did, not one of them dared raise a warning against this headlong rush into life-destroying real estate and obscene automotive excess.

No so-called ‘leader’ dared to prick this collective dream-balloon. In fact, save the marginal leftists and ecologically aware activists, every political formation tried to ride this fantasy bubble to gain or retain power. Across the political spectrum the promises were exactly the same: more prosperity meant increased consumerism; development meant being more and more like the wealthy countries of the

G-8; growth meant the mushrooming of automobile plants, cement factories and increased, unfettered construction; stability meant profit-making came first and education and healthcare were ancillary benefits that could come later; progress meant driving over the road-kill of the environment.

In this headlong rush into the deep well of dystopia everything, in a sense, became about real estate and every ‘free’ bit of land began to be weighed up for its profitability, booty for the builders and for the local authorities and politicians who took the bribes and allowed illegal construction from the banks of the high Ganga to the CRZs of the coastal south, from the flood plains of the great rivers to the deserts and jungles in the west and the east, from on top of the ruins of heritage buildings and parks to ripped out working class areas in our cities.

It’s startling to look at the recent actions of the RSS-BJP regime in Delhi through the lens of real estate and actions usually connected to land-mafias: the clampdown on Kashmir is about de-linking people from their land and freeing up real estate for the regime’s cronies; Babri/Ayodhya is a property dispute over another kind of symbolic real estate; the removal of restrictions on forest and tribal land is about freeing up real estate for favoured mining companies; the destruction of the Pragati Maidan buildings and the plans for Delhi’s Central Vista are also about a different kind of real estate, one where you destroy the temples of the conquered king and build your own grotesqueries in their place; the recent attacks — replicated from Gujarat in 2002 — on Muslim shops and eateries in towns across Uttar Pradesh are also, again, about playing a lethal, one-sided game of Monopoly.

For those political parties opposing the Modi regime it is important to understand that resistance will have to be multi-pronged and multi-layered. Direct resistance and challenge are crucial, no doubt, but there also has to be a counter-narrative and contrasting actions that make that narrative tangible. It’s no point criticizing the RSS-BJP for certain kinds of manoeuvres while conducting similar ones yourself. For example, specifically in Bengal and Calcutta, this is a perfect moment to demonstrate that the state government has a very different vision of progress and development. Putting a brake on rampant construction based on real estate speculation, or the further takeover of green areas within and around Calcutta or of heritage sites such as the decommissioned Presidency Jail would be a good start. Doing something ‘on a war footing’ (to use one of officialdom’s favourite phrases) to counter the pollution in the winter-time city would be another important step. Making the city pedestrian and bicycle friendly and reducing the number of cars and polluting buses would also demonstrate an important difference from the cruel and reckless decisions coming out of Delhi.

While we wait and hope for some of this to happen, the significance of the controlled dismantling of the buildings in Kochi can serve us as inspiration on several different levels. If we look at the ‘laws’ and legislation brought in by our current rulers in Delhi as a set of illegal, ugly and toxic constructions, we can work towards a time when these are also dynamited, reduced to rubble and carted away. Of course there will be a cost to this, and due attention will have to be paid to the shock and debris these demolitions will create, but after Kochi one can imagine that one day we will be free of the detritus of this attempt to capture the real estate of our souls.