Advertisement
Home / Opinion / How much has China's Communist party changed in 30 years?

How much has China's Communist party changed in 30 years?

As the saying goes: the more things change, the more they remain the same 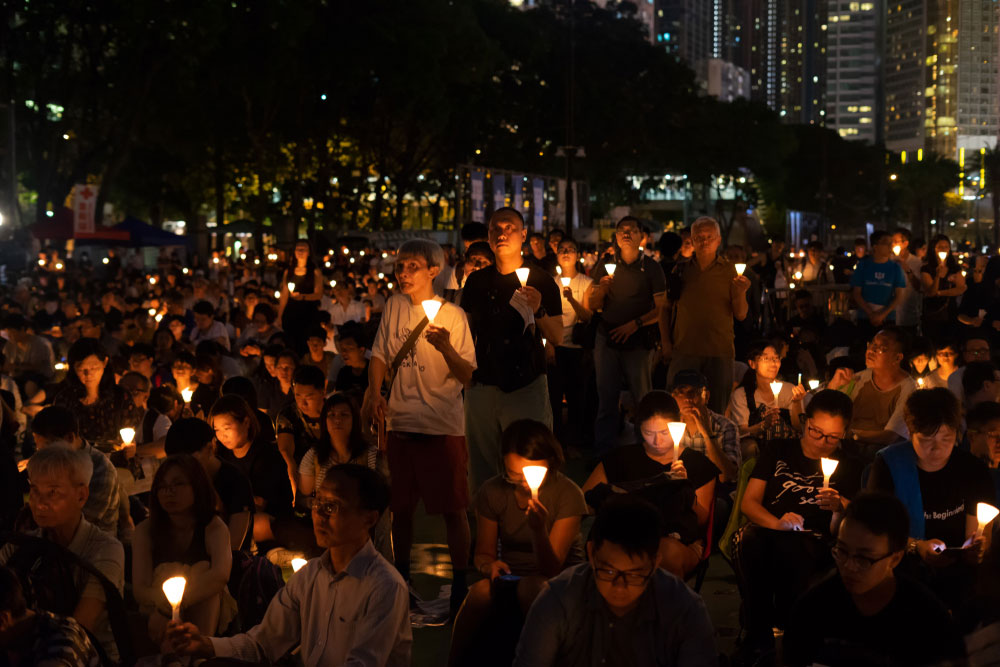 Tens of thousands at the candlelight vigil at Victoria Park, Hong Kong to mark the military crackdown on protests in China's Tiananmen Square in 1989.
(Shutterstock)
Neha Sahay   |   Published 04.05.19, 10:31 AM

Why China is afraid of students

Then, they got scared when students demanded democracy. Today, they are terrified when students ask that the principles of communism be followed. Has the Communist Party of China, which rules the country, changed at all in the last 30 years?

It was in April 1989 that the series of events leading up to the June 4 Tiananmen Square massacre began. For two months, thousands of students had been filing into the vast square, demanding democracy, even though some admitted they didn’t quite know what exactly it meant. They had never experienced it, after all. The protesting students were cheered on by workers who even intervened on their behalf with the police and the army.

Mao was long dead, and Deng Xiaoping had started reversing Mao’s economic policies and opened up China to the Western market economy. But his economic liberalism did not mean political liberalism. On June 4, the tanks rolled in, and the soldiers shot at the throng of students and workers gathered. Official figures said 241, but unofficial figures at that time put the deaths at more than 1,000.

Since then, talk of the Tiananmen Square incident has been taboo in China. Today, the Communist Party is reacting in much the same way to a growing unity of students and workers. This time, it was students who first came out in support of workers. Unlike in 1989, there have been no mass protests. So, there are no tanks on the streets. But the crackdown has been no less brutal.

Last July, a group of students in Beijing’s top universities, inspired by Marx and Mao, went to Shenzhen in support of workers who were trying to form an independent union. In August, they were picked up; some have remained incommunicado ever since.

Early this year, videographed ‘confessions’ of four of those detained were shown to other students suspected of being ‘Maoist’. The students are shown confessing that the “CCP is the only one concerned with the rights of workers and peasants in the New Age”. Students expressed doubts about these ‘confessions’ online; seven of them were picked up.

Normally, such ‘confessions’ are televised for national consumption. This was not done this time, it is being rumoured, because watching the obviously forced confessions would have resulted in even more sympathy for the students’ cause.

The total number of persons detained — students, former students, workers, labour activists — number more than 40. All of them have been charged with ‘gathering a crowd to disturb social order’, which attracts a maximum of seven years’ imprisonment. The sentencing is due any day, but censors have ordered that no news of it is to be carried.

All those detained have been denied access to legal help, with lawyers either withdrawing or not being allowed to meet the detenues. Intellectuals have, of course, urged the Communist Party to release those arrested. But when five labour activists were detained in January, and 100 workers signed an online petition for their release, addressed to the Central trade union body, and wanted to hand it over in person, they were prevented from travelling to Shenzhen.

In the heady 1970s, students in India learnt in Marxist and Maoist study circles that students, workers and peasants were natural allies in the struggle against the oppressive State. Mao’s China was held up as a model. Today, in Xi Jinping’s China, two of these three sections are jointly struggling, and invoking the traditions of the Chinese Communist Party while doing so. Yet, they are being prosecuted, and branded ‘foreign-inspired anti-Communists’.