Advertisement
Home / Opinion / How liberal was the liberal order?

How liberal was the liberal order?

America’s gilded age had a putrid underbelly. As a highly decorated commander put it, 'I might have given Al Capone a few hints' 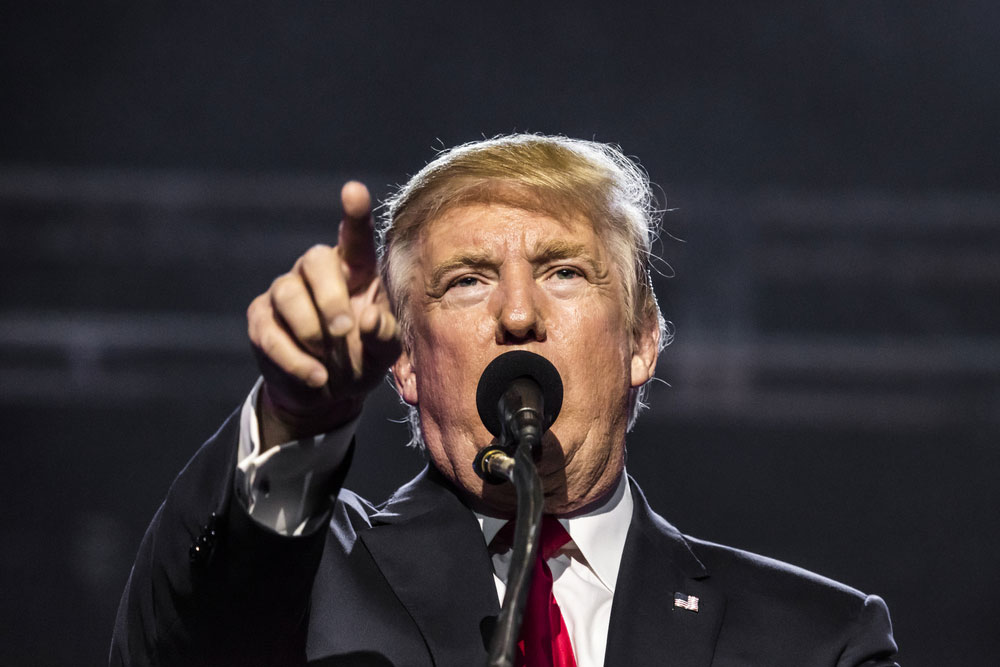 Trump’s performance at the UN General Assembly raised titters of scorn from delegates who perceived his bombast as the vapourings of a CEO of a crime syndicate
Shutterstock
Premen Addy   |   Published 31.10.18, 02:55 AM

Nostalgia over the passing of the Liberal Order fits in well with familiar memorials to the halcyon past when servants knew their place and servitors of empire doffed their hats reflexively to their superiors. But sceptics will surely pose the question, ‘how liberal was the Liberal Order?’ The Anglo-American Establishment was the beating heart of the Liberal Order, its workings executed with due diligence by the good and the great in Washington and London.

President Donald Trump is vulgarly capricious as were the emperors Nero and Caligula, when imperial Rome was careering to its fall. Washington’s ties with Moscow and, possibly, Beijing are in free fall. Hungary’s Viktor Orbán and the Polish regime have become the remains of the European day. However, the serious historian and political theorist ought to be a trifle more discriminating in bundling names and countries. China is a one-party dictatorship with press and internet censorship. Russia and Hungary are multi-party states that hold regular elections, whatever their outcomes. Double standards have long been the bane of the acclaimed Liberal Order. The venal dictatorship of Ferdinand Marcos in the Philippines, the repressive Shah regime in Iran, the brutal despotism of Saudi Arabia, the death squads in Guatemala and so on are part of its shaming record of complicity.

Regime change became the panacea of American foreign policy, ending up opening a can of worms. The Greater Middle East today is a mass graveyard of folly and wickedness. Saddam Hussein’s non-existent ‘weapons of mass destruction’, the local torture chambers of the occupying American forces, the biblical exodus to Europe in search of security — each is an element of a terrifying dystopia.

Trump’s performance at the UN general assembly raised titters of scorn from delegates who perceived his bombast as the vapourings of a CEO of a crime syndicate, his prescription for national salvation a further increase of military spending to an astronomical $750 billion. The Republican-Democrat music hall revolves around imagined enemies, under the bed or in distant shores. Witch hunts have been integral to the American narrative. Black slavery, the dispossession of Indian lands and the extermination of the population are minor themes of the American Dream and its Manifest Destiny, the touted ‘pursuit of happiness’ of the country’s sacristan Constitution, now cabined, cribbed and confined to a plutocratic elite.

America’s gilded age had a putrid underbelly, as General Smedley D. Butler, the most decorated commander of his generation, revealed in an article published in 1935: “I helped make Haiti and Cuba a decent place for the National City Bank boys to collect revenues in. I helped in the raping of half a dozen Central American republics for the benefit of Wall Street... I helped purify Nicaragua for the international banking house of Brown Brothers in 1909-1912. I brought light to the Dominican Republic for the American sugar interests in 1916. I helped make Honduras ‘right’ for the American fruit companies in 1903… Looking back on it, I feel I might have given Al Capone a few hints. The best he could do was to operate his racket in three districts. We Marines operated in three continents.”

The Ku Klux Klan, Senator Joseph McCarthy, the atom bombing of the Japanese cities of Hiroshima and Nagasaki, the pornographic violence from land, sea and air inflicted upon the peoples of Vietnam, Laos and Cambodia were undertaken by Washington’s liberal consensus. They were not simply aberrant episodes but among the worst as crimes against humanity in recorded history. Vice-admiral William D. Leahy, chairman of the joint chiefs of staff, wrote at the time: “It is my opinion that the use of this barbarous weapon at Hiroshima and Nagasaki was of no material assistance to our war against Japan. The Japanese were already defeated and ready to surrender… in being the first to use it we had adopted the ethical standard common to the barbarians of the Dark Ages.”

The dark side of the famed Camelot administration of President John F. Kennedy was clinically exposed as a modern-day Borgia dispensation by Seymour Hersh, investigator extraordinaire, of whom all Americans and the civilized comity of nations should feel proud.

The lessons of history have often been ignored, frequently with tragic consequences. It was the dropping of the atom bombs on Japan that initiated the Cold War and not Harry Truman’s resolve or Winston Churchill’s Fulton speech. News of the successful atomic test in America arrived at the Potsdam Conference of the Big Three in 1945. The visible truculence of Truman towards Russia followed. Lord Alanbrooke, chief of the imperial general staff, recalled Churchill’s first reaction: that the weapon could now be used on Soviet cities. Next came instructions to Britain’s military to draw up a plan for a possible invasion of the Soviet Union; the document produced was named Operation Unthinkable. Liberal Order has long been a chastening global experience.