Advertisement
Home / Opinion / The transatlantic West is fading, but it is not because of Trump

The problem of transatlantic divergence was there before Trump, and has underlying causes deeper than Trump 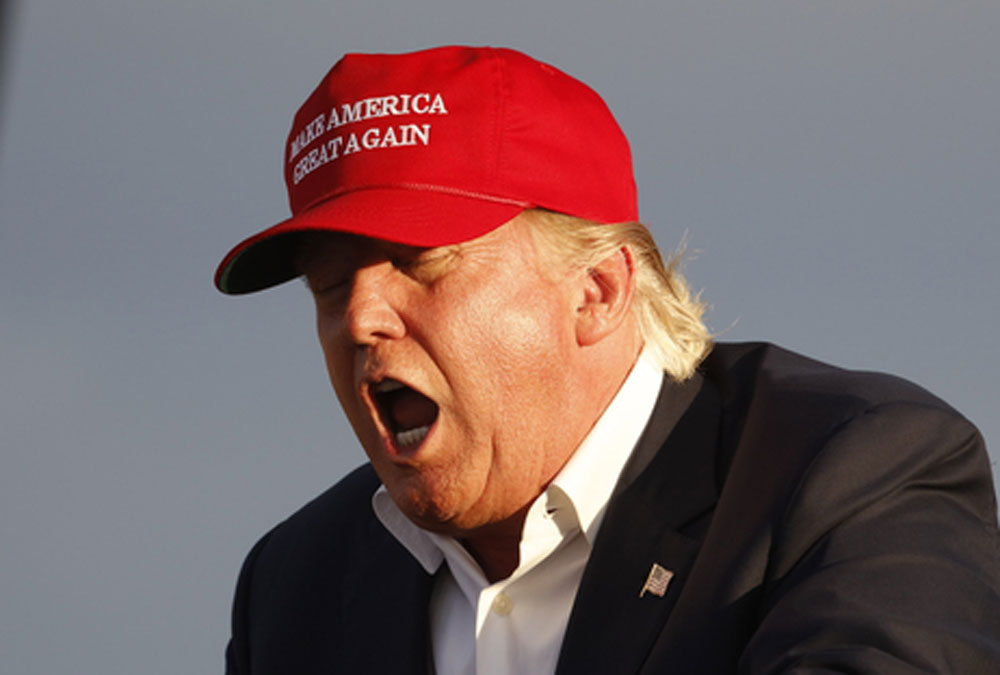 Can Donald Trump get any worse? Yes, he can. But our fixation on his personal awfulness, which was on full display at the UN on September 25, blinds us to the larger forces behind his Trumpery. Over the last few days here in Washington, I’ve been trying to work out what will be left of the old transatlantic West even if Trump departs the scene in January 2021 — or, pray heaven, sooner. The answer is sobering. Even in the best case, the United States of America and its international alliances are not going to bounce back as they did after the era of Watergate and Vietnam. This time is different, for reasons that lie both inside and beyond America.

Yes, Trump is personally responsible for much of the damage. In the already famous ‘Anonymous’ op-ed in The New York Times, a ‘senior official’ wrote: “In public and in private, President Trump shows a preference for autocrats and dictators, such as President Vladimir Putin of Russia and North Korea’s leader, Kim Jong-un, and displays little genuine appreciation for the ties that bind us to allied, like-minded nations.” Trump demonstrated that once again in his address to the UN general assembly. He is an activist of the Xi-Putin-Orbán sovereigntist front, that impossible international of nationalists, and a sworn enemy of liberal order.

I’ve been asking well-informed people here who they think Anonymous was. Several have suggested the entourage of the vice-president, Mike Pence, who is one ‘senior official’ the president can’t sack and, arguably, has most to gain by undermining him. The most intriguing suggestion, however, is Jon Huntsman, currently US ambassador to Moscow, and an ambitious past and would-be future candidate for the Republican nomination for president. (They all deny authorship, of course.) This raises the tantalizing prospect of a future Republican president emphatically distancing himself (or herself) from the Trump disaster.

But at the moment, everyone tells me that ‘Trump owns the Republican Party’. If the repercussions from the Robert Mueller investigation don’t reach Watergate proportions, Trump personally keeps going and the economy keeps growing, he could well win a second term. The consequences of a full eight years of President Trump for the transatlantic relationship hardly bear contemplating.

Yet, even the best-case scenario does not look like the US bouncing back to international leadership after Watergate and Vietnam. Suppose a responsible, centrist Democrat such as Joe Biden wins the presidency next time round, perhaps with a younger, feminine, minority-representing and more left-wing vice-president such as Kamala Harris. Suppose President Biden really tries to get back to where we were before. Even then, the best we can hope for is ‘Obama minus’, not ‘Obama plus’. And remember that it was Barack Obama, not Trump, who first prioritized ‘nation-building at home’.

In those four years, the world around America will have changed, but so will America itself. As in the aftermath of a stroke, new neural connections will replace the old, frazzled ones. While America and Britain are obsessed with the threat from Russia, the West’s true, long-term strategic challenger and global ideological competitor, China, has been steadily extending its influence on every continent. If Brexit goes ahead — and I believe it can and must still be averted through a second referendum — then, as the American foreign policy analyst, Walter Russell Mead, recently argued, an acrimonious divorce between the UK and EU will further diminish the US’s commitment to Europe.

But irrespective of developments abroad, that process is already happening inside the US. American Atlanticism has diminished, is diminishing, and will continue to diminish. The head of a programmatically Atlanticist think tank in Washington told me “it’s like going into a church and finding half the pews empty”. And he’s talking about the foreign policy elites who provided, so to speak, the Atlanticist choir. The wider American congregation has always been reluctant to worship in that church.

Looking out of my hotel window, I can see a monument to General John J. Pershing and the Meuse-Argonne offensive which, exactly 100 years ago, in September 1918, helped break the back of the imperial German army’s resistance, and led directly to the armistice of November 11. That American involvement in the First World War was the first signal moment of the transatlantic, geopolitical West. But the US thereafter withdrew into its own continental vastness for more than two decades, while European democracies succumbed to fascism and communism. Only in 1941 did the Japanese attack on the US fleet in Pearl Harbour finally enable Franklin D. Roosevelt to bring his country into the Second World War.

But in 1945, the first national impulse of the US was again to withdraw once more into its own continental vastness. Thomas Wright of the Brookings institution reminds us that the US ambassador to the Soviet Union, W. Averell Harriman, remarked that Americans “wanted to settle all of our differences with Russia and then go to the movies and drink Coke”. It needed all of the determination of President Harry S. Truman, all of Winston Churchill’s eloquence in his celebrated Fulton speech, and all of Joseph Stalin’s brutality, to bring the US back.

The decades of the Cold War, until the end of the Soviet Union in 1991, were historically exceptional ones, in which the overwhelming sense of having a common geopolitical enemy, with its spearhead in the heart of Europe, bound together Western Europe and the US as a geopolitical actor. As I have argued elsewhere, that transatlantic unity of action has been in question ever since the end of the Cold War. Now, more than ever, the wider American congregation is turning away from international commitments and entangling alliances to address its own pressing domestic concerns. A former US secretary of state tells me just how little interest audiences across the country now express in foreign policy. Anyone who experiences American airports, highways or trains can easily understand why Americans would now want to focus more on improving airports and schools in America rather than airstrips and schools in Afghanistan or Iraq. America First is not just a Trump slogan. It is a national mood, to which even the most internationalist president would have to adapt.

Trump is awful, but in this respect he is as much symptom as cause. The problem of transatlantic divergence was there before Trump, has underlying causes deeper than Trump, and will still be with us after Trump.

To be sure, the 100 years of on-off transatlantic partnership since the Meuse-Argonne offensive of September 1918 have left a massive legacy: the biggest, closest international economic intertwining in the world; the Nato security alliance, with a renewed mutual defence commitment thanks to Vladimir Putin; a matchless cultural and intellectual intimacy. The transatlantic West is still a mighty, muscular body — but with a wandering mind, a weakened heart and a divided soul.