One traverses contemporary geographies with phone cameras, while the other, an epic of stillness, digs deep in one spot 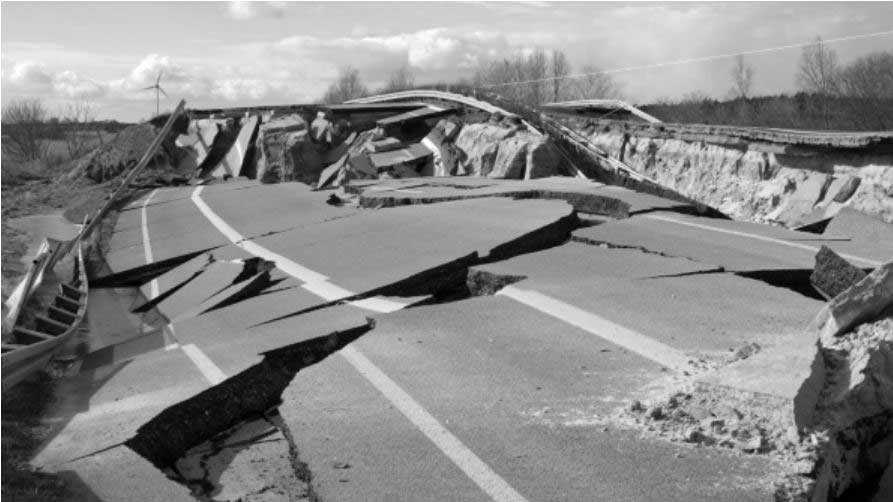 At the Berlin Film Festival that concluded recently, I saw two very different non-fiction films about families. Midnight Traveler is shot entirely on three different mobile phones, the footage gathered across three years as Hassan Fazili, his wife, Fatima Hussaini and their two small daughters, Nargis and Zahra, make the refugee trek from Afghanistan to Europe between 2015 and 2018. The reason this family of four has to flee is because Hassan has made a documentary on a Taliban commander who has given up arms and it shows the Taliban in an unflattering light. After the film is shown, the ex-commander is brutally killed and friends inside the Taliban let Hassan know that there is also now a price on his head. Fazili and Hussaini shut down the small art café they have started in Kabul and move to Tajikistan. The film starts on the day before they go back to Afghanistan under a deportation order from the Tajik government.

Fatima and Hassan are both film-makers, but across this journey Fatima concentrates on their two daughters while Hassan handles the film-making. Their older daughter, Nargis, aged around eight, precociously super-bright and cheerful, also handles a smartphone, filming her little sister and her parents. The family drives from Tajikistan to Mazar-i-Sharif and from there they start making their way through Iran and Turkey into the hellish miasma of the Balkan refugee routes leading to Europe. On the way you see the beautiful landscapes the cars pass through; you see people-smugglers stuffing a man into the back of the car in which the family is travelling as it crosses checkpoints; somewhere in Iran, when the kids go into an orchard to pluck fruit, they are chased by dogs and barely escape; at another point one of the traffickers threatens to kidnap the two small girls if some extra amount of money is not paid up.

Nargis develops as a character, she makes wisecracks, asks all the pesky questions, records her mother getting on with things, her father’s head dropping in despair. Hassan keeps filming and negotiating with the smugglers and Fatima is right with him, even as she curses him for being too trusting of people. The two little girls turn each new location into a playground while trying to make sense of what is going on. At one point, in a camp in Serbia, Nargis disappears for over an hour. People start to search, but no one can find her. This is where Fazili is searingly honest about his reaction: he is terrified they will find his daughter’s body somewhere and he will be filming her mother rushing towards the body; he feels utter shame and horror at thinking this, but it’s a reaction that any documentarist will recognize — of how handling a recording device can inure you to the pain around you, even as the business of ‘capturing footage’ becomes an addiction. Nargis is found, we are not told where, but she is safe. In another lovely scene, Nargis puts on a Michael Jackson track on a phone and goes into a full, perfect Jacko dance routine, gyrating and jerking around the small room of the refugee hostel.

In Bulgaria, the camp in which the family is billeted is surrounded by local men and there is violence near the gates. The feeling of fear and uncertainty is palpable as the smartphone camera swings from person to person catching the mixture of terror and anger on the faces. After many long delays, living in appalling conditions in hot or freezing weather, the Fazilis are moved up to a Hungarian camp where their papers will be checked for the final entry into Europe. This camp is different from all the previous ones: the buildings are new and formidable, the roofs are crowned with barbed wire and the fencing is high and new; after all the chaos and jugaad we’ve seen, the neat straight lines of this corralling bring home the reality of Fortress Europa, and memories of concentration camps and stalags. Under the furls of barbed wire, with the spotlights coming on in the background, Nargis plays football with another girl she has met. Then she lifts her phone to film something. On a table next to her there is a teddy bear lying helplessly on its back.

Starting in 2015, the Fazili- Hussainis’ journey to Berlin takes over three years. At the showing of the film Hassan Fazili informs us that the family’s latest appeal to stay in Germany had just been turned down by the authorities. In the meantime, Nargis has picked up a bit of German. While Zahra pushes away the mike, Nargis thanks us all in two languages for coming to see the film.

If Midnight Traveler elicits a response by traversing contemporary geographies with constantly moving phone cameras, Thomas Heise’s Heimat ist ein Raum aus Zeit, (roughly Home is a Space of Time) is perpendicular to it in axis — a truly great epic of stillness and digging deep in one spot. Using only the simplest means, without any tricks or gimmicks, Heise unfolds the story of three generations of his family: for a large part of the three-hour-forty-minute film the camera simply moves across photos and documents; in the live action shots there are perhaps only about 10 minutes in which we see people, the rest are powerfully meditative sequences of trains, abandoned buildings, shattered architectures; there is no ‘reconstruction’ or ‘dramatization’, all the live footage is from today’s Germany; what raises this simultaneously to great abstraction and gut-wrenching emotion is the voice-over, almost classical voice-of-god but actually the opposite — the voice is Heise’s own, simply reading from letters, documents, texts by other writers and at the end from his own diary; most of the film is in superb black and white, taking us into a dense tonal forest of greys, only occasionally spilling into very slight colour.

The means Heise employs, to tell the story of his German grandfather who marries a Jewish girl from Vienna, of his parents who meet and marry in post-war East Germany, and finally of his own times, can be called simple but are anything but that; the sheer slowness and strictness of their use stretch these well-worn cinematic devices to extremes one has never seen before. The camera may always be either static on a tripod or on a trolley, or with minimal panning or tilting, but the shots and editing are richly complex and beautiful. The foreground of most of the soundtrack may be just the one voice of the film-maker but there are long sequences where a subtle tapestry of sound takes over: the different kinds of creaking that trains make over tracks, the wind in a field of grain, the almost inaudible announcement of stops on a tram traversing a snowbound Vienna, the dance of water on different surfaces, the rustle of paper.

I don’t want to spoil the viewing pleasure of any reader who might get to see the film so all I will say about the most powerful, heart-stopping sequence in the film is that it consists of nothing more than a camera scanning down a long list of names as Heise’s voice reads out from a series of letters and postcards between two sides of his grandparents’ family. Another series of letters, between two boys drafted into the military towards the very end of the Second World War and their parents, is read out over images of a dilapidated camp and surrounding forest. As the grotesquerie of the end-game of the Nazi regime becomes ever more vivid in the words, mysterious shadows scythe across the sunlit birch trees; when the image makes a small, precise shift you see the shadows are from the slow-spinning blades of giant wind turbines, the most stark symbol of today’s environmentally challenged, energy-aware Germany.

Such is Thomas Heise’s mastery that across this 218-minute-long film you find yourself sometimes on the verge of tears, sometimes laughing out loud, sometimes shaking your head in wonder, completely ensnared by image, sound, text and — for a non-German speaker — not least the subtitles. And when you put the two films together, you come away with a cinematic Möbius strip, the desperation of Hassan and Fatima, their eagerness to reach a destination where they hope their daughters will grow up safe, and then that destination — Germany — seen from within, with its history of the last hundred years, its scars from war, from organized child slaughter, from daunting walls, from sundered families.

Berlin is high on a heady cocktail of cinema