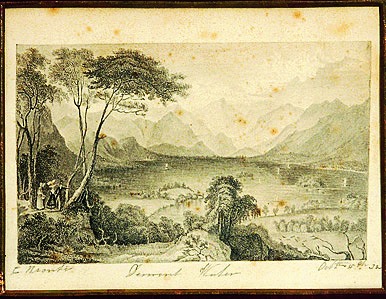 Everyone knows that famous male writers were also great friends. Samuel Taylor Coleridge and William Wordsworth, Lord Byron and Percy Bysshe Shelley, F. Scott Fitzgerald and Ernest Hemingway - these friendships are firmly ensconced in literary lore. But where are the women in this list of iconic alliances? Were they not friends? Was Jane Austen merely "a cottage-dwelling spinster", Charlotte Brontë "an impassioned roamer of the moors", George Eliot an "isolated thinker" and Virginia Woolf "a melancholic genius"?

Emily Midorikawa and Emma Claire Sweeney were fairly certain that they were not. So they set out to find the friendships that these celebrated authors shared with other women writers - bonds which, like countless other aspects of the female experience, have been ignored. The result of their investigation is the important, illuminating and greatly enjoyable A Secret Sisterhood. Unsurprisingly, they found that all four women had close literary ties with other women writers that were conveniently forgotten, distorted or just plain suppressed.

The deliberate silence engulfing the friendship between two famous women authors implies that intellectual bonds between women are not desirable. Eliot is remembered for shining among the men in the literary circles of Victorian London, but hardly anyone knows about her friendship, spanning continents, with Harriet Beecher Stowe, who was credited by Abraham Lincoln as having started the American Civil War with her iconic novel, Uncle Tom's Cabin. Society does not like it when women forge relationships with other women for intellectual and professional benefit; only men are allowed to do that.

And yet, the real Austen, as presented in A Secret Sisterhood, was nothing like the decorous novelist her early biographers portrayed her to be. Her friendship with the budding playwright, Anne Sharp, was emotional and intellectual - they shared a life of the mind. Brontë was profoundly influenced by the rebellious Mary Taylor, who pushed her to write about industrial agitation. This resulted in the deeply political Shirley. Woolf and Katherine Mansfield are always portrayed as bitter foes. The truth is that they shared a relationship of mutual admiration, competition and support. Woolf painstakingly typeset Mansfield's stories. They saw each other as allies and equals; each spurred the other on to produce some of her best work. They challenged the societal message that teaches women to believe "I cannot be good if she is".

This leads to one of the most significant lessons in A Secret Sisterhood - friendships among women are fruitful, layered, fraught and flawed, and worthy of the same admiration that male collaborations get. Midorikawa and Sweeney situate each female friendship within its specific historical context, which highlights the one aspect remaining unchanged over centuries - the prioritization of men's achievements, ideas and experiences over those of women. At a time when women's work in many fields is systematically undervalued, this drives home the growing need to counter the toxic idea that gifted women are eccentric, devious or rare. In truth, women have always built on the achievements of those who came before them, and have spearheaded change by working together. A Secret Sisterhood is a timely message to women writers that they need not go on their literary journeys alone when they have one another.