On the aggressive promotion of Sanskrit 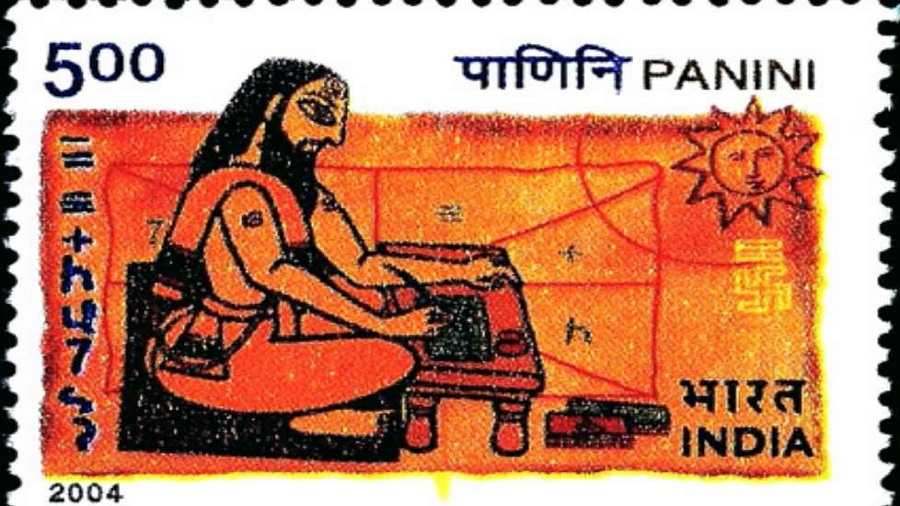 One of the many micro social engineering initiatives floated and enacted upon by the champions of the Hindu rashtra is to bring the Sanskrit language back into circulation. One often hears them say that if Hebrew could be brought back to life by Jews, why cannot Sanskrit be revived by Hindus? The Hebrew revival pioneer, Eliezer Ben-Yehuda, who led the movement towards the end of the 19th century, is their inspiration. The point missed by them is that the Hebrew revival movement emerged as a reaction to widespread anti-Semitism in Europe. Hebrew had run its course in history and had been long forgotten when the attempts to revive it began. Sanskrit, along with Greek, Latin, Arabic, Tamil and Hebrew, is one of the languages with great longevity. These languages emerged in the ancient world around the same time. Arabic, Greek and Tamil continue to survive, while Latin and Sanskrit declined and branched off into numerous modern languages. The desire to regain one’s ‘punya bhumi’ — the land of theological tradition — had some justification in the case of the Jews as they wandered in exile for a long historical period. That was not the case with Latin-speakers. Hence, there has not been a similar craving for the revival of Latin. The Latin world, after the decline of the Latin language, witnessed the blossoming of modern European languages and led the rest of the world through science and enterprise. Pointing to the case of Hebrew revival and making it the guiding star for cultural and educational policies of India amount to misreading its historical context and heading towards obscurantism.

Several untenable claims are made in favour of Sanskrit by the votaries of Hindu rashtra. One of these is that Sanskrit has all the knowledge that anticipates modern scientific developments, a claim that hardly stands scrutiny notwithstanding the intellectual achievements of that language.  A language remains relevant if people do their labour, their commerce, their intellectual transactions and social exchanges using it. The census of 2011 shows that there were about 24,000+ Sanskrit- speakers in India among the 121 crore processed for the census. Since the 2021 census has been delayed, it is impossible to know if the proportion of Sanskrit-speakers has shot up dramatically. An anonymous, widely-circulating social media appeal, translated into several languages, asked people to ‘claim’ Sanskrit as one’s mother tongue by all Hindus lest public funding is claimed by foreign languages (read, Persian and Arabic). Yet, one needs no census to know that the proportion of the persons who can use Sanskrit competently is negligible in the Indian population.

There is no doubt that Sanskrit — an ancient language — and Tamil — a living language — had a glorious past. Sanskrit managed to survive because of its linguistic ability to generate compound words for forming new words. It had an unusual ease with the use of suffixes or affixes to produce a string of synonyms and antonyms. In Sanskrit, just the addition of a simple phoneme, ‘a’ or ‘na’ or ‘un’, allows one to produce antonyms and, therefore, a large range of semantic tokens. It was the generative power of Sanskrit that was its strength, making it a durable language with an ease of geographical spread. However, the spread was not entirely because of its linguistic structure. The turning point in ancient history was the use of copper, the control of horses, and the use of wheel-run wagons that allowed ancient Eurasian steppe people to move out towards the south and the west. In the process, what is described as the ‘Proto-Indo-European’ branched into Indo-European, Indo-Iranian and Indic. Indic was subsequently named Sanskrit.    Its earliest form was related to the language of the  Avesta. One notices that at least 380 words — such as Indra, Mitra, Varuna, homa, — used in the Avesta are found in the Rig Veda. The spread of ancient languages resulted from the material changes taking place in the world during the second millennium BCE. It was the time when the earliest form of kingship was emerging in western and south Asia.

The languages that were spoken in India prior to the arrival of Sanskrit constantly interacted with it. Out of the interaction emerged new forms of Prakrit as well as the Apabramsa varieties. The interaction continued till the beginning of the second millennium CE when Sanskrit declined, making way for the modern Indian languages. By the tenth century, we notice that the writers using Sanskrit had consciously started engaging in bilingualism. Rajashekhar of the ninth/tenth century wrote his farcical plays in an early form of Maharashtri Prakrit, while his other works were composed in Sanskrit. From the eleventh century onward, India had writers who knew Sanskrit but chose to write in their own languages. By the sixteenth century, the Marathi poet, Eknath, questioned in defiance of Sanskrit, “If Sanskrit was created by Gods, was Marathi created by thieves?” This had been happening in the entire area where Sanskrit had previously dominated the theological, cultural and political domains of life. Sanskrit enjoyed glory till about the eleventh century. Later, it got replaced by modern languages such as Assamiya, Bangla, Marathi, Gujarati, Kashmiri, Odiya and Nepali and the early forms of Hindi.

There is no doubt that Sanskrit, like Latin and Greek, has been a great language. One has good reasons for being proud about the Sanskrit heritage. But excess of pride can degenerate into ‘unreason’, particularly if one overlooks that in the past a larger section of society in India was deprived of education as Sanskrit became a varna attribute. That history of inequality and deprivation too is a part of that inheritance. The kind of sociology that created a stranglehold over knowledge was not an essential feature of Indian society prior to the advent of the Sanskrit language. Owing to the ideas of pollution that sprung up in Sanskrit shastra-texts, India’s ability to produce useful knowledge suffered a deep wound. Sections of the society associated with labour, crafts and skills were denied their due place in knowledge transactions and started getting treated as subhuman. As a result, the Sanskrit knowledge stock started becoming obsessed with emphasis on ‘knowledge of the past’ and devoted a disproportionate amount of intellectual energy towards re-processing already existing knowledge stock. Combined with a certain degree of false pride, the interest in the past generates not just ‘untruth’ but also ‘unreason’. This obscurantism can altogether destroy the idea of equality on which our Constitution and democracy are founded. It is necessary to know that the aggressive promotion of Sanskrit is not primarily a linguistic project but a social engineering one.

(G.N. Devy is Chair, The People’s Linguistic Survey of India)