Head: Letters to the Editor: The healthy habit of using hand-me-downs

Readers write in from Calcutta, Chennai, Mumbai and New Delhi 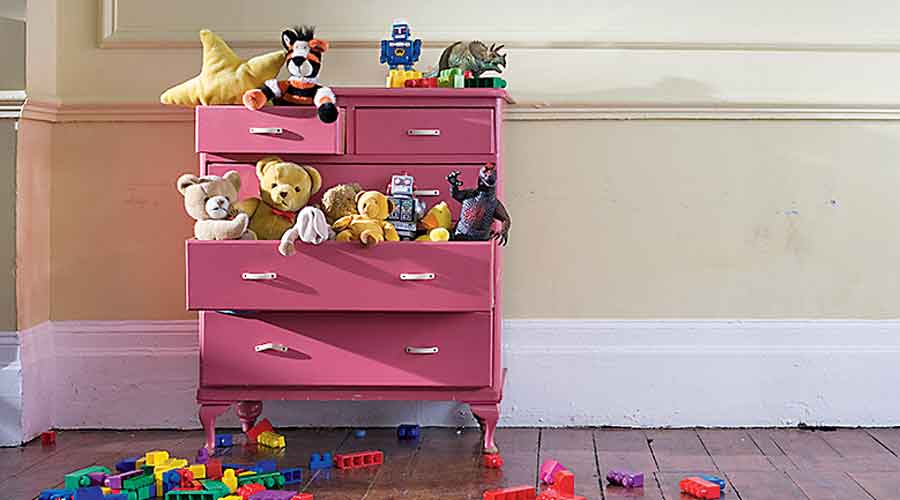 Sir — A survey conducted by the storage marketplace, Neighbor, in the United States of America found that quasi-house arrest made 78 per cent of respondents realize that they have more possessions than they need. But Americans have a dilemma. Some will have you believe that the hardest thing about parting with your belongings is choosing which items must go. It is not so; saying goodbye is easy. Finding new homes for one’s stuff is the challenge for Americans. But Indians have no such problems. We grow up with a healthy habit of using hand-me-downs from family members both close and distant, be it clothes, toys or books.

Sir — The Ukraine crisis is the result of the intensifying contradiction between the US-led imperialist forces, including NATO, and the Russian imperialists led by Vladimir Putin. Russia attacked Ukraine on February 24. This was a reaction to the proxy war moves by NATO since the time the Soviet Union disintegrated. NATO was launched after the Second World War by the United States of America to contain the then socialist Soviet Union. When the Soviet Union collapsed, the former socialist countries of eastern Europe started joining NATO. At this time, it was expected that NATO would be dissolved. Instead, NATO was further strengthened and it was declared that it would defend the US and its allies globally.

Putin’s Russia, insecure about NATO’s expansion and Ukraine joining the organization, has launched a war to teach Ukraine a lesson. Putin says he had asked for an assurance from Western countries that Ukraine would not be admitted to NATO and was compelled to attack when the US and others refused to provide such a guarantee.

In order to overcome its inglorious defeat in Afghanistan, the US intends to make NATO aggressive against Russia and intensify the conflict around the South China Sea to counter Chinese imperialists keen on global hegemony. The intensifying inter-imperialist contradictions prove that war and plunder shall continue until the imperialist system itself is thrown out, paving the way for socialist advances.

Sir — The incumbent Yogi Adityanath-led government in Uttar Pradesh is in trouble. Many shopkeepers, especially in Ayodhya, are unhappy about their establishments being demolished in the name of beautifying the city. This reaction was unexpected — after all, Ayodhya is the fulcrum of the Bharatiya Janata Party’s Hindutva politics. The party might still win in UP. But such discontent does not bode well for the party.

Sir — There are rumblings on the ground in Uttar Pradesh indicating that the BJP may not get away with its trick of polarizing the electorate in the name of the Ram Mandir. It may still win the assembly elections — by hook or by crook — but rising unemployment, as well as the poor state of the economy and law and order, are too grave for the state to ignore. It would thus be wrong to assume that the result in UP will show the way the country’s fate will swing in the 2024 general elections. Unless the BJP mends its ways, the displeasure
that is bubbling among people might just boil over in 2024.

Sir — The Maharashtra minister and Nationalist Congress Party leader, Nawab Malik, has been arrested by the Enforcement Directorate in an alleged case of money-laundering (“When in doubt, cry Dawood”, Feb 24). Malik has been vocal in his criticism of Central agencies such as the Narcotics Control Bureau. There have been several instances in which the Centre used State agencies to target those who oppose it. Notably, the ED has conducted 1,700 raids and investigations in 1,569 cases in the last decade under the PMLA, but has been able to obtain convictions in just nine cases. This suggests that the agency is using the provisions of the PMLA to harass those who dare to defy its political
masters.

Sir — The Shiv Sena-NCP-Congress coalition in Maharashtra has taken the arrest of Malik as another plot to destabilize the state government, resolving to fight with all their might what they condemned as a brazen political witch-hunt by the Centre. Political parties should allow the court to come to a decision before making allegations against each other.

Sir — According to an app analytics firm, people are spending an average of 4.8 hours a day on their smartphones, which is nearly a third of the time that they are awake.

These findings are disturbing. The constant use of smartphones is linked to depression and other health complications. Even more worrying is that it leads to fatalities by distracting people who are driving or walking on the streets with their faces glued to their phones. Addiction to smartphones can affect relationships, productivity, and lead to a total disconnect from the real world.

Sir — A school in Calcutta has launched an e-waste collection centre to create awareness about the proper disposal of electronic waste. This will teach students the importance of disposing the right things in the right place. Even though electronic items contain harmful chemicals, they are disposed with household trash. Improper disposal of e-waste can be harmful for the environment. It is thus thoughtful of the school to introduce this initiative.

Sir — The Calcutta Book Fair is one of the most popular events in West Bengal. It is amazing to see thousands of people travel miles only for their love of books. Writers, too, wait for the fair so they can interact with their readers directly. The book fair has become an intrinsic part of Bengali culture.
Sourish Misra,
Calcutta