Advertisement
Home / Opinion / Head: Letters to the Editor: How Bengalis have 'adopted' the once exotic 'phulkopi'

Head: Letters to the Editor: How Bengalis have 'adopted' the once exotic 'phulkopi'

Readers write in from Bhopal, Calcutta and Delhi 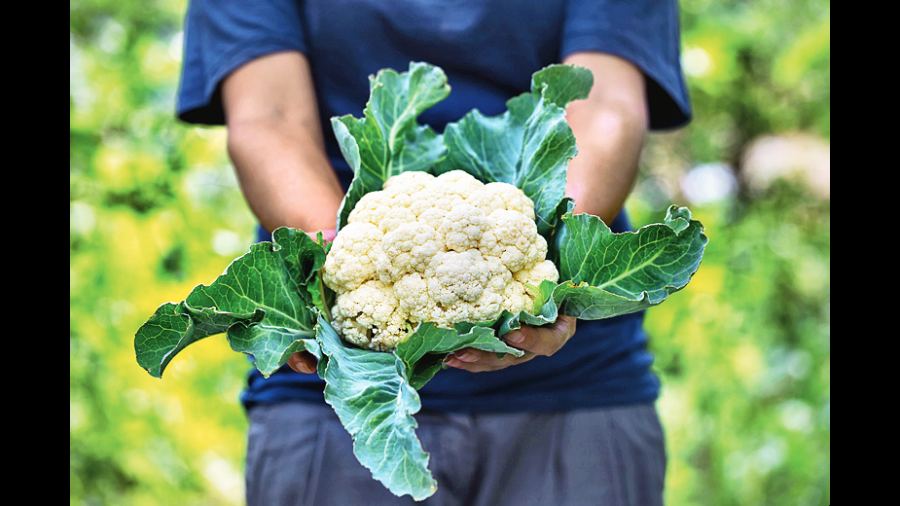 Sir — There will be few Bengalis who can imagine their lives without the cauliflower. Be it in machher jhol or shingara, the phulkopi is an inseparable part of Bengali cuisine. However, even 200 years ago when cauliflower seeds were first planted in India by the colonialists, it was considered an inferior vegetable. But for the then affluent middle-class Bengali, the cauliflower was an exotic addition to a mundane meal. Even the Tagore household took to it and invented several recipes like cauliflower cooked with eggs and cauliflower dampokto. If Bengalis had any misgivings about the cauliflower, they are long past them now.

Sir — On February 23, the chief minister of Rajasthan, Ashok Gehlot, announced the restoration of the old pension scheme for government employees who joined the service on or after January 1, 2004. This means that the National Pension System would be discontinued in the state. Chhattisgarh has followed in its footsteps. The old scheme assures lifelong income post-retirement the cost of which is to be borne by the government. It was discontinued in 2004 by the Atal Bihari Vajpayee government.

India is a welfare State. The Rajasthan government thus has taken the right decision. Employees who dedicate their lives to executing and implementing the government’s vision deserve to look forward to a worry-free life after retirement. With the cost of living being what it is, the NPS is not enough to ensure this.

The Centre should use this opportunity to revamp ChildLine. It must consider the issue from the perspective of the key beneficiary of this scheme — the child — and make certain that his or her safety, security and happiness are ensured.

Sir — The India-Australia Economic Cooperation and Trade Agreement that was signed recently is a key step in enhancing bilateral economic ties between the two major littoral states in the Indian Ocean and reflects the growing strategic alignment between New Delhi and Canberra. Envisaged as an ‘early-harvest agreement’, the ECTA covers the gamut of economic and commercial relations, including trade in goods and services, rules of origin, technical barriers to trade, dispute settlement and customs procedures.

Targeting a goal of doubling bilateral trade to about $50 billion in five years from the $27.5 billion logged in 2021, the partners have set about dismantling or lowering tariff barriers. Arguably, the best feature of the ECTA though is the incorporation of a compulsory review mechanism at the end of 15 years. With past foreign trade agreements having proved less than beneficial to domestic industry, this is an important feature.

Sir — The World Health Organization’s decision to recommend a pause in the supply of Covaxin for export is worrying. This follows an inspection of the company’s production facilities that found “deficiencies” in the process of ensuring that the vaccine produced is consistently suitable for use. Bharat Biotech, the makers of Covaxin, has said it is committed to addressing these gaps. It plans to submit a corrective action plan to the Drugs Controller General of India.

WHO has told countries that for now they should consider alternative vaccines but it has also said that the data available with it suggest that Covaxin is safe and effective. The details of these lacunae are not public. This is cause for concern for those of us who have taken Covaxin.

Sir — Global hunger is on the rise, driven by the climate crisis, the Covid-19 pandemic, conflicts, poverty and inequality. More people are living in hunger than in 2015 when the member states of the United Nations, including India, agreed to Sustainable Development Goals, which provide a shared blueprint for the future. The number of people in need of urgent food assistance — estimated at 270 million in 2021 — because of the pandemic will grow significantly with the crisis in Afghanistan and the ongoing war in Ukraine.

India’s ongoing humanitarian food assistance to the people of Afghanistan through the United Nations Food Programme is an example of its commitment to resolve humanitarian crises around the globe. India has made enormous progress in food production over the years with an inspiring journey towards self-sufficiency in food production. In 2020, India produced over 300 million tonnes of cereals and had built up a food stock of 100 million tonnes. But India must remember that with wheat export from Ukraine having ceased, the country may face its own shortages. While its efforts are appreciable, Indians should not suffer as they did as a result of the Narendra Modi government’s vaccine diplomacy.

Sir — Alarming figures of unemployment have been recurrent even before the huge dislocation unleashed by lockdowns. With government jobs being limited and reducing in number owing to the contractualization and outsourcing of several substantive posts, intense competition persists across various categories of jobs. This is a point brought to light yet again by the recent railways’ recruitment controversy. Shockingly, advertisements for even a handful of lower-rung government jobs attract an overwhelming number of applications, leading, at times, to the withdrawal of such advertisements.

The ramifications of this overall process are multifold. For instance, mounting job insecurity and unemployment have led to the arbitrary enhancement of educational qualifications stipulated for recruitment into better-paid government jobs, as well as new criteria for admission into professional training institutions. This is causing unnecessary stress on students, who are competing for limited resources, and encourages a culture of them flocking to coaching centres. The latter then become the hubs of student suicides.