Growth pessimism is fuelling nostalgia for the 1991 reforms 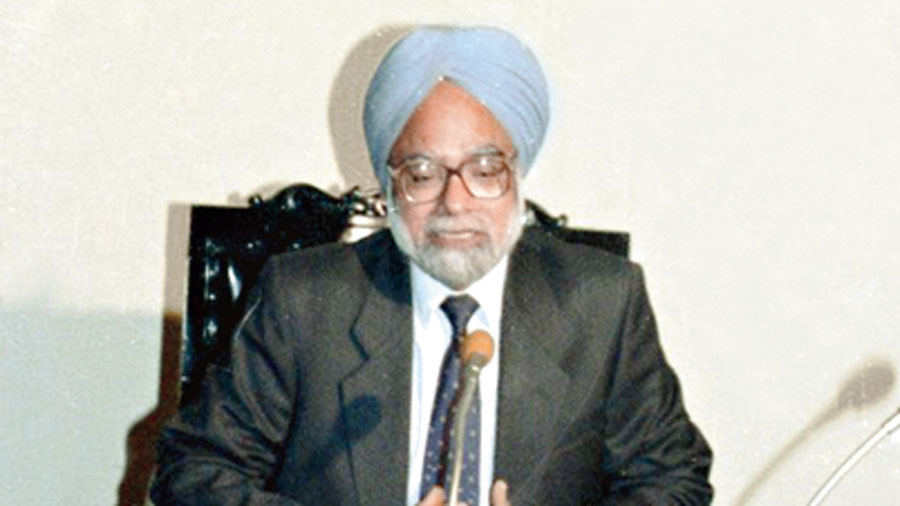 This month marks the 30th anniversary of the 1991 reforms in India. There is intense commemoration of what is considered to have been a paradigm shift in Indian economic policies. Thirty years are rarely a marker for any honour, though; silver, golden, platinum and centenary anniversaries are the usual choice. So what is the reason for the popular recall of  the 1991 reforms at the 30-year mark?

The main cause for this is growth pessimism. Gloom and doubts have arisen that nothing, neither reforms nor policies, is working. There is bewilderment about what exactly the growth strategy or framework is; there is a lack of clarity about the prolonged slowdown and investment stagnation. Alarm is increasing over protective tariffs, selective targeting of industries/products and other such policies hinting at a reversal of the liberalization course adopted in 1991. Hence, there is a yearning for something dramatic to change the status quo and break the economic stalemate, as had happened in 1991. Then, exchange rate devaluation and industrial delicensing changed aggregate relative prices and investment incentives to trigger resource shifts. Most other reforms happened in subsequent years, through engagement with stakeholders and institutions, consensus and adaptation to Indian conditions.

In fact, the memory of 1991 was revived much earlier — at least two years ago — as some members of industry urged the government to recreate the ‘1991 moment’. The memory sharpened with Covid-19, with many advocating the conversion of the crisis into an opportunity, as was done in 1991, following a balance of payments crisis. The growth pessimism is now omnipresent, but an incipient creep appeared some years ago. In hindsight, this perhaps began when the bonanza of the collapse of oil prices tapered off and lifted the covers off India’s growth drivers: the deficiency in private investment demand persisted; replacing its shortfall with public capital expenditures, which was supported by godsends — fuel tax revenues — was becoming a fiscal struggle; it became evident that consumer demand could not pull the gross domestic product ahead for longer. Demonetization in 2016-17 dealt a negative blow to aggregate output and employment.

The demand for some of the factor and product market reforms, which were pending owing to the lack of political will and consensus in previous coalition governments, then gained force. The need for these reforms was universally agreed upon after the 2012 economic slowdown; it was felt that structural changes could potentially alter India’s growth trajectory in the difficult world environment after the 2008 crisis. In fact, this constituted the backdrop for electing a majority government in 2014 to clear the path for revisiting the unaddressed reforms. The present government, then in its first tenure, responded by introducing the goods and services tax in July 2017; it followed inflation-targeting, a fundamental change to the monetary policy framework in 2015. In 2016 came the Insolvency and Bankruptcy Code, a resolution mechanism for the large pile-up of bad loans holding back the banking and corporate sectors. The Real Estate (Regulation and Development) Act, 2016, and the recapitalization, consolidation and merger of public banks were announced. Foreign direct investment was continuously liberalized, leaving no sector impermissible except for security purposes.

Yet, GDP growth fell in succession for the next two years in 2018 and 2019, by 6.8 per cent and 6.5 per cent. Voices in favour of reforms like those in 1991 first appeared at the time from the private sector. By mid-2019, in surprising coincidence with a resounding re-election of the government in power, growth pessimism had only increased. The feeling of a growth crisis, that India had lost its momentum or its mojo, was obvious and manifest in appeals for a spectacular shift in course. Reforms were not yielding the expected dividend, public investment was failing to attract business spending; so, what could be the source of growth? The government reacted swiftly by axing corporate taxes in September 2019 to induce private investment, among numerous other measures in a series of weekly announcements during that period. But in adverse parallel to 2012, GDP growth slipped below 5 per cent in a series of shocking slides — to 4.6 per cent in July-September 2019, 3.3 per cent in October-December 2019 and 3 per cent in the March 2020 quarter.

When the severity of the national lockdown broke the economy’s back last year, the mass growth pessimism morphed into calls for converting the fresh crisis into an opportunity. The crisis backdrop of the 1991 reforms has long engendered belief that India does not reform itself otherwise; therefore, reforms can be expected in a growth crisis of similar magnitude, as was thought in 2012. The government did bite some difficult bullets. It brought in sweeping changes to labour and farm laws, as well as a production-linked incentive scheme to stimulate manufacturing output and employment, to name some of the steps in the Atmanirbhar series. The second change is still a work-in-progress, while the backlash against the planned changes to agriculture markets and institutions is still playing out, so it is difficult to predict future gains.

The point is that none of the above reforms have prevented a resurgence of the 1991 nostalgia. People are looking back. There is a lot of introspection about the design, sequencing and timing of reforms. There is lengthy deliberation over what needs to be done further; it is pointed out that the next spheres of fundamental change are health, education, the judiciary, the police and so on; the need for Centre-state cooperation and resources required is underlined, among other factors.

However, there is a certain disconnect between this discourse and the present context. The elephant in the room is that reforms have stopped working in India. Macroeconomic stimulation, too, has been failing to inspire growth and investments in a deeply underinvested country. Can more reforms uplift growth pessimism when the root of its deepening pervasion is that neither reforms nor helpful policies are succeeding in revival? This awareness was brewing for some years; it has become all-encompassing now. After a long time — let us say since 1991 — the feeling that India can grow at, or get back to, the 8 per cent path has all but evaporated.

What lies ahead? Some economists argue that growth does not immediately follow after reforms but with a lag; that the high growth witnessed after 2003 was owing to the previous decade’s reforms. This may well be true. By now, though, it is known that India’s potential growth — the growth rate that can be sustained in the medium-term without creating excess inflation — has fallen because of the decade-long investment deficit. Post-pandemic, this has likely lowered further because of the permanent damages, to around 5 per cent or even less. In that case, incremental gains from structural reforms will not yield corresponding high growth rates of the go-go years of 2004-2010. It seems that growth pessimism or the sense of having lost momentum may persist for a long time. Remembering 1991 is unlikely to change that.