A new compact between the BJP and Muslims is implausible 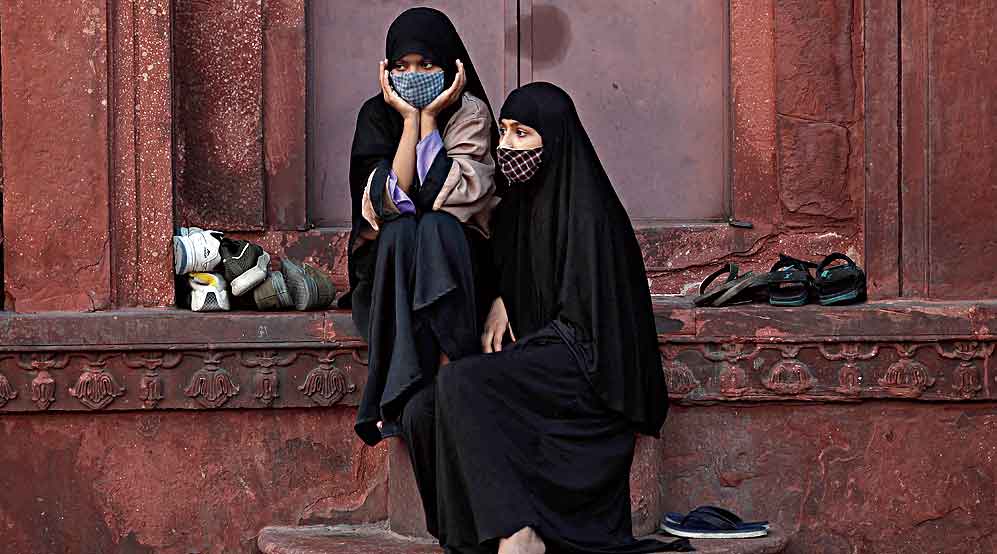 There is a strong case to be made that we are passing through the most difficult phase for Muslims in independent India. Being in the crosshairs of the dominant party of the country is a bad place to be for a community, and the Hindu nationalist stance towards Muslims seems to be becoming more hostile with time. This became evident with the current ratcheting up of the anti-Muslim discourse (halal, hijab, loudspeakers) as well as of communal violence. This anti-Muslim mobilization is now organically embedded in the grassroots and is de-linked from the electoral cycle. It has also acquired a momentum of its own and is relatively free of centralized control, as was demonstrated by the outbreak of riots in multiple states during Ram Navami celebrations.

The pessimism about the future of Muslims is compounded by two further realities, which should now be fairly clear after eight years of rule by the Bharatiya Janata Party. One, the BJP’s dominance of the country is a long-term phenomenon, demonstrated again and again by its success in the recent assembly elections. Two, the democratic institutions of the country — Opposition parties, bureaucracy, media, civil society organizations and, allegedly, the judiciary — do not have the capacity (and sometimes even the will) to as much as slow down the pace of this anti-Muslim juggernaut, let alone stop it.

In places such as Uttar Pradesh, Muslims have few political options. They have nothing to show for an unprecedented consolidation in favour of the Samajwadi party, except more antagonism from the ruling party. The political opposition in Uttar Pradesh all but disappears between elections, leaving Muslims defenceless against right-wing organizations that act as virtual extensions of the State.

Theoretically, one plausible way out for Muslims is the possibility of a new compact between the BJP and the community which brings about a thaw in relations. But is this a realistic possibility? Can there ever be some sort of mutual acceptance between the BJP (and the larger sangh parivar) and the Muslims? There are certain incentives for a détente for both parties.

For the BJP, as the governing party of India, fomenting a constant state of low-grade conflict among its own citizens does not seem to be a sustainable, long-term strategy. At present, the BJP is able to make sure that these simmering tensions do not explode into open warfare, even proclaiming its ability to keep riots in check. But its ability to control the dial of violence decreases as right-wing vigilantes become autonomous centres of power. The BJP is weakening the State by voluntarily ceding its monopoly on violence and might find it difficult to reassert control over these mushrooming, radicalized gangs. The BJP might have had to countenance little political cost in demonizing Muslims but a descent into large-scale violence or societal chaos might start repelling Hindus, especially if it begins to affect Hindu lives and livelihoods.

Second, as the governing party, whatever foreign-policy vision the BJP has would inevitably be frustrated if it does not amend its domestic policy towards Muslims. The BJP government would never be able to credibly sell India’s image as a peaceful and tolerant democracy, or deepen its partnerships with the West or the Middle East, if it does not stop brutalizing Muslims in India. This is not the same world in which M.S. Golwalkar and V.D. Savarkar wrote their seminal texts, a world where the forceful assimilation of minorities or ethnic cleansing was not just commonplace but also considered the sole prerogative of sovereign nations.

Today, human rights issues are part of the foreign policy agenda of many countries and affect everything — from trade and foreign investments to alliance-making as well as the soft power of national prestige. The world is watching how India is treating its minorities, and internet blackouts and media suppression do not comprise an adequate solution. Moreover, the BJP has effectively no political competition in the right-wing space and can thus tack away from a hard, anti-Muslim stance without having to be worried about being outflanked from the Right.

The Muslims have more compelling incentives for reaching an accommodation with the BJP. Most ordinary Muslims might not be averse to the primacy of the symbols of Hindu rashtra in the public sphere, provided they are left alone to earn, pray and live in peace. They do not care as much about the prime minister administering havans or public funds being spent on temples or the Bhagavad Gita being taught in schools as they do about the violence of Hindutva vigilantes or on curbs on their religious practices. If secularism is, indeed, a losing fight, many Muslims might reason why should they stake everything on it. A more dignified settlement in a post-secular India might be preferable to a futile and bruising struggle to recover some idea of a secular India that few others are invested in anyway.

In some respects, there already does exist localized understandings between the BJP and Muslims. In most elections, between 5-10 per cent of Muslims have been shown to vote for the BJP, mostly out of concerns of political patronage. In her paper on the BJP’s Muslim supporters in Gujarat, the political scientist, Raheel Dhattiwala, found an ‘unprecedented surge’ in Muslim public support for the BJP during her period of fieldwork (2010-14) driven by a need to get along with the BJP in order to access State resources. Even as Dhattiwala found that the actual Muslim vote for the BJP might have been less than the stated public support, her analysis of booth-level data suggest that poor Muslims were much more likely to vote for the BJP than affluent Muslims.

Can these local-level relationships between the BJP and its Muslim supporters be scaled up at the national level? Can there be a normalization of relations between the BJP and Muslims as there has been, say, between the Republican Party and Hispanics in the United States of America? This still seems unlikely, for three reasons.

First, the BJP does not recognize any Muslim leadership at the state or the national level that can act as intermediaries. The only Muslim intermediaries the BJP tolerates are at the local level where they can help in the access to State benefits. The marginalization (and demonization) of the old Muslim elite, cultivated by the Congress, has meant that there is no one left to negotiate a new compact with, or even to engage with, on behalf of the Muslim community. Meanwhile, the only Muslim leaders acceptable to the BJP are those like Arif Mohammad Khan, who reject the very existence of any separate Muslim interests or concerns and merely parrot the BJP’s line.

Second, conservative parties elsewhere have accommodated minorities through the overlap of values. For instance, the Republican Party is attractive to many Hispanics because of its religiously conservative values on abortion or LGBTQ rights. But there can’t be any value overlap between the BJP and Muslims since the BJP is not quite a conservative party, but a right-wing party that has historically defined its values in opposition to Islam and Muslims. In other words, the BJP seeks not the conservation of Hindu religion but its domination vis- à-vis Muslims which makes it harder to accommodate Muslims.

Three, there is no other community that can take the place of Muslims as targets for majoritarian mobilization. In Western countries, immigrants have increasingly displaced native-born minorities as the quintessential ‘Other’ of xenophobic politics. In Britain, for example, Conservative politicians are less likely to demonize Britain-born black citizens than migrants from the Middle East. In the US, the Republican Party’s dog whistles are exclusively aimed at immigrant Hispanics rather than all Hispanics as a racial group. There is no other sizeable minority to take the heat off Muslims in India. Christians have a negligible presence in most Indian states. They also don’t have the baggage of Partition or Pakistan; this enables the BJP to aggressively court them in Kerala, Goa and the North East.

For all these reasons, a grand bargain or even a thawing of relations between Muslims and the BJP appears to be implausible. But if Muslims are to get some respite from Hindutva, especially in states controlled by the BJP, it — paradoxically — seems to be the only realistic option.