Green deal: Editorial on change of guard in Australia 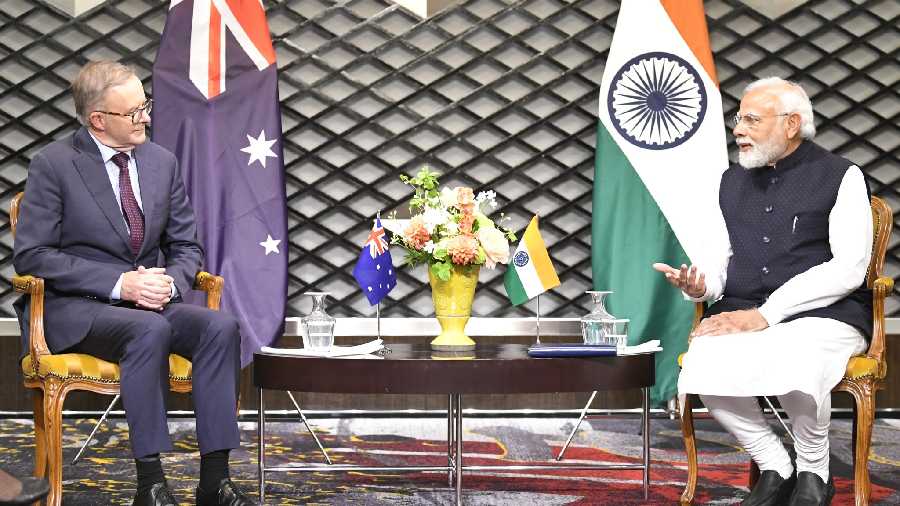 Australia has a new leader. The Labor Party’s Anthony Albanese was sworn in as the country’s prime minister on Monday, ending nine years of rule by the centerright Liberal Party. Canberra is more than 10,000 kilometres away from New Delhi, but the election outcome will have a bearing on India’s relations with Australia. Equally, it has demonstrated a radically futuristic approach to electoral politics that the world can no longer ignore. Australia is the world’s biggest exporter of iron ore, the second-largest supplier of coal, and ranks fifth among sellers of gas and gold. In all, the country earns almost two-thirds of its export revenue from these four commodities. The oil and gas industries employ tens of thousands of Australians. Yet one of the central takeaways from the election results was the victory of candidates and parties committed to transforming Australia from one of the world’s leading emitters of carbon dioxide per capita to a powerhouse of green energy. Mr Albanese campaigned on that promise, and the Greens and others that contested on similar platforms won handsomely too. Australia’s vote builds on a growing trend of national elections — including Germany and Greenland last year — where climate change has been a central issue.

It is unlikely that the new government in Canberra will make any drastic moves to disrupt its lucrative industries. But any shift away from a minerals and fossil fuels-based economy, if truly pursued by Mr Albanese, will come with consequences for the world and for India in particular. India sources more than 40 per cent of its coal from Australia. The sweltering heat and power cuts in many parts of India are reminders of just how much the world’s second-most populous nation depends on coal to fuel its industry and light its homes. Under the recently signed interim free trade agreement between New Delhi and Canberra, India has promised to remove a tariff on Australian coal. Any reticence from Mr Albanese’s government to follow through on the FTA would adversely impact ties. A climate-friendly government in Australia also cannot be good news for corporations, including those from India, whose ventures have attracted criticism from environmental activists. Yet, there is much to admire about Australia’s mandate. At a time when some politicians appear determined to drag India into the past — by digging not for coal but for idols — the Australian electorate’s decision to invest in the future holds valuable lessons.