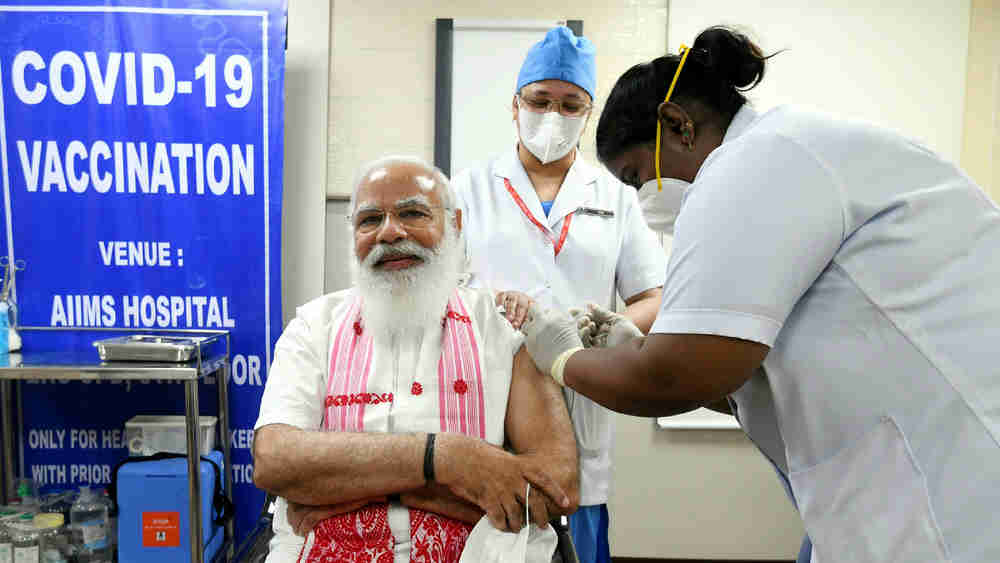 A speaker in a television debate was deploring the paucity of hospital beds. A simple soul would have gone on to say, ‘We need more beds.’ This philosopher astutely stressed another logical possibility: ‘There are too many people.’ He was defending the moves in certain states to penalize those with more than two children.

As an exercise in theoretical dialectics, his stand was impeccable, but it lacked context. He overlooked the fact that India’s total public expenditure on health is under 2 per cent of GDP, the Centre’s share being 25 per cent of this. Roughly two-thirds of hospital beds are utilized by the one-third of our population who can pay commercial rates, sometimes by pauperizing themselves. A new government scheme of Rs 50,000 crore for hospital expansion consists entirely of credit guarantees to private players, further skewing the ratio.

Our new Union health minister is rightly concerned that across India, people are queuing fruitlessly for Covid shots. Again, the simple-minded would infer a shortage of vaccines, but the minister knows it’s owing to mismanagement by state governments. In that case, a shortage at point A should be balanced by a glut at point B. Yet the latter seems the case only at private hospitals. The simple-minded would conclude that few people can afford market rates, and the 25 per cent commercial quota needs reducing. At least two chief ministers have said as much, to no avail.

In an India-sized country, any statistic can seem huge, even if dwarfed by others left uncited. The allotment of x lakh vaccines for a state is acclaimed, concealing that the demand runs into crores. The minister’s early tweets, besides reviling the Opposition, stated the projected supply of vaccines per month. That means nothing unless set against the amount required, the amount manufactured or imported, and the long-term immunization schedule. One-off statistics cannot buttress a rational plan.

I would not dream of calling our rulers irrational. Rather, their sagacity tells them that their trusting subjects can be fobbed off with impressive noises in default of fact and logic. Towering numbers can be as mesmerizing as giant statues and bullet trains, and vastly easier to supply.

Another favourite ploy with numbers is to confuse the trail. A budget increase of 137 per cent was claimed for the novel head of ‘health and well-being’ this Covid year. In fact, the health ministry received 10 per cent less than last year’s revised budget. Besides Rs 35,000 crore earmarked for vaccines, the increase was owing to a 28 per cent hike for the Ayush ministry and a generous (and welcome) allocation for drinking water and sanitation to the ministry of public health. Such juggling of heads makes it impossible to compare one year with another. It also allows multiple citing of the same grant, as the jackal in the folk tale showed the crocodile his sole surviving offspring over and over.

Covid relief packages have employed similar tactics. They included items repeated from earlier budgets, items — like private participation in space projects — of doubtful relevance to Covid, and many items that were not grants but loans or mere guarantees for loans. A cow, a horse and a camel do not add up to three elephants. Neither in intent nor in function was this an integrated programme of Covid rehabilitation. In fact, it bore the dual label of an Atmanirbhar package.

A not dissimilar ploy argues how little the Rs 20,000-crore Central Vista project will actually cost: for the present, allegedly, just Rs 1,300 crore. In fact, that is the upfront commitment for just two components in the first two months of the financial year — ignoring other construction likely to start this year, like the prime minister’s residential complex and other buildings elsewhere to house the ministries temporarily. That modest 1,300 crore is contrasted with the obviously larger budget for vaccines — with no heed to countless other demands, mostly unmet, resulting from the pandemic.

Government pronouncements have come to resemble publicity exercises. There is hardly a pretence at dispassionate furnishing of data or grounded justification of policy. Instead, we encounter a barrage of mental bludgeoning: stray misleading factoids, statistics without source or context, rhetorical claims defying logic. They are offences to the intelligence, purveyed by our wise rulers because they consider us gullible.

The practice has spread to sectors of society that stake their authority on learning and judgment. When the maximum gap between Covishield doses was increased to 16 weeks, one argument was that everyone may not have taken their second dose by 12 weeks. This could only be due to personal problems or shortage of vaccines: neither is a medical argument. More basically, we were told the gap was extended on the best medical evidence. Laymen were puzzled when leading doctors denied knowledge of such research. The confusion could have been avoided had the official announcement cited its sources. That is what distinguishes scientific method from practices that concoct their own trials, reports and certification.

This was instanced in the ‘trial’ of a herbal nostrum administered in a southern state to Covid patients in no serious danger. Its champion was jubilant: “Many patients died in the allopathic hospitals, but all ours recovered.” In other words, the potion did not kill off those who would have survived anyway: a less than total proof of efficacy. One wonders at the pressures that induced a state government to pander to such fallacies.

Where even medical science proves malleable, the law obviously provides rich material. In some new-age legislation (like the original version of one of the contentious farm laws), the terms exclude recourse to the courts. Again, we laymen can only wonder. Can there be laws not subject to the courts — laws beyond the law?

Going still farther, Father Stan Swamy is the latest prey to laws that, on crucial issues like evidence and personal liberty, operate unlike all other laws — indeed outside the normal parameters of jurisprudence and, some lawyers say, constitutionality. We laymen cannot tell; but in the Supreme Court’s words, it makes everyone scared. One may well be terrified if one’s fate is effectively determined by the mere charge of wrongdoing rather than the evidence. The fear is so total and visceral as to divert all attention from the moral and intellectual bankruptcy underlying such laws.

In Shakespeare’s Measure for Measure, a magistrate questions a bawd about the latter’s occupation: “Is it a lawful trade?” The answer comes: “If the law would allow it, sir.” Such seamless logic heralds a fearsome reign of misrule and unreason where the State can nonetheless say, ‘Whatever is done is in accord with the law.’ Let us look to our times.