This endorsement not only shows a north Indian bias, but also, far alarmingly, glorifies a regressive ritual establishing gender inequality 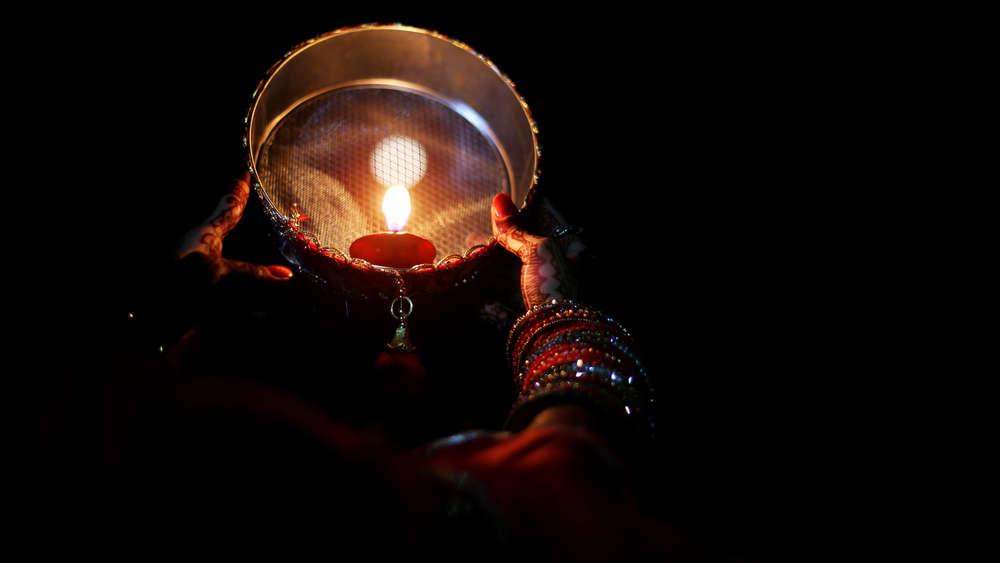 The ministry’s enthusiasm is not puzzling after all; it perfectly expresses the BJP’s values and culture.
Shutterstock
The Editorial Board   |     |   Published 12.11.20, 04:09 AM

The Union ministry of culture’s enthusiasm for the ritual of karwa chauth seems a little puzzling at first sight. This time, the ministry sent out decorative messages by WhatsApp and Twitter wishing all women happiness for the occasion and lots of illumination by moonlight. The tweet explained that on karwa chauth women fast the whole day for the long life of their husbands and gaze on the risen moon through a sieve. What it missed mentioning was that this is a north Indian practice, not a countrywide one. But the present government in Delhi is least bothered by that. Everyone must enthuse over rituals in north India. So the ministry sent its WhatsApp wishes for karwa chauth happiness to institutions under it: evidently museums and libraries were expected to celebrate husbands too. This ritual is an example of the kind of items that the Narendra Modi government envisages including in the national list of intangible cultural heritage referred to in its vision document 2024. Intangible cultural heritage for the Bharatiya Janata Party must refer to occasions such as bhai dooj, raksha bandhan and karwa chauth that, according to the government that knows all, reaffirm familial relationships between men and women.

The emphasis of karwa chauth is on treasuring the husband, clearly the superior in this relationship. The wife must fast for his welfare. The government website says that unmarried girls practise karwa chauth in the hope of good husbands. Numerous local rituals or vrats in different parts of India have similar goals, or allied ones, such as the welfare of children. The government’s endorsement of karwa chauth not only shows a north Indian bias, but, far more alarmingly, also glorifies at a national level a regressive ritual establishing gender inequality and destroying the notion of the independent woman. By implication, the details of the ritual prescribe the role of the wife and, thus, what an ideal marriage should be. It is based on the wife’s piety, self-effacement and worship of the spouse. The glosses on the website complete with two myths propagate marriage as the be-all and end-all of a woman’s life: she should start fasting as soon as possible for its sake. The ministry’s enthusiasm is not puzzling after all; it perfectly expresses the BJP’s values and culture.