Gujarat may have renamed the dragon fruit, but that is unlikely to deflect attention from the real dragon at the door 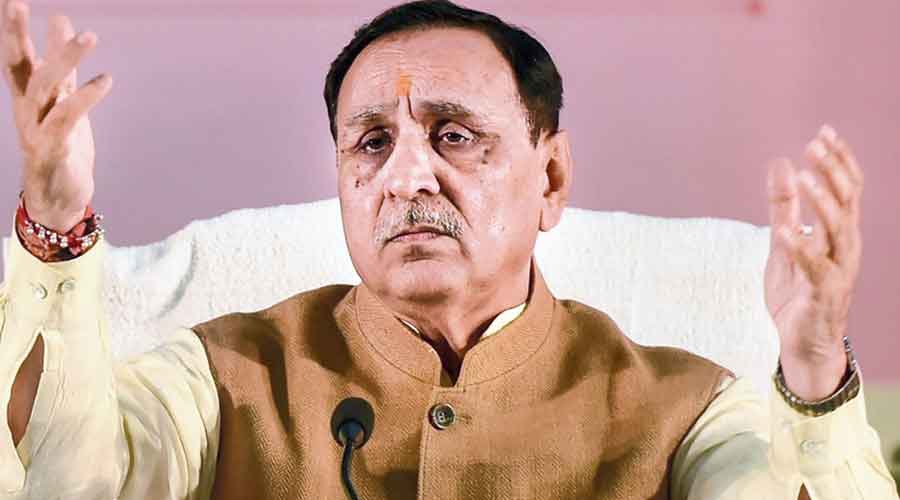 Harry Houdini is no longer the unparalleled master of the vanishing trick. The Bharatiya Janata Party in Gujarat believes that it has pulled off a Houdini. The chief minister, Vijay Rupani, has renamed the dragon fruit as ‘Kamalam’, in the hope that this sleight of hand would purge this fruit of its symbolic connection with China — the fire-breathing mythical creature has had, in the public eye, the ‘Made in China’ tag embossed on it for ages. The disdain of Mr Rupani’s party for history is well-documented. There is now evidence that the BJP scoffs at geography too. The dragon fruit originated in Mexico, not China; the alteration of geographical borders by China could not be prevented under the BJP’s watch either. The failure, so far, to re-establish the status quo has forced the BJP — none should doubt its muscle-flexing or patriotism — to do the next best thing: indulge in futile, comical efforts to erase Chinese imprints, real or imagined, from India. Having run out of Chinese apps to ban, the party has now taken upon itself the formidable task of purifying the world of fruit. The party must march on undeterred, ridding other species of the purported Chinese signature. Why not rechristen the dragonfly next? Bengal, which is in the BJP’s political radar, could well figure in the scheme of things. Would Calcutta’s Chinatown be renamed Kamalnagar in the future?

The belief in the power of new names to obfuscate inconvenient historical facts or narratives is neither novel nor new: it is a shared political trait. In recent times, the BJP has gone about renaming Allahabad to Prayagraj and Mughalsarai Junction to Pandit Deen Dayal Upadhyaya Junction. In this, the BJP may have simply taken a leaf out of its political adversaries. The Congress changed Connaught Circus to Rajiv Chowk; among other renaming ceremonies that Bengal witnessed during the Left Front’s reign, Harrington Street in Calcutta, where the American embassy is situated, underwent a rather symbolic transformation into Ho Chi Minh Sarani. Yet, history is a resilient creature and the mere change of name is not enough to erase symbiotic connections that have been nourished over centuries. The dragon and the elephant, in spite of epochs of bitterness, share such bonds. Would New India agree to give up its beloved cup of chai, China’s most enduring gift to the world? Getting the Bengali to throw away a plate of chow mein could prove to be equally challenging for the BJP.

Instead of trying to rewrite history, there is a case for greater investment — both in terms of scholarship and diplomacy — in old connections that are the embodiment of shared histories. The BJP is desperately trying to prove that it is a disciple of Rabindranath Tagore. This great man had the vision to recognize the importance of fraternity that transcends political and geographical boundaries. Cheena Bhavana at Visva-Bharati is a testament to the need of maintaining the intercourse of culture and friendship especially during times of strife. The fraternity that is the outcome of such a syncretic vision could go a long way in keeping the dragon away from the door.