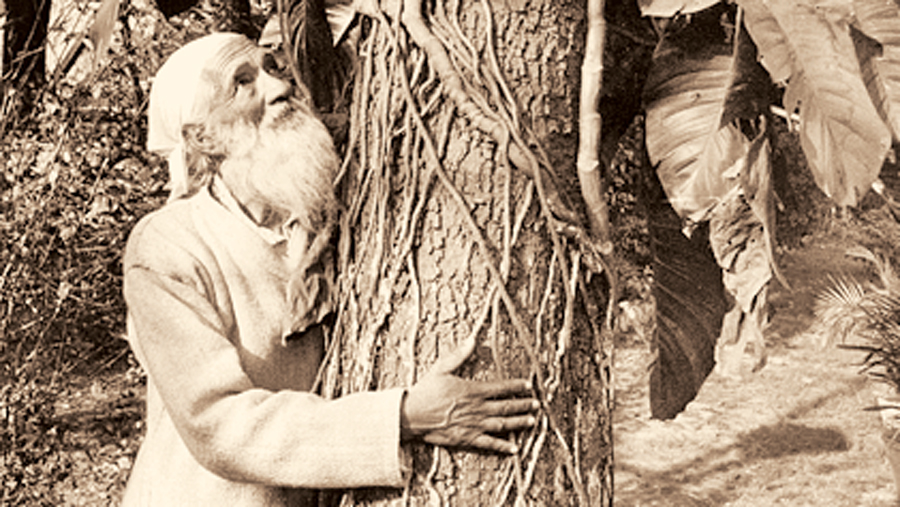 Three remarkable Indians died in a single week in May. All were greatly influenced by Mahatma Gandhi, though each expressed his ‘Gandhism’ in different ways and in different geographical settings. One was in his eighties, the second in his nineties, the third had lived for more than one hundred years on this planet. So while we mourn their deaths we must also celebrate their lives.

The first of these Gandhians to go was Sunderlal Bahuguna of Uttarakhand (picture). When the Chipko movement began in the upper Alaknanda valley in 1973, Bahuguna already had several decades of social work behind him. The initial Chipko protests had been led by Chandi Prasad Bhatt, in Bahuguna’s words the ‘mukhya sanchalak’ (chief organizer) of the movement. Inspired by what women and men had done in the district of Chamoli, Bahuguna brought the idea of Chipko to his own home terrain, the valley of the other great branch of the Ganga, the Bhageerathi. Here he organized protests against the felling of green trees, going on long fasts in the forests.

I first met Sunderlalji in Calcutta in 1981. I was just beginning my doctoral research on Chipko, and he had come to the city to talk on this very subject. He was a captivating, compelling speaker, switching between Hindi and English with ease (doubtless he was even more captivating and compelling in his native Garhwali). Two years later I did a spell of fieldwork in the Badyar valley, interviewing peasant women who had worked with Sunderlal in a major protest he had led there.

In the course of my research I came to admire both Chandi Prasad Bhatt and Sunderlal Bahuguna. Journalists and academics in Delhi were quick to take sides, promoting one or the other as the ‘real’ or ‘true’ leader of Chipko. In truth, both had played vital roles in the movement. Besides, their orientations were different, but complementary. After the protests of the 1970s had led to a rapid decline in commercial felling in Uttarakhand, Bahuguna took the message of Chipko across the Himalaya. Bhatt, on the other hand, focused on grass-roots reconstruction within Uttarakhand, mobilizing women and students in successfully reforesting hillsides made barren by what one Chipko activist described to me as “andhadhun katai”, the reckless felling of trees by contractors in collusion with the forest department.

Both Bahuguna and Bhatt inspired many younger Indians to take to a life of service and activism.

Matching Sunderlal Bahuguna in energy, courage, intelligence and charisma was a Gandhian who died five days after him. This was H.S. Doreswamy of Karnataka. He was a decade older than Bahuguna, and thus had an even longer record of service. As a student, Doreswamy met Gandhi when the Mahatma came to Nandi Hills for a spell of rest and recuperation in the summer of 1936. Six years later, Doreswamy played a leading part in the Quit India movement in the princely state of Mysore, spending a long time in jail as a consequence.

In the 1950s and 1960s, Doreswamy worked in the Sarvodaya movement, focusing on land redistribution. However, when the Emergency was promulgated in 1975, he abandoned social work for activism, which resulted in his now being jailed by the government of independent India as he had once been jailed by its feudal and colonial predecessor. He was released after a few months, and spent the rest of his life working for a more humane social order in his home state.

I first met H.S. Doreswamy in the late 1980s, when I took part in demonstrations led by him against the environmental destruction of the Western Ghats by the military-industrial complex. Already in his seventies, he was an impressive presence; tall, erect, always ready to lead a procession or go on hunger-fast. Like Sunderlalji, he had a special way with the young, his accessibility and sense of humour drawing them closer to him.

My most recent meeting with H.S. Doreswamy was in March last year. In the intervening decades I had, of course, followed his work closely. He was verily the conscience of Karnataka, fearless in taking on land sharks, mining companies and, not least, corrupt politicians. Through his eighties and nineties he retained his zest and commitment, raising his voice against social and economic injustice, all the while refusing to take any favours from the state. He never owned a car, preferring to use public transport. The photographer, K. Bhagya Prakash, seeing a ninety-one-year-old Gandhian waiting at a Bengaluru bus stop, stopped to take — unnoticed by the man himself — a series of quite wonderful snaps of Doreswamy boarding a bus, these reposted on Twitter after his death.

HS Doreswamy waiting for a city bus at Jayanagara 4th Block on 31st December in 2009. He was 91 then! @the_hindu ace photographer K Bhagyaprakash has beautifully captured it. Doreswamy lost in thoughts, was unaware. #HSDoreswamy #Bengaluru #Karnataka - courtesy - B Samiulla pic.twitter.com/2WD95VbvMY

For all its other achievements, the Gandhian movement in independent India has never paid adequate attention to the threat posed to the Republic by the rise of Hindutva majoritarianism. (Sunderlal Bahuguna himself sailed quite close to these murky waters, associating with the Vishwa Hindu Parishad on occasion.) In this regard, H.S. Doreswamy was a sterling exception. His last campaign, which he undertook at the age of one hundred and one, was against the immoral Citizenship (Amendment) Act. Inspired by the exemplary courage shown by students (particularly female students) at Delhi’s Jamia Millia Islamia in the face of police repression, the centenarian Gandhian decided to make a public statement himself. In March 2020, he placed himself under a shamiana in an open space where, along with thousands of other friends and admirers, I went to meet him and hear him speak. As The Hindu reported, Doreswamy held the CAA to be grossly discriminatory, “antithetical to the founding principles of our nation”. “The Muslims here chose to be Indians,” he said. “They cannot be asked to prove their citizenship now.” Opposing the regime’s discriminatory policies, observed Doreswamy, “doesn’t make me anti-national. We need to differentiate between the government, the state and the nation.”

Both Sunderlal Bahuguna and H.S. Doreswamy were activists who were entirely comfortable being in the public eye. They were quite happy to express their thoughts if a microphone were placed before them, and fluently and wittily too. Both were also extremely photogenic. Rather different in character and temperament was a Gandhian who died just after Bahuguna and just before Doreswamy. His name was K.M. Natarajan. Gentle, self-effacing and hence much less well-known than the other two, he admirably embodied the Gandhian spirit in his own home state, Tamil Nadu.

Natarajanji was more a constructive worker than an activist. Inspired by Gandhi as a student, in 1956-57 he joined Vinoba Bhave on a long padayatra through Tamil Nadu, promoting the Bhoodan movement. Thereupon he dedicated the rest of his life to rural renewal. He worked on, among other things, the abolition of caste distinctions, the promotion of khadi and of organic agriculture, and the redistribution of land owned by temples to landless labourers. Among his closest associates in these campaigns were that extraordinary couple, Sankaralingam and Krishnammal Jagannathan, and an American in khadi, Ralph Richard Keithahn.

I first got to know K.M. Natarajan courtesy the Indian postal service. Back in 1996, I had written a newspaper article on the Gandhian economist, J.C. Kumarappa, which prompted a most instructive mail from a man in Madurai who had worked closely with Kumarappa himself. Many years later, while researching the life of R.R. Keithahn, I found Natarajan had known him well too. So I travelled to Madurai to seek his advice. Over cups of tea in the Sarvodaya office in the Gandhi museum complex, Natarajanji told me many things I did not know about Keithahn’s life. Then he sent me off with introductions to people at the Gandhigram Rural University in Dindigul, who had known Keithahn well too.

In the course of our conversations I discovered, to my surprise and joy, that Natarajanji had a keen interest in that decidedly un-Gandhian pursuit, the game of cricket. And his generosity was boundless. After I returned to Bengaluru, I received a steady stream of parcels from him containing original letters written by Keithahn, which he had sourced for me from all over Tamil Nadu. His kindness extended to reading drafts of what I wrote on the subject, with my errors gently pointed out.

As I reflect on these three lives, I see what each of them has to teach those of us who still have time left on this earth. Bahuguna of Uttarakhand taught us that human beings are not separate from or superior to the natural world, that for our own survival we have to respect the rest of creation. Doreswamy of Karnataka taught us that discrimination according to caste, class, gender or creed is not just antithetical to the ideals of the Indian Constitution, but to decency and humanity itself. To oppose such discrimination, and non-violently, is the duty of all who claim to have freedom and justice as their ideals. Natarajan of Tamil Nadu taught us that true self-reliance begins with the individual, working with her family and her community, that local action for rural sustainability is as vital to the future of the planet as international agreements on reducing carbon emissions.

Three lives, each admirable, albeit in different and distinct ways. Yet there was a common thread that bound them. Bahuguna, Doreswamy and Natarajan were deeply rooted in their home districts, their home states, while being keenly interested in India and the world. It was a privilege to have known them all.