From aid to gain 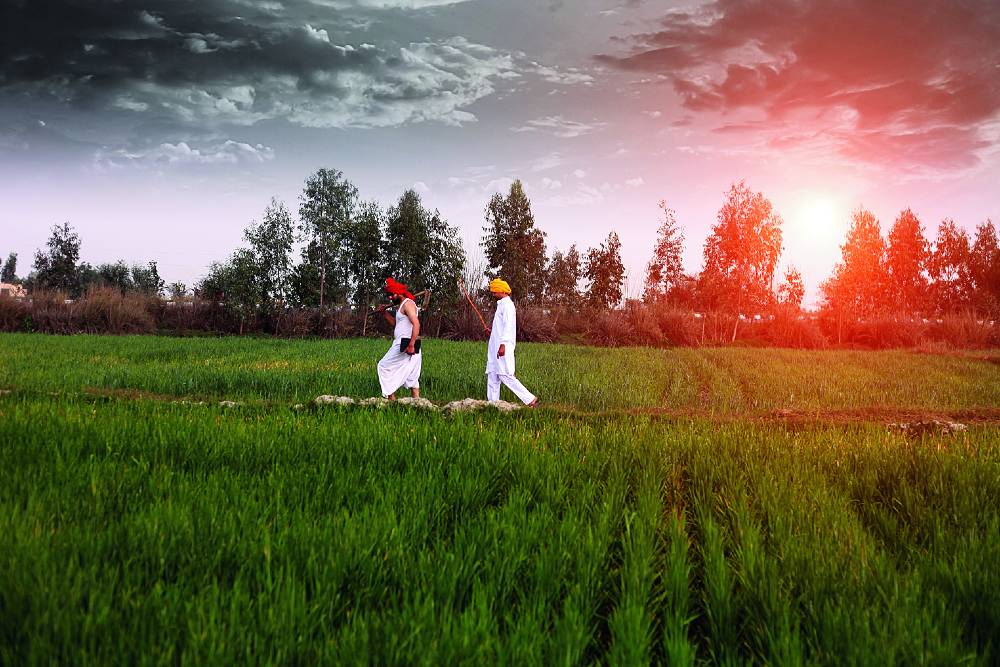 Indian dependence on American food imports had to end. So, more than anti-communism, self-reliance was the prime objective
(Pexels)
Mahesh Rangarajan   |   Published 10.05.20, 06:56 PM

The Covid-19 crisis poses many challenges for India. One front that is almost taken for granted. Today, when the world faces the threat of a virus, India as of late April 2020 could declare a food grain reserve of 73.8 million tonnes. Anyone with doubts about gains should take a look at sub-Saharan Africa, many of whose nations are still reliant on food aid from the United States of America.

But much of this is due to a set of choices made just over a half-century ago. The Green Revolution is held accountable on many counts, but the drive for the changes came from a real-life crisis. It was long in the making — with farm yields hardly increasing in the decades before Independence.

India had begun food imports from the US as early as 1951. The prime minister Lal Bahadur Shastri had in his very first month indicated a shift of emphasis from heavy to light industry and towards consumer goods and agriculture. The new Union minister of food and agriculture, C. Subramaniam, would hold the job for four years. He was warned in plainspeak by Shastri that the ministry could well be his very own Waterloo.

The Planning Commission frowned at the idea of a baseline price for crops. The proposal could be considered, an official said, but only a year later. A support price was a must before sowing commenced. Cultivators, the minister warned, could not wait a year. As the meeting ended, he exited but made sure to slam the door. This tactic worked. The minimum support price mechanism came into being. This gem of a story is in his otherwise dry memoirs published in 1995.

There was a global dimension to this. In November, 1965, a key meeting took place with Orville Freeman, secretary of agriculture of the US. ‘CS’, as the new minister was widely known, sought US assistance with new high-yielding seeds for wheat. A major role was to be played by two foundations, Ford and Rockefeller. Japanese, Americans even the Chinese were all breeding high-yielding varieties of crop plants.

Subramaniam felt that the US president had thought “like a district Nawab”. The president thought he was getting India to do his bidding. The minister told Dennis Kux, the author of a book on Indo-US relations, years later that the Indian government was set on a new course any way. Playing on made sense.

There is no doubt that the concern about the spread of communism in Asia was uppermost in American minds. To fight hunger through technology and farmers’ enterprise could be the US answer to the threat posed by a country that would soon be on all American lips: Vietnam.

The landings of US troops in Danang, South Vietnam that March marked a new front in the Cold War. And the magic seeds were part of that Great Contest. The historian, John McNeill, calls the Green Revolution “a child of the Cold War”.

India was at the centre of the unfolding drama. The food crisis was for real. This became starkly evident in January 1966 when, upon the death of Shastri, the new woman prime minister faced a challenge unknown in independent India: two successive failures of the monsoon.

Indira Gandhi told a confidante of the challenge she had faced in Washington DC. She had had to seek food aid without ever openly appearing to do so. But tensions lay ahead. By November 1967, on her visit to Moscow, the Indian leader signed a declaration calling for an end to “imperialist aggression” against the Vietnamese people. Lyndon Johnson’s response was swift. Shipments to India slowed down.

Indian dependence on American food imports had to end. So, more than anti-communism, self-reliance was the prime objective. High yielding varieties were the lynchpin of the strategy. They matured faster, and the dwarf stalks could hold more grain. The seed to yield ratio was higher, but if and only if there were chemical fertilizers and water aplenty.

The Yale historian, Sunil Amrith, recounts how there were 20,000 fair price shops in 1966-67 to distribute American grain purchased under the Public Law 480. By 1972, when the rains failed again, shops numbered 30,000 and only a small quantity of wheat was imported.

The country had crossed the hump: it did not need to rely on a superpower for basic needs. American supplied seeds had helped overcome reliance on the US. Talk of the ironies of history.

One major unintended consequence was the spread of the tractor. In 1966, over two-thirds of the ploughing was done by bulls and buffaloes. Today the tractor is key to ploughing. The coming of the tube well, powered by diesel or electrified (from coal powered plants or hydroelectric stations) had a long reaching impact on the agrarian scene. By the end of the last century, two-thirds of irrigation was not from canals but from wells.

The ecological impact of double or triple cropping was even more important. By 1993, Indian wheat output had touched 54 million tonnes. Had yields per unit land been at 1965 levels India would have had to expand cultivated acreage by another 35 million hectares. And over time, the Green Revolution spread from maize and wheat to rice and cane, to potato and onion.

All of this came at an ecological cost. The very processes of intensive input-led growth that enabled success laid the seeds, literally, of future ecological problems. High nitrogen fertilizers were the key driver of the rise in yields, but nitrogen run-off now results in algal blooms in rivers, lakes, ponds and oceans.

The overuse of groundwater was and is another serious issue. The narrowing of crop plant diversity meant the loss of local cultivars with hardiness in drought or flood. Pesticide use, in turn, posed risk to human and animal health via residues nature cannot degrade.

We need more, not less, science. With variation, it is a pan-Asian story: Vietnam and China as well as Bangladesh and Thailand. Some experts on India argue in favour of bajra, jowar and ragi in much of arid and semi-arid India to replace rice and wheat. This will reduce water stress, improve diets and enable dry land cultivators to gain better incomes.

There can, however, be no turning back the clock: there is too little land to go all organic. The Green Revolution is a reason the country can stand on its feet. It still has to reach every Indian. Careful interventions to improve soil health and conserve ground water make eminent sense.

And in a world of nation states and high vulnerability to new pandemics, agriculture is the foundation of all else. Unlike in the Spanish ’flu of 1918 or the war-time Bengal famine of 1943, India today has the means. But it was a start. That door slammed by the minister did make a difference. More than a half-century on, its impact lingers.