A fatwa on free speech 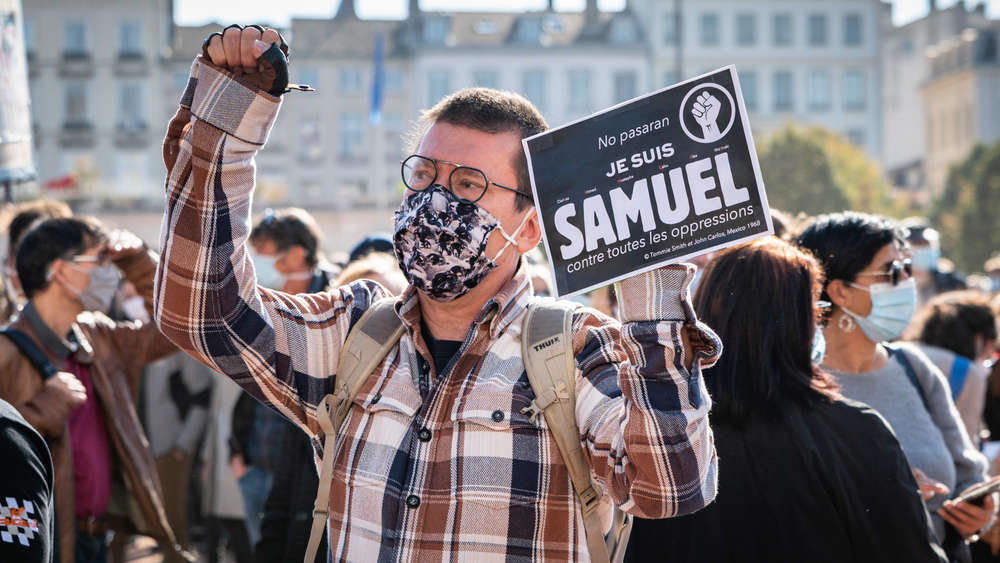 There is something frighteningly familiar in the unfortunate developments in France around free speech. The principles of the French Republic are invoked on the issue of free speech, quite often by emphasizing the cartoons of Prophet Muhammad, many of them going back to the their publication by the Danish newspaper, Jyllands-Posten. A disgruntled immigrant goes on the rampage, killing individuals as a protest against this assertion of free speech. The French establishment then rallies around the issue of free speech by saying that it is an indispensable and non-negotiable aspect of the Republic.

French debates around free speech have acquired a character of almost cyclical repetitiveness. This prevents any possibility of the advancement of free speech, as the principle itself has become caught in an entrenched battle of attrition between the French Republic and its sullen, intractable immigrants. The expectation on the part of the French Republic is that the immigrants should fit in. What this presumes is that immigrants have nothing of value to offer to the host society and that their values corrode those of the French Republic. The speech by the French president, Emmanuel Macron, on the crisis of Islam, delivered a little before the slaying of Samuel Paty, is reflective of the tendency to mechanically reiterate liberal values as simple, standalone assertions that are at risk from radical Islam. Speeches such as Macron’s hardly help; there has been speculation that the speech was aimed at consolidating right-wing opinion. The immigrants, on the other hand, believe that the principle of free speech is used in an unprincipled manner to ‘pick on’ them and that the same principle is not asserted vigorously when it comes to other issues.

The problem with many Western governments on the issue of free speech is that they do not seem to show the same level of urgency when it comes to issues aside from Islam. Take the case of the Rushdie affair which, in many ways, is the prototype of the now familiar stand-offs between Western governments and their Muslim immigrants. The Margaret Thatcher government in 1989 almost tried tutoring Muslim immigrants about how to conduct themselves in a free society like Britain. Yet the Thatcher government had gone to extraordinary lengths to prevent the publication of Peter Wright’s book, Spycatcher — the candid confessions of an intelligence officer — even in distant corners of the commonwealth such as Australia. The point is that free speech arguments made by Western governments seem to be fixated excessively on issues of Islam. The attitude of certain Muslims towards free speech and their support of Ayatollah Khomeini’s fatwa against Salman Rushdie was certainly problematic. But Western governments are equally complicit in the dominance that the media baron, Rupert Murdoch, exercises in their societies. There is as much danger to the cause of free speech there as there is in the problematic attitudes of Muslim immigrants.

Furthermore, French and Western invocations of free speech tend to rest upon stereotypes of Islam. It is believed that there is an inherent incompatibility between Islamic values and the values of Western liberal democracies. This is not to, in any way, take the blame away from the degeneration of Muslim societies that is contributing in equal, if not greater, measure to these dénouements. Muslim societies tend to be mired in a malaise of immobility with ahistorical understandings of the shariah and the role of fatwas in Islamic jurisprudence. Both sides fail to see that it is only in the last two centuries that the fatwa has become frozen into a religious diktat. There is evidence to suggest that the fatwa, far from being a diktat, was a legal opinion proffered by a jurisconsult. The fatwa was mostly proffered when solicited by an individual trying to comprehend a way out of a problematic social and religious issue. A fatwa was more in the nature of a non-binding legal opinion; individuals could choose to overlook it and approach another religious authority for another fatwa.

Western assertions of free speech are simply unable to understand this veritable free market of fatwas. Given that in the eyes of the Western establishments, the fatwa is the antithesis of free speech, what is proposed, perhaps in a truly dialectical spirit, is a fatwa for free speech. How about raising a metaphorical toast to such an idea?