Advertisement
Home / Opinion / Formula for disempowerment of persons with disabilities

Formula for disempowerment of persons with disabilities

The community is in dire need of a rights-based budget and higher allocation for health, employment, nutrition, shelter and education 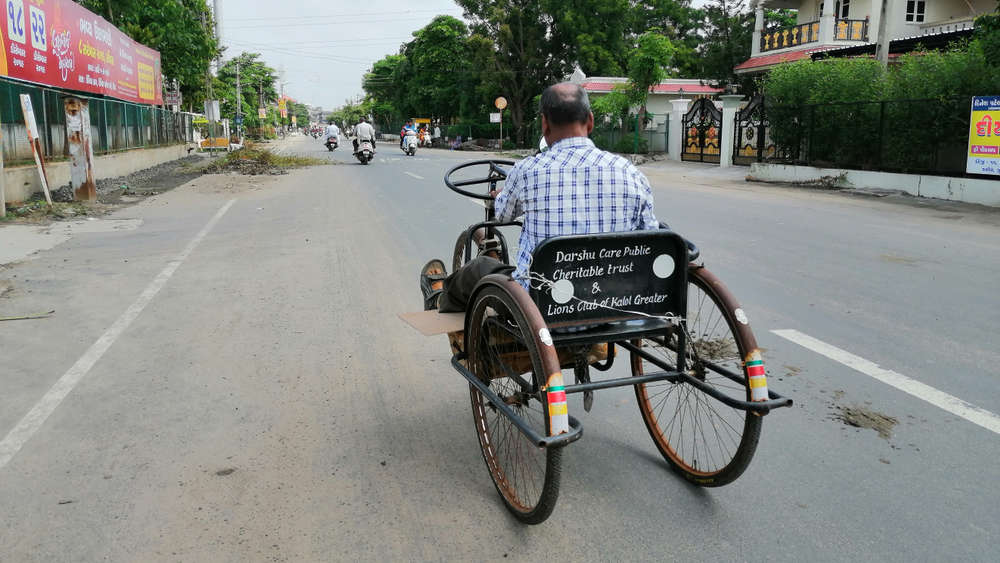 The journey of the NDA-I government started on a positive note with the launching of the Accessible India Campaign, 2015 and the enactment of the RPwD Act, 2016.
Shutterstock
Protiva Kundu, Arman Ali   |   Published 18.11.20, 02:59 AM

The department of empowerment of persons with disabilities deals with three legislations governing different aspects of disability, welfare and empowerment of the persons with disabilities. These are — The Rehabilitation Council of India Act, 1992, The National Trust for the Welfare of Persons with Autism, Cerebral Palsy, Mental Retardation and Multiple Disabilities Act, 1999, and The Rights of Persons with Disabilities (RPwD) Act, 2016. Recently, the last two legislations were in the news, inviting criticism for the government for shaving down the rights of the PwDs.

The journey of the NDA-I government started on a positive note with the launching of the Accessible India Campaign, 2015 and the enactment of the RPwD Act, 2016. The Act is considered as a ‘game changer’ as it provides a framework for defining the rights to equality and a life with dignity for the 2.68 crore PwDs in India. The focus of the disability movement has always been on shifting the welfare approach to a rights-based approach. The enactment of the RPwD Act by the Government of India was, therefore, aligned with the demands of the movement.

However, in late June 2020, the ministry of social justice and empowerment proposed to amend the grievance redressal mechanism under the RPwD Act “For Improving Business Sentiment and Unclogging Court Processes”. After widespread protests, the government withdrew the amendment to the Act and restored the status quo. Surprisingly, this pro-corporate move to promote ease of doing business was not a demand from the industrial lobby. In fact, the World Economic Forum’s annual meeting in Davos in 2019 had led to the launching of an initiative to close the disability inclusion gap in shaping the future economy.

With the introduction of the RPwD Act, the disabled people got legal rights against discrimination for the first time in India’s history. The dilution of the grievance redressal mechanism by decriminalizing minor offences could potentially weaken the effectiveness of the RPwD Act.

The Act, while being hailed as a ‘landmark’, is not a perfect piece of legislation for a number of reasons. Firstly, the minimum 40 per cent disability criteria in defining PwDs excludes persons who suffer less than 40 per cent of disabilities from receiving any of its benefits. Its anti-discrimination clause is subject to legitimate aims that have not been defined. Neither are there any penalties for the dereliction of duties by State officials responsible for implementing the Act, nor is there a time limit within which grievances are to be redressed. These are the main causes for the poor implementation of the Act. Moreover, the realization that the rights are subject to the normative gaps under the law has further compounded the lack of implementation of even the diluted form of rights assured by the Act. The department’s attempt to dilute it further through decriminalization of minor offences instead of strengthening its provisions is indicative of an ulterior motive.

The Union ministry of finance is now planning to repeal the National Trust Act, 1999 and bring all disabilities under the umbrella RPwD Act. This is being cited as an austerity measure. The NTA is another important legislation, which complements the RPwD Act. Under the Act, the National Trust, a statutory body, was formed for the welfare of people with autism, cerebral palsy, mental retardation, and multiple disabilities. The trust, even though it is part of the MSJE, has independent powers to implement schemes pertaining to healthcare, insurance and shelter homes for persons with intellectual and developmental disabilities. Therefore, the role of the NT is enormous for the parents with intellectual and developmentally disabled children. These parents now fear that in the absence of the statutory body, their children, who need special care, will not get enough attention under the RPwD Act. The RPwD Act did away with the welfare approach normatively, but the poor implementation of the legislation is deterring the realization of the rights of the disabled. Welfare schemes under the NTA are, therefore, more important in the interim till the rights under 2016 are realized.

The full utilization of the Rs 20 crore allocated to support the National Trust in the 2019-20 Union budget indicates its resource needs. The DEPwDs acknowledged that the National Trust has been receiving less grants against actual requirement. As a result, the trust not only had to reduce the funding pattern under different schemes but also had to meet much of its requirements from the interest of a one-time corpus fund available with it. Repealing the Act would certainly not help improve India’s economic situation.

The community is in dire need of a rights-based budget and higher allocation for health, employment, nutrition, shelter and education during and beyond the Covid-19 pandemic. Instead of increasing budgetary outlays crucial to fulfil the mandates of the PwDs, the government seems inclined towards the dilution of disability laws.