For Mother’s Day, save women’s lives

If Mother’s Day has meaning, so should women’s lives 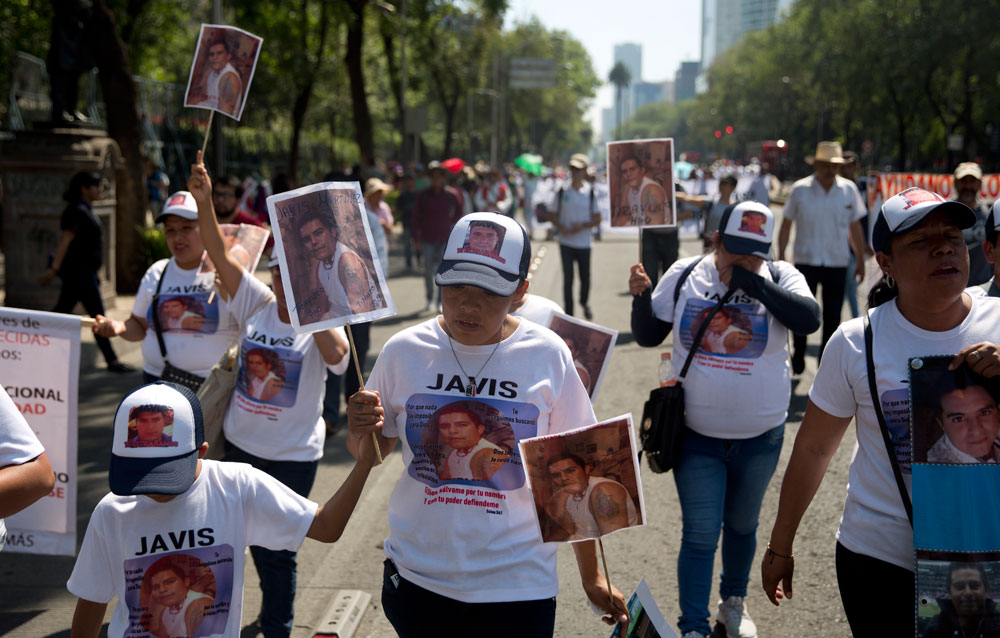 Protesters with images of people who were disappeared during a Mother's Day march in Mexico City on Friday. Mothers and other relatives of persons gone missing in the fight against drug cartels and organised crime are demanding that authorities locate their loved ones
Picture by AP
Nicholas Kristof/NYTNS   |   Published 12.05.19, 09:29 AM

Happy Mother’s Day! Your mom is the best!

Save, of course, for mine. And my wife. And, I rush to add, my mother-in-law.

I can’t think of any group of people more selfless and loving than mothers. But this celebration of motherhood is also hypocritical: For all our rhetoric, we routinely fail mothers here in the US and around the world.

On this Mother’s Day, if it’s like the average day, another 830 women will die around the globe from pregnancy or childbirth. That’s one woman dying every two minutes. Indeed, in much of the world, just about the most dangerous thing a woman can do is become pregnant.

In the US, an average of almost two women die in childbirth each day, and nearly a dozen from cervical cancer. For all our warm thoughts about moms, an American woman is twice as likely to die in pregnancy or childbirth as a woman next door in Canada. A black American woman is more likely to die from pregnancy, according to data from a new study by the Centers for Disease Control and Prevention, than a Mexican woman.

Tragically, President Donald Trump’s actions appear to be increasing the risks to moms both in the US and abroad. More on that in a moment.

In Cameroon I watched a mother of three named Prudence Lemokouno, 24, fighting for her life after suffering obstructed labour. An untrained birth attendant sat on her stomach, rupturing her uterus. Her husband took her by motorcycle to the hospital, but the staff wasn’t interested in helping.

I pleaded with a nurse and warned that Lemokouno might die. The nurse shrugged and said, “That would be God’s will.”

Sure enough, Lemokouno died. The cause of death wasn’t just obstructed labour but also an indifference to the lives of impoverished women like her, both at the local level and around the world.

Saving lives in childbirth is complicated, often requiring emergency obstetric services. But one inexpensive way to save moms’ lives is providing contraception to those who want it. More than 200 million women worldwide don’t want to get pregnant but can’t get birth control — and so sometimes they die or suffer devastating injuries like obstetric fistulas.

Cervical cancer doesn’t get as much attention as maternal mortality or abortion policy, but it’s an excruciating way to die, and it is now believed to kill more women each year (about 311,000) than pregnancy and childbirth (about 303,000). Almost all those cervical cancer deaths are avoidable with an HPV vaccination, a Pap test or even a simple “vinegar test” screening followed if necessary by immediate treatment by a nurse.

Historically, neither Democrats nor Republicans have been great on global women’s health. But Trump and his congressional allies have been particularly harsh, slashing programmes that provide family planning or cervical cancer prevention in the name of preventing abortion (even though no US money goes for abortions in these programmes anyway).

Marie Stopes International, a women’s health non-profit whose life-saving work I’ve seen in the field, says it has had to cut 20 outreach teams in Madagascar that provided contraception, plus five more in Uganda, because the US cut funding. In Zimbabwe, Marie Stopes had to reduce the number of sites it visits by half. The upshot will be more unwanted pregnancies, more abortions and more women like Lemokouno dying in childbirth.

In the US, Trump is proposing new rules for Title X, the family planning programme, that would devastate women’s health clinics around the country. Trump is also trying to weaken a teenage pregnancy prevention programme in the US and trying to chip away at insurance coverage of contraception.

“The Trump administration and its allies in Congress have sought by virtually every means possible to slash government support for contraception,” the Population Institute writes in an important new report, “Senseless: The War on Birth Control”.

Australia has been the model for tackling cervical cancer, vaccinating virtually all children for HPV, so the country is on track to eliminate this type of cancer as a public health concern. This shouldn’t be controversial, yet it rarely registers as a national priority. If US policy towards moms matched our rhetoric, we would adopt Australia’s policy and save one American woman’s life every two hours.

Americans are expected to spend $25 billion this Mother's Day on flowers, earrings and meals. Go ahead: These women are worth it and more! But let’s remember that a 10th of that sum would save large numbers of lives of moms around the world. The Mothers’ Day Movement is a worthy effort to honour mothers in part by saving mothers’ lives. So is We Care Solar and the Edna Adan Hospital in Somaliland.

So let’s celebrate the World’s Best Mom not only with pink roses and sweet Hallmark verses, but also by reducing the number of women dying painfully and unnecessarily. If Mother’s Day has meaning, so should women’s lives.