For an open, better world

The G-7, the EU, India and other nations have taken on a monumental task to embrace and propagate shared values across the globe 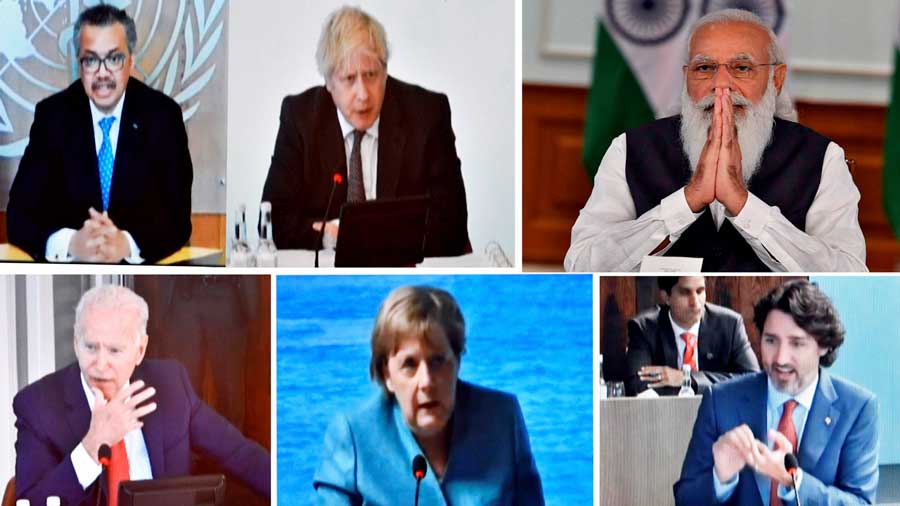 June 13, 2021, was a momentous day for the leading democracies of the world. The president of the United States of America, Joe Biden, travelled to the United Kingdom to attend the G-7 summit. On that day, the G-7, the European Union and a few guest nations signed an ‘Open Societies Statement’ of shared democratic values.

The opening lines of the document are as follows: “We, the leaders of the United Kingdom, Australia, Canada, France, Germany, Italy, India, Japan, the Republic of Korea, South Africa, the United States of America and the European Union, reaffirm our shared belief in open societies, democratic values and multilateralism as foundations for dignity, opportunity and prosperity for all and for the responsible stewardship of our planet...” There are eight founding values mentioned in the document — human rights for all; democracy; social inclusion; gender equality; freedom of expression; the rule of law and an independent and impartial judicial system; a multilateral system with free and fair trade and global collaboration; and the “importance of civic space and partnership with diverse, independent and pluralistic civil societies... in promoting human rights and fundamental freedoms.”

The emphasis on human rights and inclusiveness by the G-7, the EU and guest nations, including India, means that internal policies and actions have to be aligned with these values. Another important part of the document states “... We are at a critical juncture, facing threats to freedom and democracy from rising authoritarianism, electoral interference, corruption, economic coercion, manipulation of information, including disinformation, online harms and cyber attacks, politically motivated internet shutdowns, human rights violations and abuses, terrorism and violent extremism. We also face threats to our social fabric from persistent inequalities and discrimination, including racism and resistance to gender equality. In the midst of these threats we will work together to create an open and inclusive rules-based international order for the future that promotes universal human rights and equal opportunities for all. Our democratic systems are strong and resilient, but we cannot be complacent — we address our own vulnerabilities and tackle common threats.”

The expressed interest of powerful but liberal democratic nations in human rights makes it interesting in the Indian context. How this plays out amidst the alleged human rights abuses in parts of the country, the misuse of laws like the Unlawful Activities (Prevention) Act, the weaponization of social media against activists as also issues such as the Citizenship (Amendment) Act and the National Register of Citizens would, indeed, be interesting. Many laws in India may not find favour in the context of the Open Societies document. The wavering in the implementation of the CAA may be partially attributed to not just external pressure but also India committing itself to the Open Societies document.

Additionally, the G-7, the EU and the guest countries, including India, are committed to cooperate with one another and with partners to strengthen Open Societies globally by protecting civic space and media freedom, promoting the freedom of expression, the freedom of assembly and association, the freedom of religion or belief, and tackling all forms of discrimination, including racism.

Another important aspect of the document is that it looks forward to building on these commitments in other multilateral fora, including the G-20 (of which India is a member), the United Nations, and the US Summit for Democracy. The signatories also resolve to collaborate with partners around the world, including those in the Indo-Pacific and Africa, to actively promote these shared values for the good of all.

It is quite evident that the G-7, the EU, India and other nations have taken on a monumental task to embrace and propagate shared values across the globe. There would be pressure on the member countries to align their national politics along these lines. A large number of countries in Europe and North America are known to be liberal. In Asia, only India falls in the bracket of emerging markets. Changing geopolitical issues would also leave a mark on national politics. Transparency, inclusiveness and fair-play, both real and imagined, would be of significance in this context.

As a signatory to the Open Societies document, India has to tread carefully to balance its interests with the shared values it has committed to uphold. India’s actions would now be open to greater scrutiny and debate across multilateral fora. Therefore, it is imperative that contentious issues are amicably addressed and resolved amongst the stakeholders for the country to remain unscathed. One positive outcome is that a rule-based international order is likely to promote equal opportunities for all, universal human rights, and collaborations in sciences.

Ashim Bhuyan is a commentator on contemporary issues