For an equal India

As per the World Social Protection Report, only 24.4% of the country’s population is covered by at least one social protection benefit 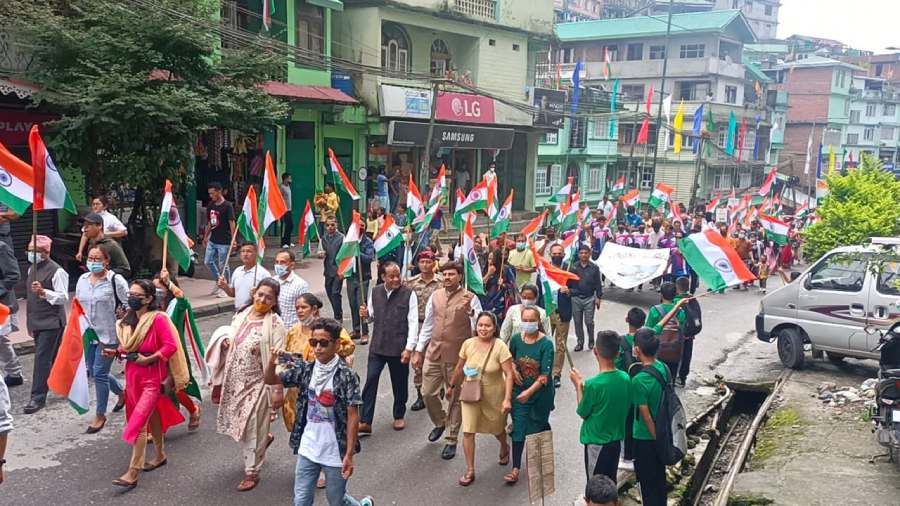 Even though social assistance programmes targeted at poor or vulnerable individuals can provide some relief in case of loss of employment, the benefit levels are usually too low to ensure minimally adequate living conditions for the beneficiaries
File Photo
Sachi Satapathy   |   Published 10.11.22, 04:22 AM

At a time when India is debating free welfare schemes, inadequate investment on a basic, universal social protection system is making millions of lives vulnerable and unequal. In its latest World Social Protection Report, 2020-2022, the International Labour Organization has listed a few areas of concern for countries lagging in investments in social protection to its needy population.

As per this ILO report, only 24.4% of India’s population is covered by at least one social protection benefit as against more than 70% coverage in neighbouring East Asian countries. In India, the low social protection coverage for children (24.1%), mothers with newborns (41.5%), person with severe disabilities (5.6%), older people (42.5%) and labour force benefiting pension scheme (15.5%) are a few areas that stand against the building of an inclusive, equal society. Unfortunately, there is no social protection scheme for unemployed young people either. The Centre for Monitoring Indian Economy data suggest that 53 million people are unemployed in India. This is largely due to the decline of 8 million jobs in rural India on the back of a sluggish monsoon followed by a loss of 2.5 million salaried jobs. Failing to generate jobs for its young people and not implementing any social protection scheme for this vast population would have a devastating impact on India’s progress. The National Crime Records Bureau says that 1,64,033 people claimed their lives in 2021;  most of these deaths were related to employment.

The ILO report further says that public employment programmes, such as the Mahatma Gandhi National Rural Employment Guarantee schemes, can offer a degree of protection for informal sector workers, but coverage is usually limited and workers can only rely on benefits for up to 100 days. The need for expanding the safety net programme to increase rural demand notwithstanding, the Centre’s budgetary allocation for this flagship rural jobs scheme in 2022-23 was cut by 25% compared to last year’s expenditure. During the first Covid-19 lockdown, the scheme provided a critical lifeline for a record 110 million workers in rural areas. The government should have increased its allocation to enhance the social safety net of people desperately looking for such temporary jobs scheme for sustenance.

Next is the issue of injuries reported among workers. Only 3.7% of workers a recovered in case of an injury (Employees’ State Insurance Corporation reported injuries among 24.1 million workers in 2016-17 while 32 million were injured in 2017-18). In countries where a large proportion of health services are provided by the private sector, considerable effort should be deployed to ensure that the population is adequately protected financially. The ILO report says that evidence from Bangladesh, India and Nigeria indicates that dominant private-sector provisions without appropriate social health protection mechanisms contribute to high out-of-pocket expenditure on health.

Owing to the relatively low investment in social protection, the amounts transferred under non-contributory benefits are usually too low to provide adequate protection. For instance, India’s and Bangladesh’s disability benefits are equivalent to only about 5% of GDP per capita and non-contributory old-age pensions in India, Thailand and Sri Lanka are even lower. Even though social assistance programmes targeted at poor or vulnerable individuals can provide some relief in case of loss of employment, the benefit levels are usually too low to ensure minimally adequate living conditions for  the beneficiaries. Moreover, registration and qualification for these programmes can be slow or only available at specific times, leaving many workers unprotected. These gaps in the existing programmes must be examined to strengthen India’s social protection system.

Until the country includes every single citizen in its social protection system (from the current 24%), ending free welfare schemes will be counter-productive and stand as a big hindrance to building an equal India.