The economy, another view 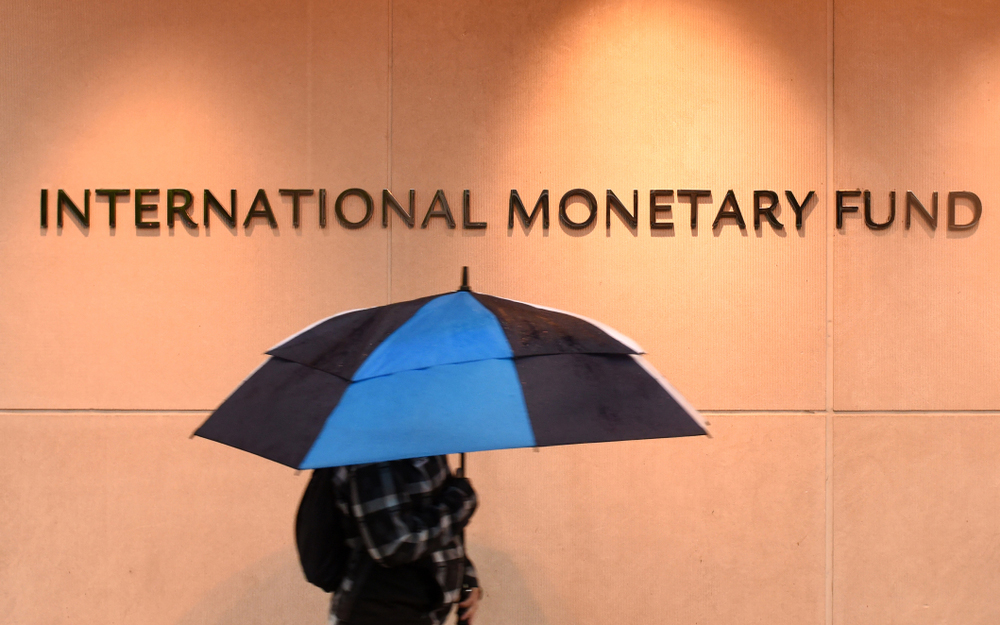 The IMF mildly approved the government’s efforts to help banks recover their non-performing loans, and cryptically noted that 12 major banks continued to be in government ownership — and hence did not have the incentive to make profits. It called for improvement in banks’ risk management.
(Shutterstock)
Ashok V. Desai   |     |   Published 04.02.20, 02:00 AM

We have received the government’s view of the economy in the past week, which is understandably rosy. It did not mention another view, which was made public just before Washington closed down for Christmas: the letter of the International Monetary Fund’s executive board to our government, enclosing what its staff saw when it came to Delhi for its annual consultation.

Unlike in industrial countries, unemployment is estimated only once in four or five years in India. The last estimate is for 2017-18; it is the highest in 45 years. Rural unemployment is normally 3-4 per cent; in 2017-18 it shot up to 8 per cent. Amongst urban women, it is usually 8-10 per cent; it rose to 13 per cent. People can be unemployed only if they have had a job or are seeking one; between 2004-05 and 2017-18, the male participation rate fell from about 85 to 75 per cent, whilst the female participation rate fell from 40 per cent to almost 20 per cent. Participation rate can change with age structure; children and old people do not usually work, and are not regarded by the government as being in the workforce. But that cannot account for the halving of female participation.

The gross domestic product growth in the second quarter of 2019 was 5 per cent — the lowest since 2008. The slowdown is demand-led; headline inflation in 2018-19 was 3.4 per cent, the lowest in eight years. This is new; India has generally maintained an indecent inflation rate of 8 per cent or more.

The government put some fresh capital into its banks, and transferred their bad debts and started suing some bad debtors under its insolvency and bankruptcy code. As a result, banks are a bit better off; the share of bad debts in their loans fell from 11.5 to 9.3 per cent in the year till March 2019. As a result, bank credit growth rose for a while. But non-bank financial institutions were not helped; so their credit shrank. The corporate sector’s profitability and capacity to service debt continued to be below normal.

IMF observers were of the view that the government should concentrate on three policy reforms. First, the governance of government banks should be strengthened, and so should the regulation and oversight of non-bank financial companies. Second, the government must follow the recommendation of the Fiscal Responsibility and Budget Management Review Committee and reduce debt-GDP ratio from the current 70-odd per cent to 60 per cent. Fiscal deficit should be brought down by bringing individuals and households into the income tax net and reducing subsidies. More measures would be needed; the IMF suggested extension of property taxation, higher coal cess, and applying normal income taxation to agricultural income. Finally, land, labour and product markets should be reformed; the distinction between formal and informal sectors should be removed, and the labour market should be made more flexible (that is, the restrictions on dismissal of workers in the formal sector should be removed).

The IMF noted the cyclical downturn, but opposed fiscal stimulus to counter it; it was more important to bring down the ratio of public debt to GDP from its current level of 69 per cent to 60 per cent. From this viewpoint, what matters is not the Centre’s fiscal deficit, but public sector borrowing requirement, which covered fiscal deficits of the Centre and the states plus borrowings of public enterprises. The PSBR-GDP ratio is unlikely to come down in the current financial year; on the contrary, the weak state of the economy may cause tax revenues to decline and PSBR to rise further. The IMF showed that, year after year, the actual fiscal deficit exceeded what the budget forecast: the finance ministry is systematically over-optimistic. The Indian government pays about 5 per cent of GDP in interest; BRICS pays about 3 per cent, and the Asean 2 per cent. Hence fiscal stimulus would be wrong; the IMF favoured fiscal consolidation — a reduction of the PSBR-GDP ratio. It suggested cutting subsidies on food, fuel and fertilizers. The goods and services tax should be streamlined and extended to electricity and petroleum products. Income tax should be levied at a lower income, and its peak rate should be raised. And the government’s habit of not showing all its expenditure in the budget should be given up.

Since there is no room to use fiscal stimulus against the current slowdown, the IMF supported the government’s use of monetary policy — the Reserve Bank of India’s reduction of policy rates by 135 basis points from 6.5 to 5.15 per cent this year, and projected reduction in statutory liquidity ratio to 18 per cent by April this year.

The IMF mildly approved the government’s efforts to help banks recover their non-performing loans, and cryptically noted that 12 major banks continued to be in government ownership — and hence did not have the incentive to make profits. It called for improvement in banks’ risk management. The government should privatize its banks; meanwhile, it should appoint independent boards, and remove RBI people from them. It should set up a specialized institution for liquidating bankrupt banks and introduce deposit insurance and emergency liquidity assistance. The government did not like these suggestions; it is still very happy to own banks and keep them under its thumb.

The National Housing Bank was supposed to regulate housing finance companies; but it slept while they gave unwise loans and went bankrupt. Their supervision has been transferred to the RBI. The IMF approved, but told the RBI to keep their supervision separate from bank supervision. It is important to prevent stress spreading from them to banks; for this, the RBI should start collecting more up-to-date and detailed data.

The IMF noted improvement in India’s corruption perceptions index: it was lower than in emerging markets and developing countries in 2012, and exceeds theirs now; but it is much lower (worse) than in industrial countries. The ease of doing business has also improved; but contract enforcement, land acquisition and insolvency resolution remain problem areas. Faster regulatory approvals, more single-window clearance and greater judicial efficiency would help.

India has reduced import duties, but they are still high and are changed too often. Trade costs and processing times continue to be high. Trade in services continues to be subject to entry restrictions on foreign people and firms, barriers to competition and non-transparent regulation.

The IMF pointed out for the umpteenth time the terrible effects of India’s labour laws which make it impossible to dismiss workers whether they work or not. They have made India’s industry lag in efficiency and lose out in international competitiveness; India has virtually lost out on industrialization. The GST created a chance to make India a single market; but it cannot be because states have different labour laws. The IMF may continue to preach on this for years, but nothing is likely to change.

The IMF staff report also gives the responses of the Indian government, which are mostly defensive and uncooperative. For the Indian government, its laws and practices are holy; it is least likely to reform them on the suggestion of the Fund or the World Bank. But their critique is worthy of attention at a time when domestic dissent is being discouraged.