The world economy in the doldrums 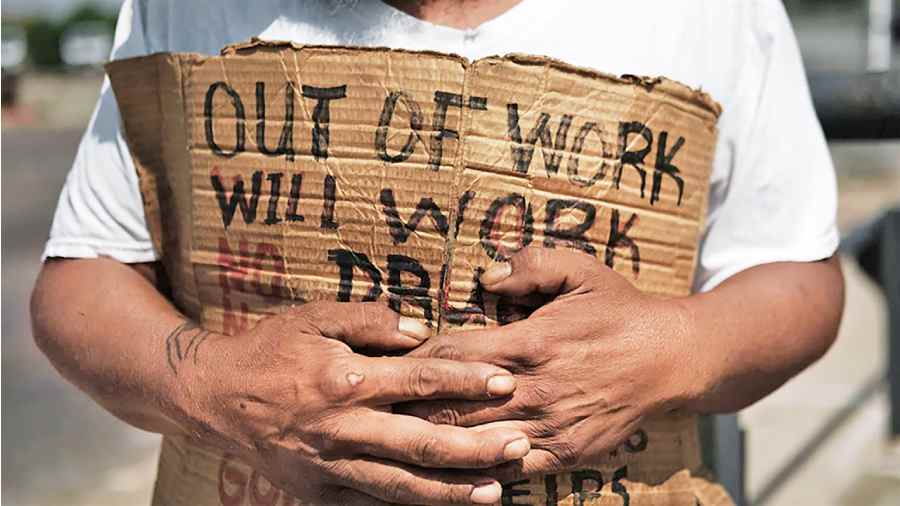 Over a century ago, the Marxist revolutionary, Rosa Luxemburg,  had argued that the capitalist economy needed  “outside” markets to keep its growth going; and she had seen pre-capitalist (colonial) markets as providing that stimulus. Some of the conclusions she had drawn were later criticised, but her overall insight was perfectly valid, as Michal Kalecki, the well-known economist, was to show later. The argument went as follows: imagine an economy with zero growth, where net investment too must be zero; since there is zero growth, the market is not growing and hence there is no incentive to add to capital stock; this continues to keep net investment at zero and perpetuates the economy’s stagnation. A stagnant capitalist economy, unless there is some stimulus for investment from “outside” and not just from its internal market, will, therefore, continue to remain stagnant.

The history of metropolitan capitalism can be analysed with this insight into “outside” market. The period before the First World War which had witnessed a prolonged boom had relied on colonial markets. The exhaustion of colonial markets and the encroachment by a newly-industrialising Japan into Britain’s Asian markets had caused the prolonged Great Depression of the inter-War period. The post-Second World War years, however, saw a new market being opened up “outside” of the capitalist sector proper, namely State expenditure; and this underlay the long boom, sometimes called “the Golden Age of Capitalism”, that lasted till the mid-Seventies.

This boom, however, was accompanied by large accumulations of finance in metropolitan banks and other financial institutions, which went global in their quest for investment opportunities. And since finance is always opposed to any State intervention for boosting aggregate demand (for it undermines the social legitimacy of capital, especially of finance capital), this newly-globalised finance put pressure on countries to pursue neoliberal policies and eschew fiscal activism. The neoliberal period, therefore, left world capitalism without any genuine “outside” stimulus, because of which the growth rate of the world economy slowed down compared to that of the “Golden Age”.

There was nonetheless a sort of pseudo-stimulus even under neoliberalism. This was the formation of asset-price bubbles, which operated in this manner: speculation in some asset markets pushed up their prices far above their true value; everybody knew that these prices would collapse, but people still bought these assets at such highly inflated prices in the belief that they would be able to sell them at even higher prices before the inevitable crash came, that is, before the bubble burst. This increased the apparent wealth of those who held these assets, and the euphoria of being rich caused them to spend more than they would otherwise have done, thereby raising activity and employment.

Two such bubbles in the United States of America boosted the world economy during the neoliberal era: the ‘dot-com’ bubble, which saw sky-rocketing share prices of dot-com companies, and the housing bubble. But with the collapse of the US housing bubble in 2008, even this pseudo-stimulus has come to an end. The growth rate of the world economy during the decade before the pandemic was lower than for any other decade since the Second World War.

The pandemic, which entailed serious economic disruptions, was superimposed upon this underlying structural crisis, of a growth slowdown caused by the drying up of “outside” stimuli for the system. Colonial markets can scarcely play this role now; State expenditure is not allowed to play this role under neoliberalism because of the hegemony of globalised finance; and even the pseudo-stimulus provided by asset price bubbles has become elusive as the dangers of asset-price speculation loom particularly large at present. And now, the Russo-Ukraine war, which has pushed up food and fuel prices, above all through commodity price speculation, has added to the woes of the world economy, where even the International Monetary Fund is talking of the prospect of the worst recession of the last fifty years.

Even after the war in Ukraine gets over, even after the pandemic recedes, there will still be this underlying structural crisis of neoliberal capitalism, about which, predictably, ‘establishment’ economists are silent. The point is: how can the system overcome this structural crisis? It turns out that it cannot, without transcending the neoliberal regime.

If any individual country wants to reduce unemployment through fiscal stimulation (since monetary stimulation via low interest rates, as experience shows, is too feeble), then the opposition of finance will take the form of flight of capital; the country will, therefore, have to impose capital controls. But then financing current account deficits on the balance of payments will become difficult, necessitating trade controls as well. In short, that country will have to roll back the neo-liberal regime.

A group of advanced economies could undertake a coordinated fiscal stimulus, that is, they could synchronously raise State expenditure by increasing the fiscal deficit. Then the incentive for finance to flow out of any one of them will be less. But this would be politically opposed by finance; and what is more, it would revive the sort of inflation in the world economy that had characterised the early Seventies (of which the current inflation provides a foretaste). The way to combat such inflation without squeezing third world absorption of primary commodities is through enhancing the supply of such commodities. For this, however, third world states will have to play an active role, which again will entail a roll-back of neoliberalism. Thus, neoliberalism has brought the world to a crisis from which there is no escape without transcending it.