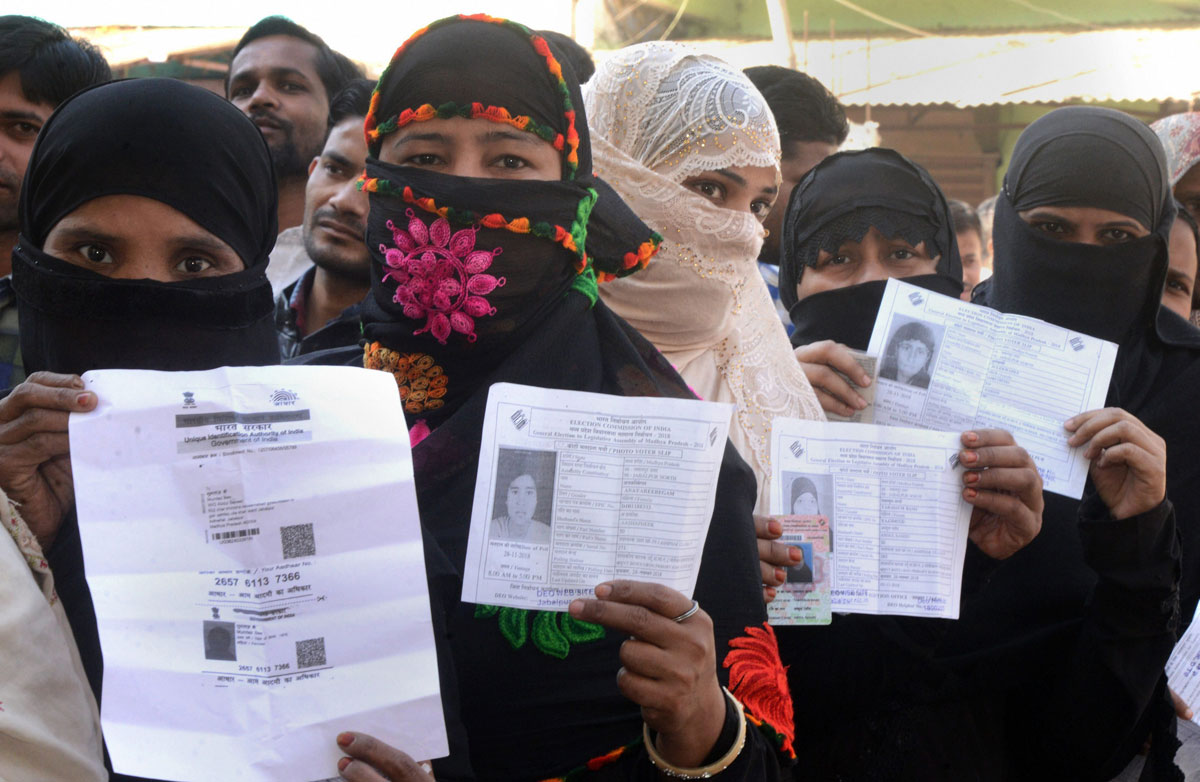 For the past fortnight and extending to the final round of voting on December 7, the media have inundated their consumers with exhaustive reports of the assembly elections in Chhattisgarh, Telangana, Mizoram, Madhya Pradesh and Rajasthan. That these five sets of elections are important in varying degrees is undeniable. Apart from determining which party will govern in the states — and state governments affect the lives of citizens the most — the assembly elections, held barely four months before the general election of 2019 kicks off, are often a loose pointer to how the national vote will shape up. To that extent, there is exceptional interest in these five assembly elections. The stakes are particularly high for the Bharatiya Janata Party which runs the state governments in Chhattisgarh, Madhya Pradesh and Rajasthan. However, they are equally high for a Congress that is hopeful of setting the terms of a proposed grand alliance to take on the prime minister, Narendra Modi, in 2019.

For the past three decades, it has become hazardous to predict the outcome of assembly (and, indeed, national) elections. Apart from the quirks of the first-past-the-post system that exaggerates majorities for the largest party or grouping, there is a growing record of voter volatility that goes beyond the 10 per cent or so ‘swing’ voters. The outcome in the Tripura assembly election, where the Communist Party of India (Marxist)-led Left Front was ousted after decades, clearly demonstrated that spectacular surprises are often to be expected. This makes the prediction game a bit too hazardous. The utility of past election results becomes suspect if a party entering the arena with less than two per cent share of the popular vote suddenly coasts to a spectacular majority. Indeed, this is what happened to the BJP in a state that is often seen as an extension of West Bengal.

Over the years, the quality of polling in India has improved significantly but the variations in the outcome of the exit polls — usually believed to be the most accurate indicator of the final outcome — are too enormous for the exercise to be taken all that seriously. On top of that, there is the phenomenon of editors of television channels fine-tuning the forecasts to suit either anecdotal evidence or personal preferences. In the emotionally surcharged Gujarat assembly elections of 2002 — the first occasion when the popularity of Modi was put to the test — a leading pollster admitted to me that the performance of the BJP had been downgraded in response to what may best be described as secular groupthink. This is not exclusively an Indian phenomenon. The pollsters in the United States of America underestimated the quantum of support for Donald Trump in 2016, and polls in the United Kingdom failed to gauge the extent of support for Brexit during the referendum the same year. Both misreadings could have been honest mistakes caused by sampling errors and the social composition of the turnout. At the same time, they could have been the result of inherent bias.

Political parties are increasingly dependent on private polls. They take these far more seriously than the so-called Intelligence Bureau estimates that mysteriously make their appearance each election. However, I have also observed the phenomenon of pollsters —who are paid fat fees — telling party strategists good news rather than accurate news, a form of needless flattery that defeats the very purpose of the exercise. After all, victory in opinion polls tends to be rather short-lived and illusory unless accompanied by a real victory on counting day.

The issue of journalistic surveys based on anecdotal evidence belongs to a different league altogether. A few years ago, I spent some time going through old newspaper files of the 1984 election campaign. In hindsight, this was an election that should have been the easiest to report. The Congress, riding on the crest of the national outrage over the assassination of Indira Gandhi won the most resounding majority ever, and Opposition stalwarts such as Atal Bihari Vajpayee, H.N. Bahuguna and Somnath Chatterjee lost their seats. Yet, the assessments by journalists suggested that the Congress, at best, enjoyed a nominal advantage. Constituency reports spoke of division along caste lines and the predominance of local issues. None of these was much in evidence when the votes were counted.

The inability of journalists to detect a wave is by now a known phenomenon. Even the Modi wave that is now held to be responsible for the BJP securing a majority on its own in the Lok Sabha eluded the media’s vision and has only come to be recognized in hindsight. Likewise, the scale of the BJP’s post-demonetization victory in the Uttar Pradesh assembly election of 2017 took everyone by surprise. The reports from the ground had spoken of mass grumbling, profound hardships and loss of jobs as a consequence of demonetization. There were reports that the trading community — hitherto the BJP’s most steadfast supporters — was preparing to embrace the Akhilesh Yadav-Rahul Gandhi alliance. None of these assessments turned out to be self-fulfilling prophecies.

Were the journalists guilty of peddling fake news and being wilfully selective in their reporting? Some, particularly those attached to publications with a definite political slant, undeniably were. But many were genuinely wrong.

There is a tendency, among rural folk at least, to never be absolutely forthright with strangers, especially urban folk who tend to bluntly ask: who are you voting for? The answers are often cloaked in ambiguity or even duplicity. There is a tendency to often give the questioner the answer they want to hear.

On a more serious note, an election is the occasion when the contradictions in society come to the surface. The campaign is an occasion for ordinary people to spew out their grievances, their frustrations and their expectations. There is a legitimate belief that an election provides people with an opportunity to speak out and be heard. It is also an occasion for otherwise faceless people to leverage a most cherished democratic possession —their vote. Under the circumstances, there is a marked tendency among people to use the election campaign to articulate their grievances, whether it is about the lack of facilities or the unresponsiveness of the local legislator or something even more profound. The expression of dissatisfaction cuts across political lines and becomes universal.

However, it is important to distinguish between the baggage of grievances and voting intentions. Lalu Yadav’s appeal in Bihar, for example, had zero relationship with the performance of his administration. It had almost everything to do with social identities and community solidarity. In 1987, I travelled to a remote tribal part of Midnapore district, along the West Bengal-Jharkhand border. There I found profound local dissatisfaction with the state government, then run by the Left Front. I concluded in my report that the CPI(M) was likely to get a pasting. The results revealed a thumping majority for the Reds.

One of the most difficult exercises in India is to fathom the meaning of the vote. It becomes even more difficult for political tourists —which is essentially what journalists covering elections are. Elections are occasions when people want to be heard, and they want their grievances to be noted and registered. When it comes to voting, they, however, are inclined to choose the symbol they can identify with the most. However, when dissatisfaction turns to either hate or a belief that something more appetizing is on offer, there is an inclination to try something new. The tendency to experiment is particularly marked among younger voters, those who have witnessed more change in 20 years than what earlier generations experienced in two lifetimes.