If you are BJP, you better run away from here, says a guava seller when asked whether BJP will win again in MP 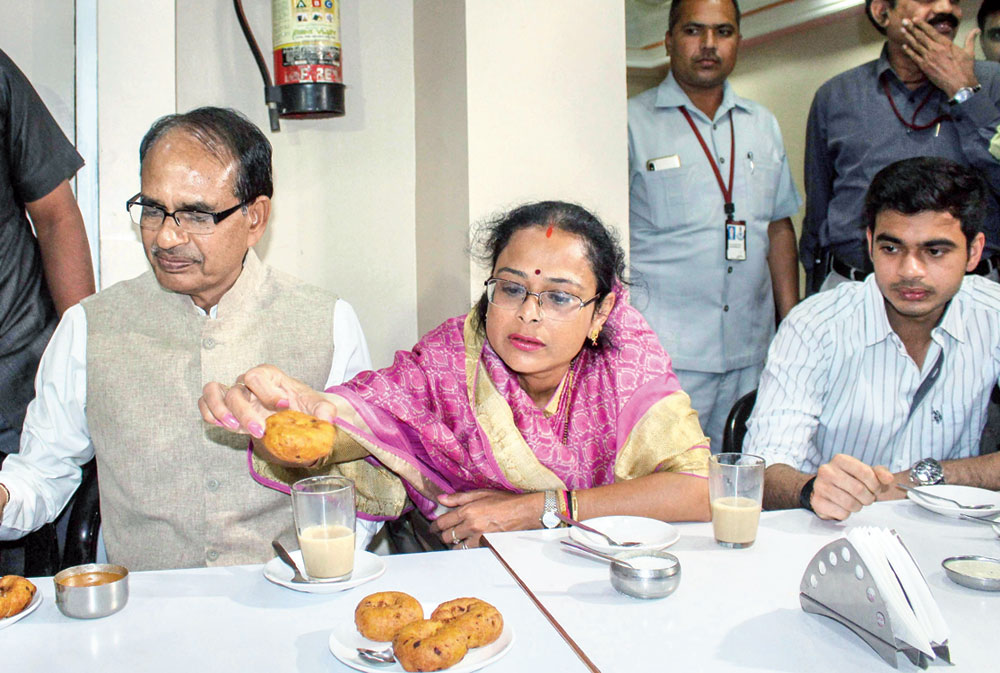 Politics over caste, the economic distress caused by demonetisation and the high prices of essential commodities are weighing heavy on the BJP in this part of election-bound Madhya Pradesh.

“Hamare liye note-bandi, Bhajapa ke liye note-baazi. Yehi khel chalega? (Note ban for us, a surfeit of money for the BJP. Will this game continue)?” an angry Dalit youth in Virpur village of the Gwalior Rural Assembly constituency said.

The acerbic comment wasn’t merely an expression of anguish caused by the economic crisis.

Dalits and tribals, who constitute more than 20 per cent of the population of the Gwalior-Chambal division, are enraged with the BJP because of the politics over the Supreme Court order diluting the Scheduled Caste and Scheduled Tribe (Prevention of Atrocities) Act earlier this year.

This is the region where six Dalits died in violence during the April 2 Bharat bandh and caste tension has been simmering since because of alleged bias in police action. While false cases were allegedly slapped on Dalits, those who fired the bullets are said to be roaming free.

The upper castes, too, are annoyed with the BJP because of the Centre’s move to restore the provisions of the Act struck down by the Supreme Court.

In August, Parliament passed a bill to overturn the March 20 Supreme Court order concerning certain safeguards against arrest under the SC/ST law.

Although local Congress leaders avoided taking an unambiguous pro-Dalit stance despite the central leadership mounting sustained pressure on the Narendra Modi government and opposing any ploy to dilute the Act, the community’s anger is directed primarily at the BJP.

The Bahujan Samaj Party (BSP), which has significant clout in this part of Madhya Pradesh, is trying to exploit the situation, with the Congress emerging as the obvious gainer.

The region — comprising Gwalior, Datia, Guna, Shivpuri, Ashok Nagar, Morena, Bhind and Sheohar — has 34 Assembly seats, of which the BJP won 20 in the 2014 Lok Sabha elections. The Congress bagged 12 and two went to the BSP.

Congress leaders, who are hoping to win at least 25 seats this time, admit a fierce churning in the caste cauldron. One leader said: “While the Rajputs are still divided between the BJP and the Congress, the majority of Brahmins, Dalits and Koli-Kushwahas have shifted to the Congress.”

BJP leaders dismiss the Congress’s optimism and claim that the ruling party will retain its tally of 20, sarcastically arguing that the rivals have nothing except a “maharaja” to offer to the people.

The reference is to Jyotiraditya Scindia whose family continues to hold sway over the region. Scindia’s popularity has soared in the past few months because of his ceaseless mass contact programme and it is difficult to find any ordinary citizen talking ill of the royal family.

The buzz this time, that Scindia will be chief minister, has bolstered the Congress’s prospects. The party’s candidates have already started to offer to vacate their seat for “maharaj”, who will have to enter the Assembly eventually as he is not contesting now.

The mood on the street defies the BJP’s assertions and the anti-incumbency is doubtless sharper and more intense than in areas such as Malwa and Maha Kaushal.

Mahendra Kushwaha, a resident, mocks BJP chief Amit Shah’s boast of winning 200 of the 230 seats in Madhya Pradesh. Shah has coined the slogan “abki baar/do sau paar (this time over 200).

“People will drum some sense into him on November 28 (when the state votes). He is happy with workers — hired at Rs 300 to Rs 500 each — showering flower petals on him during road shows. He doesn’t know the depth of the people’s anger. Khatam hai Bhajapa is baar (The BJP is finished this time),” Kushwaha says.

An old man in Tighra Talpura village laughs when asked about the BJP’s famed election management turning the tide on the last day. “We will take the money, liquor, whatever they offer, and vote against them. The Congress is also offering liquor this time.”

A Congress leader expresses desperation at the selective curbs allegedly put in place by the administration that have hurt their liquor-distribution plan.

“The BJP’s money and liquor is transported in ambulances and police jeeps. Our vehicles are caught,” he says. The leader complains that Rs 2,000-denomination notes are unavailable and only the BJP has them.

Management has lesser effects if the public mood is unusually hostile.

A guava seller says when asked if the BJP will win a fourth straight term: “If you are BJP, you better run away from here.”

Gajendra, a taxi driver, echoes the sentiment. “Only committed RSS-BJP people are with them, the general public is very angry, more so in rural areas.”

A tea seller who says he is a BJP supporter weighs in: “I am a free citizen, not a slave. This time I will vote to defeat the BJP. They sell gas cylinder for Rs 1,000 and give us sermons.”

Anil Chand Dubey, an autorickshaw driver, says: “We only had small expectations from Modi but he betrayed us. Petrol price at this rate when global rates are much cheaper is maddening. And less said the better about (the price of) gas cylinders.”

Asked why this anger over the price of cooking gas because the subsidy is returned to their bank accounts, Dubey says: “We don’t have Rs 1,000 at home to buy the cylinder. Every month, the shame of borrowing for a gas cylinder hurts. The subsidy comes later and we have to waste two hours to withdraw it from the bank.”

Local reasons seem to have compounded the resentment. Raghunath Rathore, a businessman says: “They promised to make four over-bridges to ease traffic congestion but couldn’t complete them in 15 years. They are good enough only for taking credit for projects launched by others or heaping miseries on people by silly decisions like demonetisation.”

The anger at demonetisation is the same in the old market at Lashkar and at Indore’s Sarafa Bazar. And that is affecting the BJP’s traditional support base. Traders declare that will manifest itself on the day of counting — December 11.