The Covid-19 pandemic has kept lexicographers on their toes with the invention of new words; it has also pushed language to a tipping point 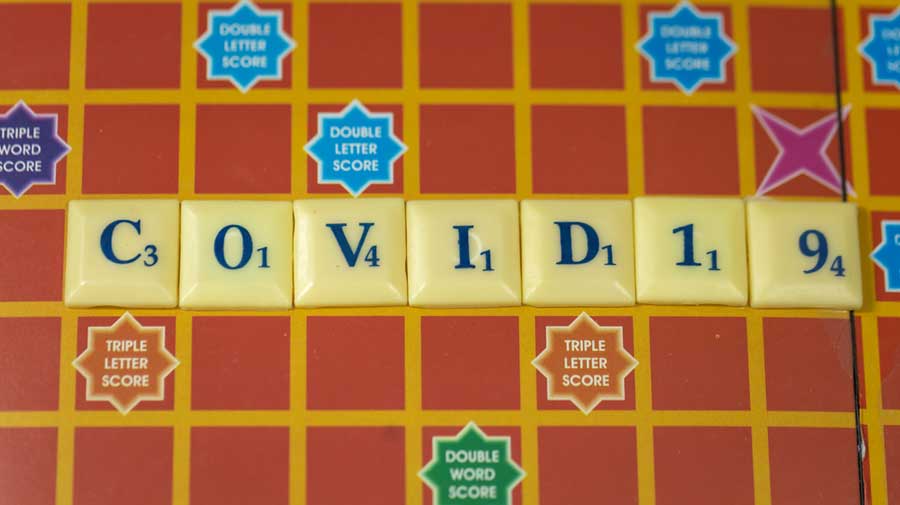 ‘A’ for asymptomatic; ‘B’ for bath; ‘C’ for coronavirus — this may well be the way the generation learning to speak amidst the pandemic now reads alphabets. Since children’s brains are able to store fewer words than adults, they learn words that are spoken or repeated a lot around them. It is thus not surprising that reports from primary schools around the world show that words like ‘blackboard’, ‘school bus’ and ‘classroom’ have been replaced by ‘headphones’, ‘login’ and ‘mute’. Similarly, ‘apple’, ‘ball’ and ‘cat’ — the familiar A,B,C of English language — are giving way to such words as ‘mask’, ‘sanitizer’ and ‘quarantine’. It isn’t just vocabulary that is changing; pedagogical challenges are mutating as well. A recent survey of schools and parents, conducted by the Education Endowment Foundation, London, found that children who started school in 2020 needed more support learning than in previous years, with the greatest area of concern being communication and language development, in which 96 per cent of schools said they were either “very concerned” or “quite concerned”. An additional worry is the mask — not being able to see lips move during speech, combined with the warping effect that wearing a mask has on the sound produced, has made it difficult for children, nay, everyone, to understand what other people are saying.

Historically, major events like natural disasters and war have influenced vocabulary in significant ways. Numerous studies from the 20th century show that World War II was a major inflection point for language change because, in contrast to the Covid-19 pandemic, it brought together people who would ordinarily not have had contact with one another — soldiers, women telephone operators and nurses from across continents. But what about a world — today’s world — where people are further apart from each other than ever before? The pandemic has helped besieged peoples navigate life and reality by giving a fresh lease of life to words like ‘pestilence’ as well as coining new words: ‘covidiots’ — their numbers are not insignificant in India — is one example. But it has also introduced barriers in the path of vocabulary and verbal interactions: the face mask and social distancing are impediments to fluent communication, thereby increasing human reliance on bodily gestures. Could visual — non-verbal — communication deepen the hold of image over text and, in turn, text over speech in society? Interestingly, one study has shown that online communication is making individuals miss prosodic cues integral to voice patterns that give meaning to sentences.

While all languages are at risk, some are more at risk than others. The predominance of English — be it in pandemic-related medical information, official communication or the ubiquitous ‘qwerty’ keyboard — means that indigenous, localized dialects may soon find themselves on the edge of collective memory. Visual signs — be they physical or digital — are emerging as substitutes to make sense of words lost in translation. Lives and language seem to be in equal peril in this time of the pandemic.