For the RSS, a ‘particular community’ alone is not the enemy, but numerous others who criticize 'Hindutva' 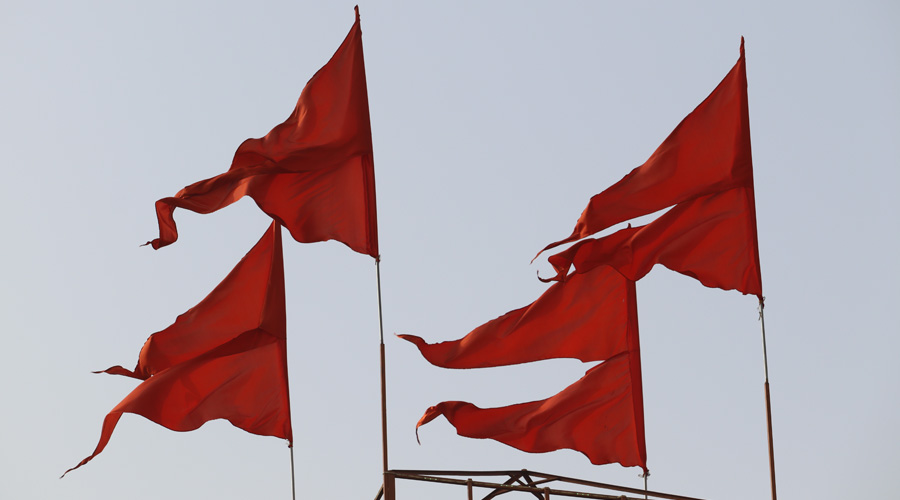 It is a time-honoured trick. When suspected of something unpleasant, just shift the blame on to the enemy. Not that there is a named ‘enemy’ in the Rashtriya Swayamsevak Sangh’s 2022 annual report. Instead, there are alarmed references to the growing religious fanaticism in the country under the guise of the Constitution and religious freedom. There is little room for doubt as to the religion being referred to. The report talks also of a conspiracy with a long-term goal to get certain demands accepted, on the strength of numbers, in the context of ‘elaborate’ plans by a ‘particular community’ to ‘enter’ the government machinery. The phrases are so arranged in order to kill many birds with one stone. The first is the focus on a ‘particular community’, against which a carefully calibrated ‘communal hysteria’ — of which the report accuses nameless others — is constructed. Having created a fear of that group taking over, violence is presented as the only option for those standing for social order, custom and convention, which are being disrupted. The decision that ‘organized strength’ must ‘defeat this menace’ implies confidence in government support, a smart hint underlying the circular logic. The report as a whole is founded on the premise of the RSS’s belief that India can only be a Hindu rashtra.

The most recent upheaval that touched on community identity took place in Karnataka around girls wearing the hijab to class. The Right quickly discerned prompting from Islamic groups, such as the Popular Front of India, behind the girls’ protests, and boys faithful to the Bharatiya Janata Party and its siblings countered the girls by wearing saffron scarves in what can only be called false analogy, so that the communal colouring would be unmistakable. It is the RSS that perceives everything through a religious lens. The hijab issue drew in champions of rights, of secularism and equality, hence the report’s jibe about the ‘guise’ of the Constitution and religious freedom. It also mentions ‘divisive’ elements in Hindu society with ‘malicious intent’ behind an ‘intellectual garb’. So a ‘particular community’ alone is not the enemy, but numerous others, especially those who criticize Hindutva or have a different philosophy. The RSS’s dream rashtra will presumably keep all of these in place. What is ‘organized strength’ for otherwise?