Easter in White House: the traditional egg roll and questions for Trump 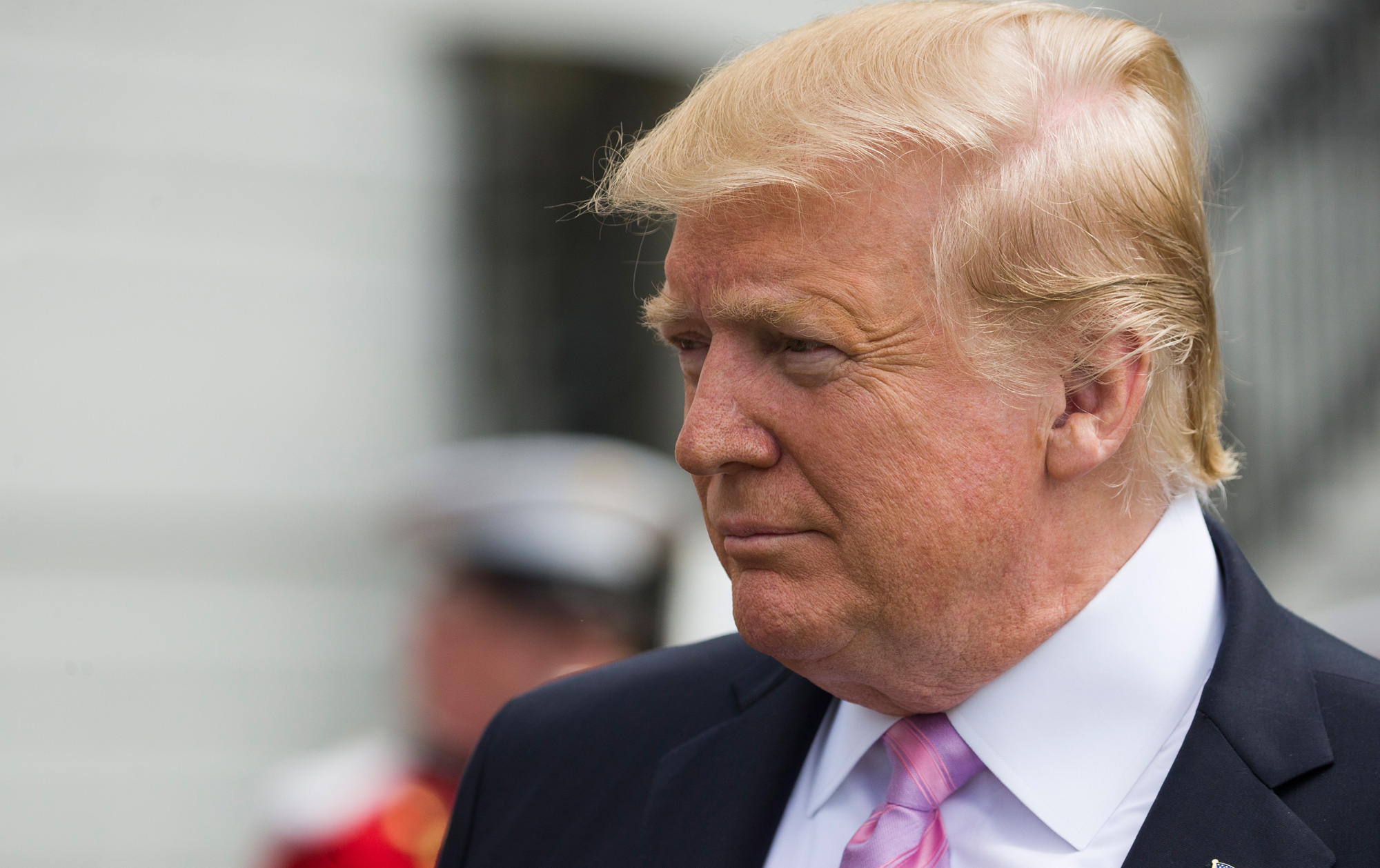 Last Sunday, Americans gathered to celebrate Easter. In Washington, the White House celebrated its 141st Easter event, hosted by President Donald Trump and First Lady Melania. Thousands of families gathered in the South Lawn, listening to a military band, mingling with senior government officials and participating in ‘Be Best’-themed games.

Right before the event, Trump stopped and addressed reporters, remarking that he has spoken to the president of Sri Lanka after the series of devastating church bombings on Easter Sunday that wounded and killed many. He also fielded inevitable questions about impeachment and the Mueller report. The First Lady’s signature campaign to combat online bullying was more prominently featured at this year’s event than it was last year.

Around 30,000 guests, most of them children, began to arrive early in the morning. The Easter Egg Roll, a game where kids use a wooden spoon to see who can roll eggs across the lawn the fastest, is one of the biggest annual events held at the White House. The eggs are painted in colours derived from the White House: the Green Room, the Blue Room, the Red Room, the Vermeil Room and the Rose Garden. All of the eggs feature the signatures of the president and the First Lady. The vermeil, or gold egg, also has the presidential seal.

The White House Easter Egg Roll is one of the oldest traditions in the executive mansion’s history, dating back to 1878 during the time of the then-president, Rutherford B. Hayes.

The Coachella music festival for 2019 just wrapped up last week. In the spirit of Easter, Kanye West hosted a much talked about “Sunday Service” at the Mountain. The service consisted mostly of gospel-themed musical performances by West — whose hair was dyed purple and whose attire was entirely purple jersey ensembles — as well as Chance the Rapper and Teyana Taylor. West also sold sweatshirts priced between $165 to $225, with slogans like “Holy Spirit” and “Trust God” on the front and “Sunday Service at the Mountain” on the back. Socks were $50, and read “Jesus Walks” or “Church Socks.” Sweatpants with “Sunday” down one leg and “Service” down the other were also available.

This year, Ariana Grande becomes the solo female performer to headline Coachella when she took the stage on Sunday night. She was reportedly paid $8 million for it. Festival goers were also treated to sets by Billie Eilish, the K-Pop star band Blackpink, Grammy winners such as H.E.R. and Janelle Monáe, Kacey Musgraves and many more.

For the first time, YouTube streamed from the second weekend as well as the first. Many people threw Coachella parties instead of trekking out to the desert. Many artists streamed their sets (or at least parts of them) over three channels.

The Coachella Valley Music and Arts Festival started in 1999 as a small indie event. Prince headlined the festival in 2008, and turned the event toward more mainstream acts and away from mostly experimental electronic and rock acts.

April 22 marked the annual celebration of Earth Day. Several events and activities to celebrate the planet and make it a greener place occurred across the country. In New York, for the fourth year running, the Department of Transportation will close a stretch of Broadway to vehicular traffic the weekend after Earth Day, in an effort to raise awareness about the importance of a car-free city. Cars will be banned for a two-mile stretch, from Union Square to Times Square. The bike-sharing service, Citi Bike, is offering free rides that day as well.

Apple had turned the leaves of the Apple logo green in honour of Earth Day. Select locations had also provided workers with green T-shirts. In Ann Arbor, Michigan, the Earth Day event’s goal was to make it a ‘zero waste’ event, with waste diverted from landfills. Attendees were encouraged to bring a reusable water bottle and try to get to the event by carpooling, walking, cycling or taking a bus.

Many cities also hosted river clean-up activities. The Annual Earth Day Charles River Cleanup in Boston brings together over 3,000 volunteers each year to pick up litter, remove invasive species and assist with park maintenance. In Washington DC, volunteers meet up to clean up the Potomac River Watershed in Virginia.

Wellness used to mean losing weight and squeezing in the latest fad workout. Now it relates not only to physical well-being but also general lifestyle. A hot topic at last October’s Global Wellness Summit, held in Cesena, Italy, “well fashion” is booming all around the world with new concepts that are healthier for the planet and its people. The future strives for natural fibres that are sustainably sourced, as well as semi-synthetic and cellulosic fibres that break down more easily.

Another trending concept is ‘forest bathing’. The idea is to spend time in a forested area and soak up the atmosphere — a ‘bathing’ of your senses in the forest. Forest bathing programmes will be held at the Los Angeles County Arboretum and Botanic Garden in Arcadia on April 20, May 4 and 18 and June 1 and 15. The guided walks end with a ceremony in which participants sip tea made from plants foraged on site. The concept is a translation of the Japanese phrase “shinrin-yoku,” and is a way to open up our personal worlds to something larger.

A 2004 drawing by Donald Trump of the Manhattan skyline is up for auction. It has an opening offer of $9,000. According to Heritage Auctions in Dallas, the sketch is “one of the more attractive, well-executed versions we have seen, and the only one we can recall which is dated.” Like another sketch, auctioned in 2017, Trump used a Sharpie in his signature colour: gold.