Drones are a nightmare for wildlife, especially avian fauna

Their propellers not only injure birds, but they also scare some species away from their nesting sites 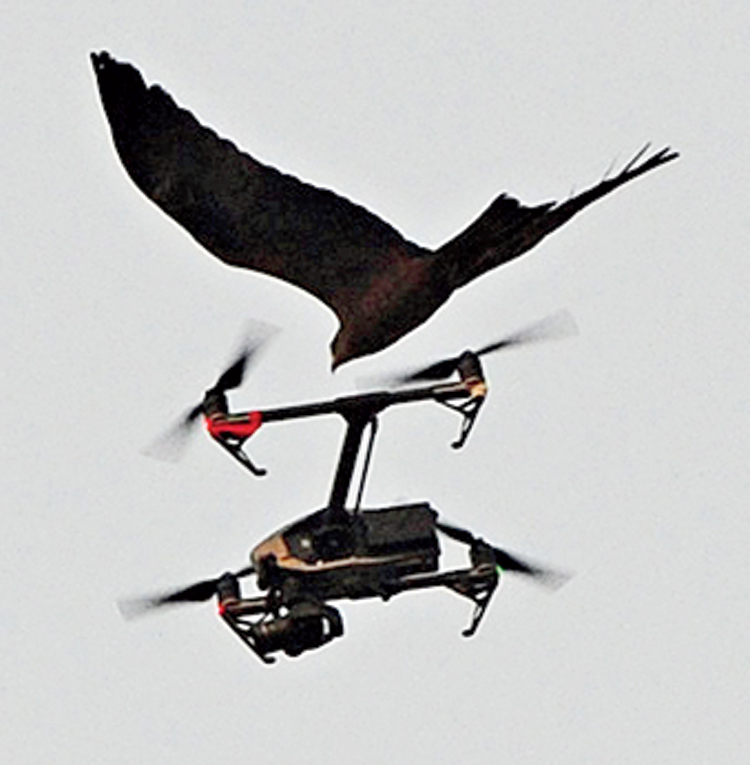 Sir — The easy availability of technology has turned anyone with a digital camera a wildlife photographer. The internet is inundated with close-up, high-definition shots of fauna. Images shot using drones that provide a bird’s-eye view of exotic wildlife are crowd-pleasers. But drones are a nightmare for wildlife, especially avian fauna. Birds are not just injured by the propellers of drones, but some species are even scared away from their nesting sites by these machines. Man’s incursions into nature are little different from military attacks on foreign lands using drones.

Sir — The Supreme Court of India has, with its verdict in the Maharashtra issue, made it clear that meddling with the tenets of the Constitution will not be tolerated by the apex body. The entire nation was shocked by the manner in which the Bharatiya Janata Party managed to grab power for a short time in the western state. Its actions showed an obvious disregard for constitutional principles. The apex court bench observed that it is the duty of the court to protect democracy at any cost. This can be seen as an indictment of the governor’s openly partisan behaviour; he should resign without delay. Now that a bunch of disparate parties have come together to form the government, one hopes that they will set their differences aside and keep the welfare of the people foremost.

Sir — The denouement of the political drama in Maharashtra gave those of us who are opposed to the BJP for what it represents and what it does in the guise of nationalism a reason to smile on Constitution Day. While the Shiv Sena, too, essentially supports Hindutva, it is a relatively small fry nationally and is willing to tone down its stringency so far as to promise secularism in the common minimum programme. Further, any internal rift within the right-wing makes it that much easier for the Left liberal forces to fight it. The differences between BJP and Shiv Sena are thus a blessing in disguise.

The BJP’s failure to ‘manufacture’ a majority is a tribute to the moral strength shown by the members of the Shiv Sena, the Nationalist Congress Party and Congress. It also shows that the Narendra Modi-Amit Shah duo cannot always have its way. It should make them realize that the Indian democracy is too big for them to bend according to their will.

Sir — The BJP leadership seems to have been left licking their wounds after their failure to grab power in Maharashtra. The Supreme Court must be lauded for its deft handling of the crisis. Similarly, the political acumen and astuteness of the Maratha strongman and the NCP chief, Sharad Pawar, must be applauded. It is this that prevented the BJP from having its way. Now that the Shiv Sena-NCP-Congress combine has come to power, one hopes it would provide a stable government that addresses important issues. Balancing conflicting ideologies of the three coalition partners would indeed be extremely challenging.

Sir — The sequence of political developments in Maharashtra is shocking. The governor should not have allowed Devendra Fadnavis to form the government without ascertaining the real strength of the BJP-NCP combine. The lust for power of politicians seems to be limitless. Similar events had taken place in Karnataka as well. One hopes that the coalition in Maharashtra does not fall prey to the BJP.

Sir — The political drama in Maharashtra has the ingredients of a pot boiler. Could it, then, be possible that this was a Machiavellian plot hatched between the uncle and nephew duo of Sharad and Ajit Pawar to show the BJP in poor light? If the BJP had let the coalition form the government in the first place, it could have taken the high moral ground about Shiv Sena defying the people’s mandate and forming an alliance with opponents.