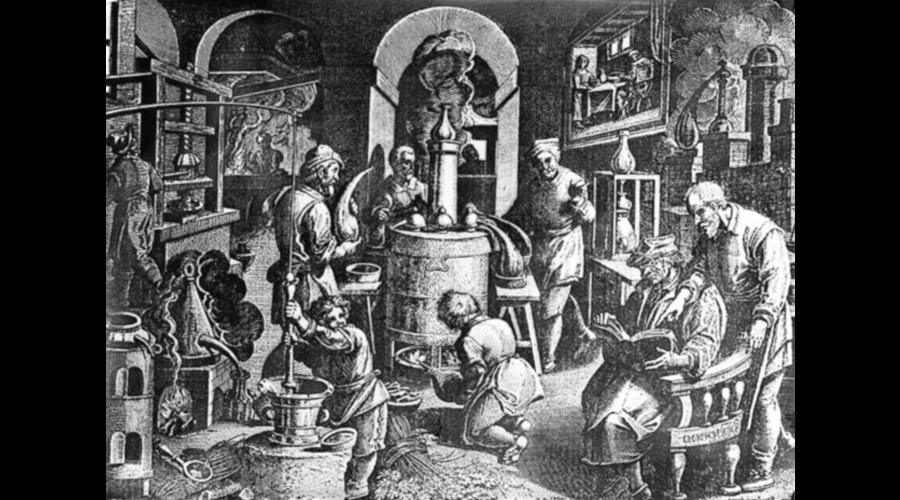 Alchemists believed that lead could be perfected into gold, that diseases could be cured, and that life could be prolonged through transmutation. The politician is also a kind of alchemist.

Even though it is debatable whether he/she wants to transform things for the better. What the politician wants is for people to see things in a different/better light. How else can someone whose detractors allege that he does not have a sound university degree tell students — authoritatively — how to face examinations? Stranger still is that his predecessor, a learned man, is seen to be a ‘mauni baba’.

The convergence between experiment and medical science on the one hand and with politics on the other has had several ‘Eureka’ moments.

The Shiv Sena leading a coalition in Maharashtra with disparate allies was virtually an alchemist’s experiment; no one ever dreamt that the Congress and the Nationalist Congress Party would share power with Uddhav Thackeray’s party. The Aam Aadmi Party’s victory in Punjab means that the people in that key border state found Arvind Kejriwal to be a better doctor to address their ills. Again, the hijab row, just like a low dose of homoeopathy or homoeopathy in its crude form, was created — delivered — in the South with the intention of helping the saffron cause in the North.

Allopathy has developed medicines that target particular organs of the body to treat various types of cancer and other serious ailments. These are called targeted medicines. Politics, since time immemorial, has also been a way of reaching the target audience. Then, there is the parallel of the ‘strong pill’.

Prime Minister Narendra Modi had declared a virtual war against black money and corruption. Demonetisation was administered as a strong pill against these conditions. The Bharatiya Janata Party’s spectacular victory in the Uttar Pradesh assembly polls in 2017 saw loyalists declare that the strong pill — demonetisation — was a masterstroke.

The rhetoric has returned. The BJP’s triumph in UP this year is being touted as an endorsement of the ‘strong pill treatment’ meted out by the ‘bulldozer baba’.

Three decades ago, politics had taken a medical turn, once again. V.P. Singh used the Mandal Commission report on the backward classes to emerge as the messiah of the downtrodden. The report was equivalent to shock therapy in  allopathy that is used to bring patients back to consciousness.

Mandal therapy along with the injection of anti-corruption — the Bofors probe — had left the Congress almost in coma. The moral of the story? There are near-lethal injections in politics too.

Later, L.K. Advani’s Kamandal turned out to be a Hindutva ‘detox’ that not only match the potential of Mandal therapy but also, in the years to come, changed national politics by heralding the arrival of a ‘Doctor’ who has since gone on to change the grammar of Indian politics, so much so that his bhakts believe that India won Independence in May 2014.

Indira Gandhi’s ‘garibi hatao’ plank had resuscitated the Congress; forty years later, the Doctor’s promise of Rs 15 lakh in every bank account did a similar trick.

As is always the case, the aam aadmi remains the guinea pig of the pathology called politics.