The Sanjay Gandhi of this age 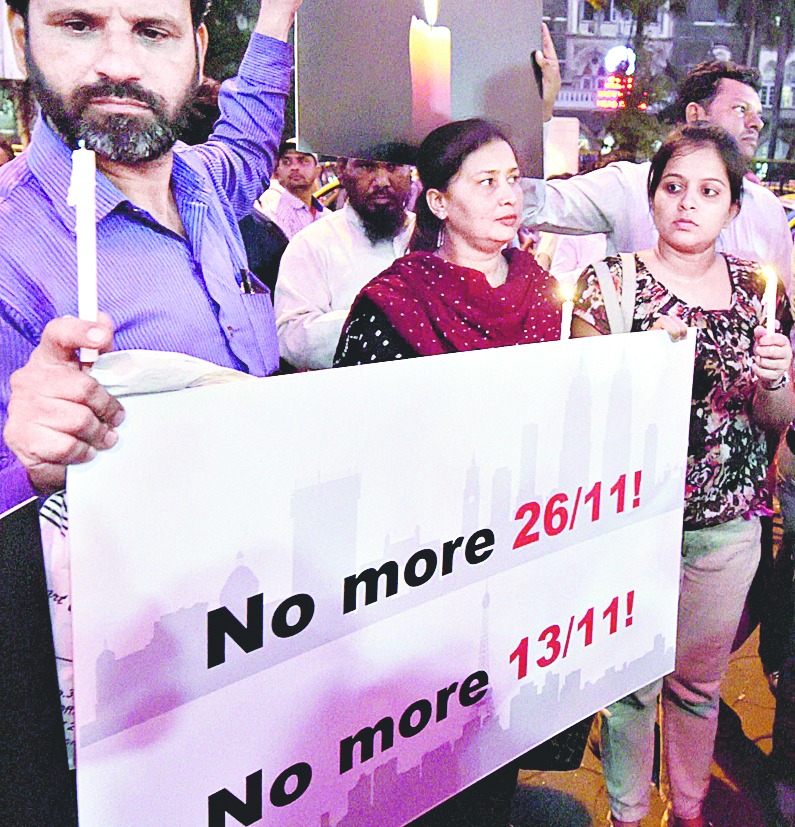 Several commentators, myself included, have compared Narendra Modi to Indira Gandhi. Modi is certainly the most authoritative prime minister since Indira Gandhi, much more so than those other two full-term prime ministers, Atal Bihari Vajpayee and P.V. Narasimha Rao. This force and authority is projected internally, on to party and government, and externally, to the country and the world at large.

Like Indira Gandhi, Narendra Modi is a loner. Like her, he keeps his own counsel. Perhaps his one confidant, the one individual he treats (sort of) as an equal, is Amit Shah. When Modi was chief minister of Gujarat, Shah was given as many as 12 portfolios to handle. When Modi was chosen as the Bharatiya Janata Party's prime ministerial candidate for the 2014 elections, he demanded that Shah be given a key role in the campaign. Thus Shah oversaw candidate selection and canvassing in the crucial state of Uttar Pradesh. In July, 2014 he was, at Modi's urging, or Modi's command, appointed president of the BJP.

The one person whom Narendra Modi thoroughly trusts in a political sense is Amit Shah. The one person whom - at least in those crucial years 1975 to 1980 - Indira Gandhi really trusted was Sanjay Gandhi. Can we see in their choice of principal counsellor/adviser/henchman a further parallel between Indira Gandhi and Narendra Modi? I think so. To be sure, there is no biological relationship between Modi and Shah, as there was between Indira and Sanjay. But there are some striking similarities, enough to intrigue the historian, and disturb the citizen.

Most politicians have multiple ambitions, which sometimes conflict with one another. Indira Gandhi wanted to stay in power for as long as possible, but she also wanted to change India for the better (by her lights), and leave an imprint on history. I think that Narendra Modi also wants to do more than acquire power and fame. His idea of a prosperous or powerful India may be different from that of Indira or Nehru, but it would be churlish to deny that he does have a vision for the country that goes beyond his personal ambitions for himself.

On the other hand, Amit Shah, like Sanjay Gandhi before him, appears to be driven by power and power alone. One word that comes to mind in describing the political activities of Indira Gandhi's second son is single-minded. A second, in effect a less euphemistic synonym for the first, is ruthless. These traits were on display during the Emergency, but also afterwards, when Sanjay Gandhi scripted the Congress's political comeback, by infusing courage into his defeated mother, working to split the Janata Party, and bringing influential defectors into his party.

Some (themselves educated and civilized) commentators tended to see Sanjay Gandhi as a spoilt young man who ran amok. In fact, he was an extremely successful political operator. Had Indira Gandhi not had a twinge of conscience and called off the Emergency (notably, without consulting her son), the period of dictatorship would have continued, perhaps for a long time, since both the Opposition and the press had been silenced. And the only election campaign Sanjay personally oversaw, the general election of 1980, resulted in a comprehensive victory for his party.

Single-minded and ruthless are words that apply to Amit Shah as well. Let us bracket his still controversial role in undermining justice and the rule of law in Gujarat (interested readers may wish to get hold of a copy of Rana Ayyub's brave book, Gujarat Files). Let us only consider what he has done after he moved from state to national politics. During the campaign for the 2014 elections, he consciously polarized the electorate in western UP, urging Hindus to take 'revenge' through the ballot box. The members of parliament from UP elected under Shah's watch, such as Yogi Adityanath, Sakshi Maharaj and Sanjeev Balyan, have since made the most hateful and bigoted statements, without being checked by the party president (or indeed by the prime minister).

And now Amit Shah is set to polarize UP, and India, further. Based on an accusation by one BJP MP, Shah alleged in a public meeting that there had been a mass exodus of Hindus from a town called Kairana. When a report in the Indian Express showed the claims to be greatly exaggerated, the MP backtracked, but Shah would not. The MP was made to retract his retraction, while the venomous local politician, Sangeet Som, was sent on a mission to fuel the flames further in and around Kairana.

As many studies by historians and anthropologists have shown, communal riots are often set off by rumour and innuendo. A responsible leader would seek to publicly call out falsehoods. A caring leader would work to resettle the tens of thousands of people still homeless after the Muzaffarnagar riots of 2013. But Amit Shah is not responsible or caring, but single-minded and ruthless. He has decided that promoting fear and panic among the Hindus of UP might consolidate their votes in favour of the BJP during the assembly elections next year.

In his desire to intensify sectarian hatred, Amit Shah has two sets of allies. One, of course, are his own members of the legislative assembly and MPs, whose conception of politics coincides with his. They wish to win, at any cost, even if their methods shall damage the social fabric further. Shah's second set of allies are the politicians of the Samajwadi Party, who wish to make Muslims even more insecure than they already are, lest they migrate to other parties come election time.

Like Sanjay Gandhi, among his partymen Amit Shah inspires both respect and fear - or perhaps, respect through fear. And this fear of the BJP president extends well beyond his party too. Sanjay Gandhi needed his mother to impose an Emergency before he could suppress and tame the press. Amit Shah can make influential sections of the media bend to his will even in our professedly democratic, post-Emergency times. One Mumbai newspaper sacked a widely-read columnist for daring to criticize Shah (the paper's proprietor has since become a Rajya Sabha MP, supported by the BJP). This has made other journalists prudent - consider thus the interview conducted by Arnab Goswami with Amit Shah before the Bihar elections, when an anchor who savages ordinary party spokesmen was tame, even obsequious, when confronted with the BJP president.

Indira Gandhi was blind to Sanjay's faults, in part because he was her son. Modi may not be bound to Shah in the same way, but he likewise trusts him enough to not question his political methods. Does he see them as necessary to augment his party's standing in the Rajya Sabha? If so, does he reckon with the wounds and scars they will leave on the ground in our largest state, which is in any case desperately poor, socially backward, and prone to religious violence? Can one really take UP, or even India, forward by means such as this?

I was not an admirer of Indira Gandhi, and I am not an admirer of Narendra Modi either. I lived through the Emergency, and I know, from many visits to Gujarat before and after 2002, how much damage the horrific events of that year did to that state. But a politician's career must be viewed in the round. Set against the Emergency is Indira Gandhi's record in winning the Bangladesh war and her role in initiating the space programme, in promoting self-sufficiency in food, and in starting a ministry of environment and forests. Set against the Gujarat riots, which happened early in his tenure as chief minister, is Narendra Modi's later focus on increasing agricultural productivity and attracting industrial investment into his state. More recently, after he moved to New Delhi, Modi has restored respect to the office of prime minister, an office that had been so badly degraded during the 10 years of United Progressive Alliance rule.

Indeed, because Manmohan Singh was so weak, many Indians are willing to overlook Narendra Modi's brash, bullying, style. As a student of history, I sometimes worry about whether we have now gone over to the other extreme: whether a pathologically diffident leader has been replaced by someone who is too sure of, as well as too full of, himself. And it concerns me even more that the one person our prime minister trusts is someone so willing to stoke fear, suspicion, division and hatred to win a state election.

Mahatma Gandhi often said that the end cannot justify the means. Other politicians have taken a more pragmatic, less idealistic, approach. They think that unprincipled means may be justified if the ultimate goal is the welfare of the people. Both Indira Gandhi and Narendra Modi have used methods that Gandhi's closest political disciples, Jawaharlal Nehru and Vallabhbhai Patel, would not have countenanced: such as savage personal attacks on leaders of other parties, to win power; and the undermining of their own cabinet colleagues, to retain their pre-eminence while in power. They have perhaps justified these methods on the grounds that accruing greater power to themselves is necessary for the national interest.

However, there is a third category of politicians; those whose means are amoral, and whose ends are malign too. State-level politics in India is replete with crooks, gangsters and murderers who become MLAs, MPs, and ministers to protect and further their own personal interests. Corrupt businessmen buy Rajya Sabha seats for the same reason. However, there have been only two leaders with nation-wide influence willing to use any means to acquire power and to retain power: Sanjay Gandhi, and now Amit Shah. That is why it is so chilling to hear the BJP president being celebrated by some people as a contemporary Chanakya, when in fact not since the death of Indira Gandhi's second son has India seen a major leader of a major national party operate with such a complete disregard for the ethical side of political practice.