An Ashoka for our times 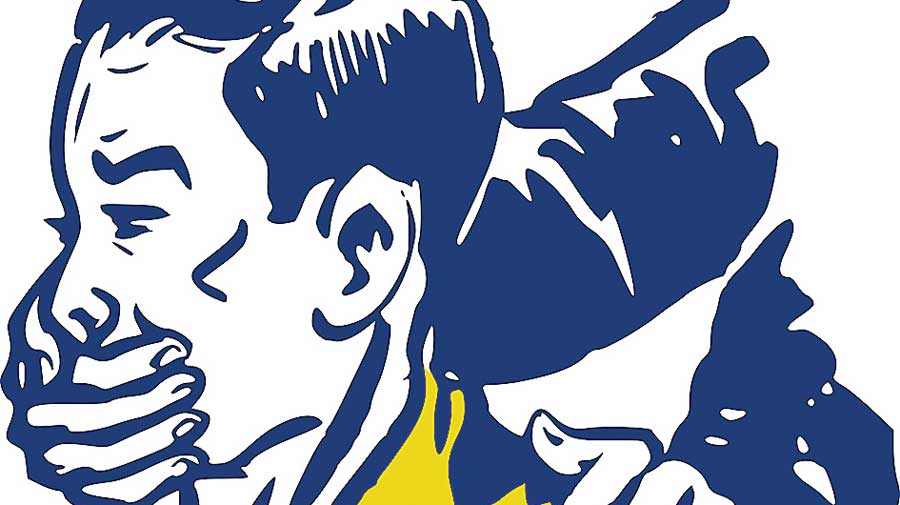 Pratap Bhanu Mehta’s departure from Ashoka University was followed by a flurry of letters and statements by the concerned parties which had the effect of obscuring rather than clarifying the issues it raised.

In his own letter of resignation, Mehta stated his reason for leaving plainly: “After a meeting with Founders it has become abundantly clear to me that my association with the University may be considered a political liability. My public writing in support of a politics that tries to honour constitutional values of freedom and equal respect for all citizens, is perceived to carry risks for the university. In the interests of the University I resign.”

That last sentence is curious because Ashoka’s reason for being is that it’s modelled on the best liberal arts colleges and universities elsewhere. It cannot be in the interest of such a university to have one of its most distinguished professors resign because his public writings vigorously defend constitutional values and freedoms. If a professor of evolutionary biology were made to resign from a university because her robust critique of Creationism had annoyed powerful people (or annoyed wealthy donors acting as proxies for powerful people), would she declare that she was resigning in the best interest of the university? I don’t think so.

Mehta might have meant that his resignation was in the material interest of the university administration. Not having him on Ashoka’s payroll might facilitate fund-raising, make it easier to acquire the necessary government permissions to expand, make sure that the university wasn’t suddenly found to have violated FCRA regulations, something that happens regularly to Indian institutions that inconvenience the State. These are important considerations if a university is to grow and flourish and as a former vice-chancellor, Mehta must have been familiar with the pragmatism needed to nurture a young university.

Still, when Arvind Subramanian, the former chief economic advisor to the Government of India, resigned his professorship at the university in protest against Ashoka’s unwillingness to make room “… for academic expression and freedom…”, it seemed as if Mehta’s resignation was on its way to becoming a cause célèbre, the cause in question being the matter of institutional support for intellectual freedom.

Mehta had already stepped down from Ashoka’s vice-chancellorship because his indictments of the government made the university’s founders and trustees anxious. He was, at the time of his resignation, a faculty member and the fact that an academic as famous and admired as him had been nudged into leaving was, as Subramanian put it, “ominously disturbing”.

Raghuram Rajan, the former governor of the Reserve Bank of India, who is himself associated with Krea, an embryonic private university not unlike Ashoka, posted a withering indictment of Ashoka’s founders on a social media site. In a passage reminiscent of Mehta’s impassioned prose, he wrote: “Free speech is the soul of a great university. By compromising on it, the founders have bartered away its soul.” The role of a university was to “provide a protected space for its academicians and students to engage freely in open public debate…”

Ashoka’s faculty and students rose to the occasion. The student newspaper, The Edict, linked the founders’ docility with the university’s need for real estate. It led with this sharp headline: “Pratap Bhanu Mehta Resigns, Paving The Way For A New Plot”. Ashoka’s faculty members wrote to the vice-chancellor raising, as good academics should, the general problem that Mehta’s specific case illustrated. They asked that the university “clarify its internal protocols of faculty appointment and dismissal, and reinforce its institutional commitment to the principles of academic freedom”.

Then, in the middle of this, appeared a joint statement signed by the Chancellor, the Vice-Chancellor, the Chairman of the board of trustees, Mehta and Subramanian. In it, the first three expressed “deep regret” at unspecified “recent events surrounding the resignations” of the last two. There was boilerplate about acknowledging unspecified “lapses in institutional processes which we will work to rectify in consultation with all stakeholders”. For their part, Subramanian and Mehta affirmed their faith in Ashoka University’s significance as an educational experiment and promised the institution lifelong friendship and goodwill.

It isn’t difficult to see why Ashoka’s leaders wanted this joint statement; in the aftermath of the terrible press they had received in the wake of the resignations, this was damage control. To get Mehta and Subramanian to offer them a form of absolution in exchange for a faux apology and a bland reference to faulty processes was a coup.

It’s harder to understand why Subramanian and Mehta signed it. One possible answer is the temptation of magnanimity. Mehta and Subramanian were genuinely committed to making a success of a private liberal arts university, funded by Indian philanthropists, free of the strings that come with State funding. Having made their free speech point, they wanted to tell the world that there were no hard feelings, that they wished their erstwhile university well. This is still puzzling because it doesn’t fit Subramanian’s initial reaction. How “ominously disturbing” could Ashoka’s free speech failure have been if a few days later it had shrunk to “lapses in institutional processes”?

Universities like Ashoka are best understood as liberal arts universities with Indian characteristics. The philanthropists who fund and found these universities loom over them like colossi. The virtue of giving generously seems to purge them of self-awareness. In every official communication I’ve read, Ashoka’s founders capitalize their consequence: they are Founders. Ashoka’s board of trustees sent a statement to the faculty declaring that they had never interfered with the academic functioning of the university nor the freedom of faculty members to write about anything they wanted, in any forum that they wanted. That they could write this soon after seeing Mehta off the premises gives chutzpah a new meaning. They signalled their commitment to the autonomy of the university by endorsing the appointment of an Ombudsperson. A Lokpal. Fancy that.

In a recent article, Gurcharan Das comes to the conclusion that both Mehta and Ashish Dhawan, Founder and Chairman of the board of trustees, are modern Indian heroes: Mehta for speaking his mind and Dhawan for trying to build a world-class university in India. According to Das, the contretemps was nobody’s fault. There was no political pressure to force Mehta to resign. Wealthy donors, understandably conservative, were alienated by Mehta’s relentless criticisms of the government. Mehta understood that this was the case and understandably resigned. This made the Chairman sad but committed as he was to Ashoka’s welfare he was understandably relieved to see Mehta go.

Das’s exculpatory genius lies in transmuting deference to the prejudices of rich patrons into a Founder’s dharma. From Devanampiya to this, every epoch gets the Ashoka it deserves.