Democracy endangered by government and media

Misinformation is now treated as reliable information, a reflection of the turn our democratic institutions have taken 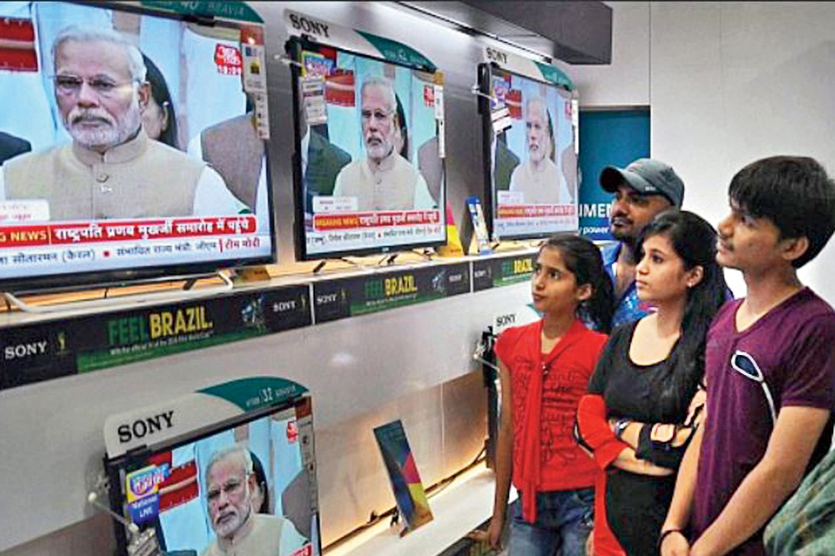 Times have changed. Our national discourse has become not just adversarial but also uncomfortably divisive. There is no space for debate. Any opposition to the government, by individuals and at the level of political parties, is termed anti-national. We must, in symphony, support the government whenever and whatever the government says about Pakistan. If the Opposition raises questions which need to be asked, it is charged with being unpatriotic. Those critical of the government on Facebook or Twitter face the prospect of being slapped with charges of sedition.

With the Lok Sabha elections round the corner, the public discourse will become unbearably noxious. Prominent cheerleaders in the electronic media root for the prime minister, no matter what he says. When Bofors was exposed by The Hindu, the Opposition had questioned Rajiv Gandhi. When Rafale was exposed by The Hindu, the government questioned The Hindu. Questions raised by the Opposition are perceived to be attempts to weaken the defence services. I vividly remember the mayhem caused by the terrorist attack on November 26, 2008 in Mumbai. Narendra Modi, the then chief minister of Gujarat, flew to Mumbai and while the attack was on, publicly questioned the then government and called it ineffective and unable to take care of our national security. When Pulwama happened, the government questioned those who question the government. Mr Modi probably has a very short memory. He did not stand by the nation and the then government while terrorists were causing havoc in Mumbai. He perhaps believes that his words and actions at that time represented patriotic fervour.

In the midst of all this, the media display their own double standards and choose not to expose the double standards of the prime minister. This is a reflection of the turn our democratic institutions have taken. Prior to 2014, the press and the electronic media vilified the United Progressive Alliance at every step. Today, the press and, more particularly, the electronic media — I do not mean all sections of the media — have chosen to be the cheerleaders of this government. Almost every statement made by Opposition leaders is distorted. Every act of the government is eulogized as an act of patriotism. All statements made by the prime minister and this government are taken at face value. Nobody questions the data put out by the National Sample Survey Office. None questions the statements made by the government about the elimination of 300-400 terrorists pursuant to air strikes to avenge the tragic loss of 40 jawans of the Central Reserve Police Force at Pulwama. Members of the press and television anchors, who wear patriotism on their sleeves, sing paeans to make the prime minister look larger than life. Data put out about success of the schemes renamed by this government are not investigated to ascertain the truth. Stakeholders who question the data are pilloried by an army of right-wing bhakts who are abusive. Fake news attributing statements to political leaders that have never been made go viral. Ironically, the government summons Facebook and Twitter to seek explanations as to why certain posts by those close to the establishment are deleted. The government is not worried about fake posts, which target Opposition leaders. Misinformation is now treated as reliable information. Attempts are afoot to create a false narrative that this government has fundamentally changed the trajectory of India.

Newspapers carry advertisements which showcase the prime minister. Public money is being frittered away, and there is no one to question. A few editors of newspapers who do have the courage to stand up and question the establishment in this suffocating environment deserve to be congratulated. By and large, the fourth estate has become the estate of the government. The media’s diminishing returns have put off large sections of the population who have stopped watching television. It is no longer a vehicle for disseminating news. Acrobatic sound bites seen every evening on certain channels, along with uninformed and highly toxic criticism, are reflective of the chaotic nature of our democracy. Such spectacles can only have propagandist value.

If the government and the fourth estate are on the same page, democracy is truly in danger. It is, therefore, important for the people of our country, especially those who have the capacity to articulate, to stand up and speak their mind. For if they don’t, untruths will go unchallenged and truth will be buried deep. Institutions, given a special responsibility under our constitutional framework, are accountable to the country and not to the government. They too must speak their mind and not become captive fiefdoms of the government. Investigating agencies, both at the Centre and the states, must pursue the wrongdoers no matter who they are. What we see is selective persecution and prosecution of those opposed to the government and the protection of those who are either part of the government or its affiliates. The judiciary must also realize that unless it protects those targeted unjustly, it may also be perceived to be partisan.

The highway to prosperity and achchhe din requires peace, tranquillity and institutional integrity. It seems that we are living in an India which is unfair, where those at the bottom of the pyramid live only on hope. Others, barring the chosen few, are losing hope.