Of crime and complicity

THE THIN EDGE: How did we hand over the country to know-nothing, dogmatic reactionaries? 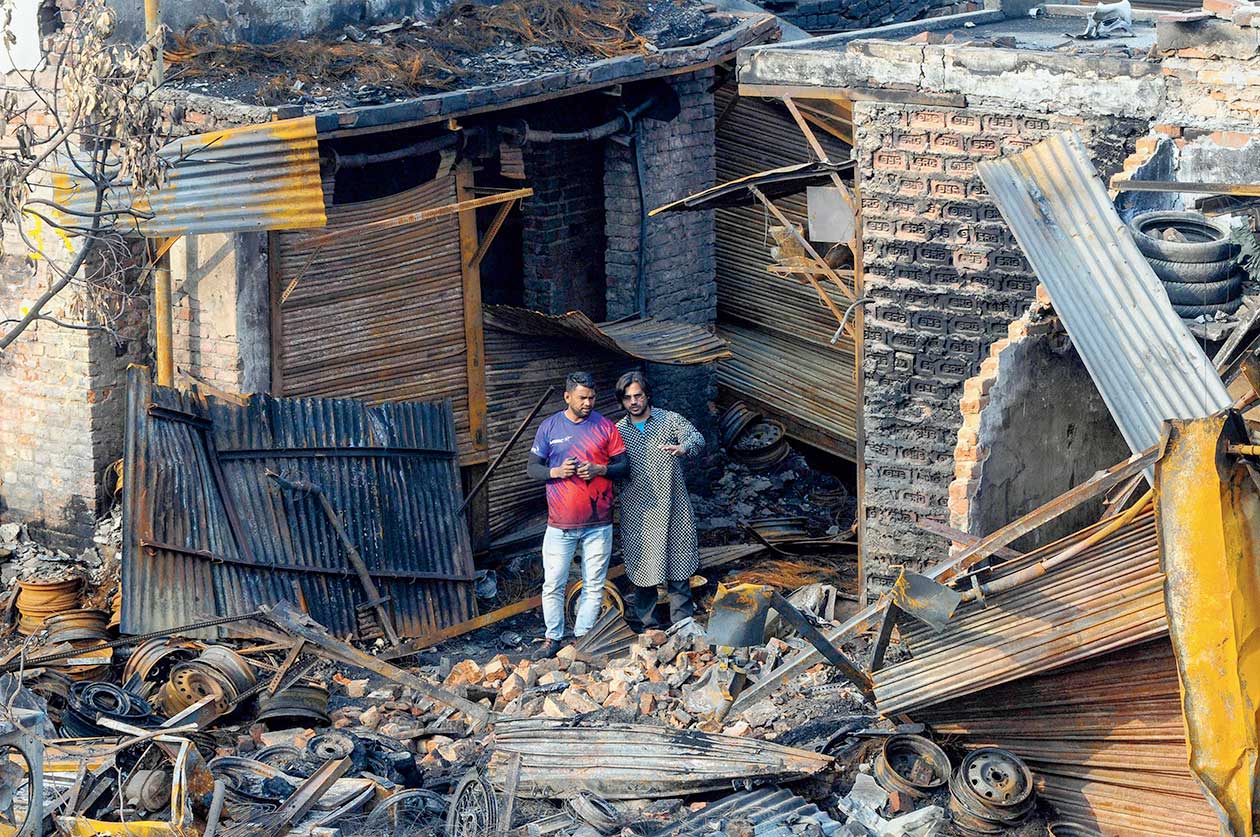 After the targeted killings and mayhem started in northeast Delhi, I shared a friend’s post on my Facebook wall: “I have a question for all my friends who believe in this current government. If I can provide irrefutable evidence that this violence was committed by goons egged on by Kapil Mishra and other BJP leaders, and the police was specifically asked to co-operate, would you change your mind? Would you question the communal agenda of the people you voted into power? Because I have evidence. You can decide that enough is enough and call out the people you voted in. Or you can continue to pretend that these are just fringe elements and irritations and the government and the likes of Adityanath and Shah have no communal agenda. It’s getting to the point where you’ll probably have to decide. Because with your active support or tacit consent, these people are tearing the country apart. And this will be on your head. You will have to answer one day.”

While I don’t have too many friends who are supporters of the BJP-RSS, a section of my family in Gujarat has long held that Narendra Modi is their ‘bhagwan’, their true hero, and nothing he or Shah or any of the other BJP-RSS leadership does is ever wrong. A member of this branch — in his 30s — responded to my post: “Riots are bad. They just shouldn’t happen. I hope your friend shares data to the police if you still believe in them or go to the Supreme Court. But blaming someone is like any other person of our country who is not aware of ground reality but spreading rumours just because he or she has some followers who shall be intrigued to know more about riots... and spread more rumours. If someone has proof they must approach the right authorities and help. That’s my belief.”

To which, I felt like answering with this letter.

Your reply reveals a lot about the world you live in — it seems that you live in a bubble, which is neither good for you, nor safe, because bubbles are very fragile things. I feel you need to see what is actually going on around you.

You’re right. Riots are bad and they shouldn’t happen. What is happening in Delhi is not rioting between two equal forces but something far worse — it is a mob chanting ‘Jai Shri Ram’ mixed with the filthiest abuses, backed by the police which report to the home minister, that is attacking poor Muslim neighbourhoods, just as it happened in your Gujarat in 2002. Every video of BJP leaders’ threatening, incendiary speeches and most videos of the actual violence indicate that these attacks were pre-planned and not ‘spontaneous’ as is now being claimed by the government. Just like in Gujarat in 2002.

‘Your friend should share data with the police.’ It’s not as though my friend has some special, secret evidence. The ‘data’ are there for all of us to see, in photos, videos and first-hand reports. The police can see all this on the internet as easily as anyone else, but they are pretending not to have seen it. Because the ‘data’ overwhelmingly reveal that the police are partners in the serious crimes taking place; they show the police standing right next to the ruling politicians making threats of violence and then right next to their thugs when they actually carry out the threats, or are even participating. So, no, there is no faith left in the police after their deliberate, repeated failures to protect people in Delhi from brutal attacks by violent mobs. We have seen this in JNU, we have seen this in Jamia, and we have now seen this in northeast Delhi.

“Go to the Supreme Court”. People have gone to the Supreme Court and before that to the high court also. Here is what happened in the high court a few days ago: one Delhi High Court judge pulled up the Delhi police for not protecting ambulances taking grievously wounded people to a properly equipped government hospital and also for not lodging immediate FIRs against the BJP leaders who had made provocative and dangerous hate speeches; this judge, Justice S. Muralidhar, was due to be transferred to the Punjab and Haryana High Court over the next couple of weeks but his transfer order was passed overnight after he delivered his strictures and he had to stop work in Delhi the very next day. You can argue that this was a coincidence but no one in or around the high court was fooled — the government is bent upon crippling or disabling any legal, non-violent opposition to its policies and actions by any means, fair or foul.

Next is the business of “ground reality” that you mention. When there is such overwhelming evidence through video, photographs and reports from the spot, I think we can come to a reasonable conclusion about the ground reality, whether one is sitting in Gurgaon, Gujarat or Gariahat. I would suggest to you that you are choosing to be blind to what’s going on in Kashmir, Uttar Pradesh and Delhi. Why? Because to recognize this reality would mean losing your comfortable place in the world; because you would have to accept that you and all those around you who have kept belief in Modi & Co. for all these years have been — at best — guilty of grave and selfish misjudgment, or — much worse — deliberate indifference to organized murder and rape and grievous assault. In either case, this means you have thrown out of the window every tenet of the Bhagavad Gita, of your dharma, of the sanskriti you claim to value so much, of all morals and viveka that you are supposed to never abandon.

One day, I think people, possibly even your own children and grandchildren, will ask you about this: how did we hand over the country to know-nothing, dogmatic reactionaries? How did we become more narrow-minded than Pakistan, Iran and Saudi Arabia? Why do people keep mentioning Germany under Hitler and Himmler and India under Modi and Shah in the same breath? Why did you pawn our environment for some mirage of corporate growth? Why did the Republic we forged in the country we clawed away from the British break up so easily?

When this kalyug passes and you look back, you may be horrified at how you were a cheerleader as your culture and your country were being destroyed because of an irrational hatred of Muslims, of Dalits, of Hindus who are not exactly like you and others who may not believe in any religion at all. When you look back at this moment, you may be appalled at how you put on virtual-reality computer-game goggles and never saw what was actually going on around you.

I would urge you to think again, before it’s too late. Because one day, you will have to answer, even if it’s only to yourself.